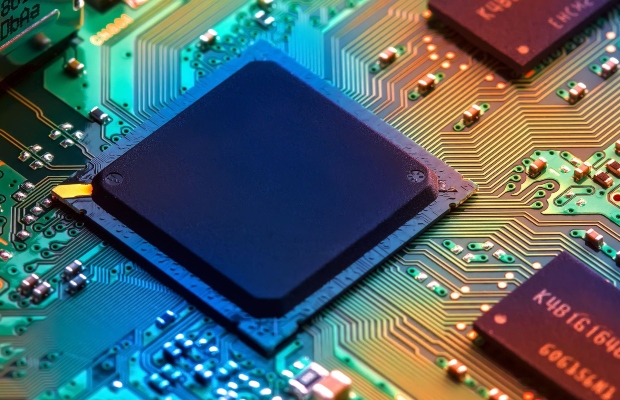 The semiconductor industry’s approach to IP has largely been shaped by the rapidly developing technology. Arabinda Das of TechInsights charts how patent strategies have evolved.

Over the past 60 years, the semiconductor industry has experimented with various design and development models such as integrated device manufacturer (IDM), fabless, and foundry concepts, each of which adopted different IP strategies.

Today, annual semiconductor sales revenues top $400 billion in an industry with many players focusing on different areas of semiconductor development across the globe. In the early years, however, designing an integrated circuit was a laborious task.

It required specialised engineers who had to create the circuits and layouts manually, limiting R&D to a select few manufacturers who not only could afford this costly process, but had their patents centred around all aspects of their product.

In the early 1980s, electronic design automation tools started to appear on the market, which led to a standardisation of processes and allowed more companies to enter the manufacturing arena. This helped split designing and manufacturing processes—allowing them to occur independent of each other—and was a huge relief as manufacturing was becoming extremely expensive and required regular upgrades to the equipment and process.

IDM, fabless and foundry came into being from this split. IDMs included the most resourceful organisations—Texas Instruments, Intel, and IBM—who had control over everything from initial design to the finished product. This resulted in portfolios with a wide spectrum of patents.

Figure 1 depicts a 1990 Texas Instruments 4MB CMOS dynamic random-access memory (DRAM), which employs a trench capacitor for data storage. Texas Instruments not only designed the DRAM, but also manufactured the device and packaged it all at their own site in the US. Texas Instruments no longer fabricates memory products or logic processors, but it does continue to monetise its vast IP assets.

Companies operating under the fabless model designed their own products but relied on foundries for manufacturing. Fabless organisations concentrated exclusively on the functions and applications their products could bring to the market, and they filed patents accordingly.

“IDMs included the most resourceful organisations—Texas Instruments, Intel, and IBM—who had control over everything from initial design to the finished product.” - Arabinda Das, TechInsights

Qualcomm was one of the early adopters of the fabless model, which it maintains today. Figure 2 shows images from Qualcomm products—one from the late 1990s and one of its most recent devices.

The foundries were constantly confronted with manufacturing challenges such as defect density, patterning multiple layers of dielectrics, and the filling of high aspect ratio structures, creating a need to constantly look for workarounds. Every major problem solved resulted in a patent (or many patents).

For the next 10 years, the patent portfolios of fabless and foundries remained distinctly separate. Many IDMs either adopted the fabless-foundry model or dropped out of the semiconductor industry altogether as maintaining the entire process required immense resources and expertise.

In 1997, IBM introduced copper interconnects to semiconductor technology, an innovation which was then adopted by all other logic manufacturers. Copper interconnects introduced new challenges such as chemical mechanical polishing of copper and tantalum-based barriers, but also generated an abundance of process patents from different manufacturers.

Moore’s law, which states that the number of transistors on a chip doubles every two years, reached its apex during this period as a variety of chips were manufactured for a multitude of applications.

Depending on the number of inputs/outputs, configurations could vary from wire bonding to flip-chip, pin-grid arrays, surface mount technologies, and more.

These package configurations and processes were so different it sparked the creation of the out-sourced assembly test (OSAT) in the late 1990s.

OSAT did a formidable job of testing the devices, packaging them and patenting the back-end process. A few IDMs who kept a close eye on the entire process contributed to many significant milestones in the packaging industry, such as the ball-grid array, and flip-chip copper pillar process. By the mid-2000s there were four distinct groups—IDM, foundries, fabless and OSAT—developing their own distinct IP.

“Technology is still fragmented into many specialised areas, but the interfaces between different categories are more fluid than ever.”

In 2007, the chip ecosystem was disrupted by the introduction of Apple’s iPhone. As smartphones developed, innovating new compact packages became a necessity. Data organisations required application specific processors which were not yet available in the market and so companies like Microsoft, Apple, and Google started designing chips for their applications, creating a re-integration of the semiconductor process.

The convergence of different organisations led to the creation of patents at the intersection of portfolios. This demand pressured companies to act quickly and, as a result, the boundaries between design-houses, foundries, and software companies became quite blurred. Foundries, for example, began getting involved with design and packaging.

Taiwan Semiconductor Manufacturing Company (TSMC), one of the leading foundries, expanded its portfolio in a variety of fields including chip manufacturing. It has gone on to develop its own proprietary integrated fan-out packaging technology, in which stacked DRAM dies are placed on top of an embedded processor that has redistribution lines on its molding compound.

Figure 3 shows one of the latest packaging products by TSMC, which is used mainly for Apple processors.

In the future, there will be an even greater mix of patents from various groups with the emergence of technologies such as 5G. In the era of 5G, new applications are emerging.

One of the prominent technologies is massive multiple input multiple output (MIMO). MIMOs are configured to allow a wireless network to transmit and receive multiple data signals over a single radio channel.

Multiple antennae are needed on the same platform; as a result, future smartphones will have more sophisticated antenna structures.

This concept has opened a novel package application called antenna in package or antenna on package which is a subset of embedded fan-out packaging.

Embedded fan-out packaging was designed to incorporate active and passive components (such as the antenna, inductors, and capacitors) in the package.

“One possible way forward is to accept the concept of open innovation—embracing technologies and ideas from outside companies in order to further develop one’s own innovation.”

Infineon was one of the pioneers of embedded fan-out packaging. The German semiconductor manufacturer developed its embedded wafer-level ball grid array in 2008 and licensed it to STATS ChipPAC, ASE and Amkor.

The three OSAT companies made further developments to the original idea by offering solutions to integrate multiple actives and passives in the package, including antenna structures. This encouraged many other players to join the fan-out technology community.

When Infineon built a precise motion detection device technology for the Google Pixel 4 smartphone in 2019, it did it without using their embedded fan-out technology. According to TechInsights’ analysis, the antenna was incorporated into the printed circuit board rather than being embedded in the package.

This further reinforces the interdisciplinary mindsets that most modern tech giants are embracing: they are not fixated on one technology, they adapt and change to meet requirements. Today, at least ten companies—eight of which are OSAT players—are involved in fan-out wafer-level packaging.

2020 has seen the greatest movement of IP since 2010. Then, IBM, LG and Nokia were some of the most prominent sellers while most buyers were non-practising entities.

Now, technology is still fragmented into many specialised areas, but the interfaces between different categories are more fluid than ever. The resulting patent landscape is filled with opportunities for IP practices.

One possible way forward is to accept the concept of open innovation—embracing technologies and ideas from outside companies in order to further develop one’s own innovation. This allows semiconductor companies to focus on their core strengths and rely on massive collaboration with other companies and/or research consortia in areas where they do not have the required skills.

It is to be hoped that the future of IP focuses on the emergence of creativity, which is so characteristic of the semiconductor industry.

Arabinda Das is a senior IP technology solutions analyst at TechInsights. He can be contacted at: adas@techinsights.com