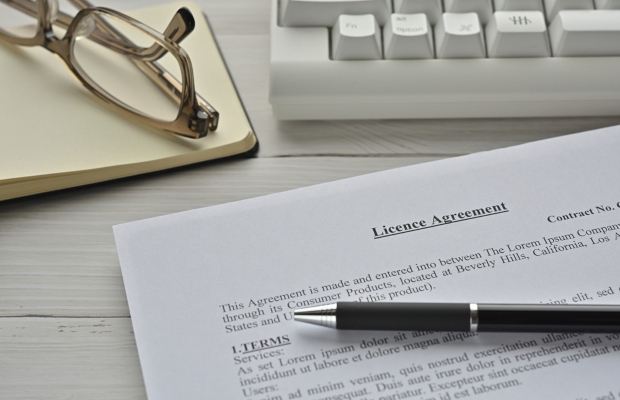 To be valid the licence agreement must be registered with Rospatent, the Russian governmental agency in charge of intellectual property. No due date for licence agreement registration is set. However, failing to register a licence will result in the licence not being considered as being in force. The licensor will not be able to collect royalties if the licence is invalid or expired. On the other hand, using the registered IP without a valid licence granted by the owner of the IP right constitutes an infringement.

The agreement must be made in writing and translated into Russian. Bilingual agreements are also subjects for registration and can be used as an option. The English and Russian versions must completely correspond to each other.

Rospatent accepts the following documents for the licence agreement:

Usually, the owners are reluctant to submit the full agreement as it contains confidential information. In these cases, it is possible to submit an extract or a notice.

“The licensee may, by agreement, grant the right to use the result of the intellectual activity or means of individualisation to another person.”

Licence agreements concerning granted Eurasian patents need to be registered separately with the national patent offices of the member states of the Eurasian Patent Convention.

The corresponding Eurasian patent must be in force in the member state where the licence is to be registered. Formal requirements and the registration process depend on the national legislation of the member state.

Annikki Hämäläinen is a trademark attorney and partner at Papula-Nevinpat. She can be contacted at: annikki.hamalainen@papula-nevinpat.com

Erik Viik is a patent attorney and partner at Papula-Nevinpat. He can be contacted at: erik.viik@papula-nevinpat.com