Remittal in opposition appeals: the ‘ping-pong’ carries on 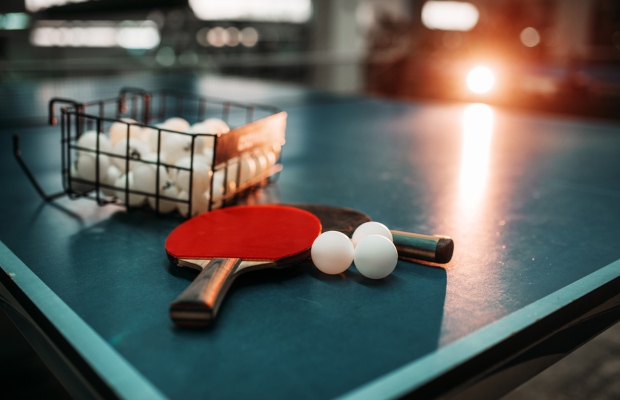 Despite a change in the rules, there has been little sign of a reduction in remittals in opposition appeals at the EPO—so what’s going on, asks Andrew McKinlay of Appleyard Lees.

The European Patent Office’s (EPO) revised Rules of Procedure of the Boards of Appeal (RPBA 2020) came into force on January 1, 2020. One of the revised rules covered “remittal”—the practice of a Board of Appeal sending the case back to the department of first instance (the Opposition Division for oppositions) to continue examination.

The Opposition Division almost always examine the grounds of opposition against a patent in the same order: added subject matter, insufficient disclosure, novelty, and then inventive step.

If the patent falls on added subject matter the examination stops and no decision is taken on the later grounds. If the Board of Appeal then overturn the added subject matter decision, they have the discretion to examine the remaining grounds themselves. However, the long-standing practice has been to send the case back to first instance to examine the other grounds.

This practice ensures that the parties are heard on all grounds at both instances. It also opens up the possibility of a case “ping-ponging” between a board and the Opposition Division, delaying the procedure for years.

Previously, remittal was left entirely to the discretion of the Board of Appeal, except in cases where a fundamental deficiency, such as a procedural violation, had occurred.

In contrast, the rules introduced in January 2020 (article 11 of the RPBA 2020) state that the board shall not remit “unless special reasons present themselves”. The phrase “special reasons” suggests that remittal should be the exception rather than the rule.

The notes accompanying the revised rules make clear that the intention of the change is to avoid such a ping-pong situation. The expectation is that if all the issues can be decided without undue burden, a board should not remit.

How have the boards reacted to this change? Looking through opposition appeal cases where remittal was an option, we can see how the boards are applying the new rule.

We reviewed 21 opposition appeal decisions where remittal was considered. Among these, 20 cases were remitted for further prosecution on grounds not considered in the appealed decision.

In each of those 20 cases, the boards relied on similar reasoning. They regularly referred to article 12(2) RPBA 2020, which makes clear that the primary purpose of the appeal procedure is to review the decision at first instance, prioritising this rule over article 11. They also regularly pointed out that it would put an undue burden upon the board to carry out the initial examination of a ground not considered in the appealed decision.

In some of the cases, one or both parties had not provided any argument during the appeal procedure in relation to the other grounds, focusing only on the grounds in the appealed decision. In such cases, the boards also pointed out that there were no arguments before them which would allow them to take a decision.

“It is not surprising that the boards are still choosing to remit in the same manner they previously did.”

The boards appeared to have settled on the view that these factors are “special reasons”, despite the fact that they will always occur when a first instance decision is taken to revoke a patent on added subject matter or sufficiency.

In the one case where remittal was not ordered (T2202/19), the opposition had been withdrawn, leaving the patentee as sole appellant. The board took the view that the preliminary opinion of the Opposition Division, the former opponent’s arguments at first instance and the appellant’s comments in the grounds of appeal allowed them to dispose of the case. As the opponent was no longer a party and the board found in the patentee’s favour, the patentee was not being disadvantaged by these issues not being heard at two instances.

The meaning in practice

It is not surprising that the boards are still choosing to remit in the same manner they previously did. As well as the underlying principle that any decision taken for the first time should be appealable, remitting can significantly reduce the amount of work they must do in order to issue a decision.

At first glance, the idea of boards regularly taking an initial decision on a particular ground runs contrary to their function as a body of judicial review. However, it is hard to square the language of article 11 RPBA 2020 and the motivation behind the rule change with the outcome in practice.

From a practical perspective, a party trying to ensure that a case is remitted would be well advised to avoid entering into a discussion in the appeal procedure on the undecided grounds, and to refer to the growing body of decided cases where remittal has been ordered under the new rules.

Andrew McKinlay is a senior associate at Appleyard Lees. He can be contacted at: Andrew.mckinlay@appleyardlees.com