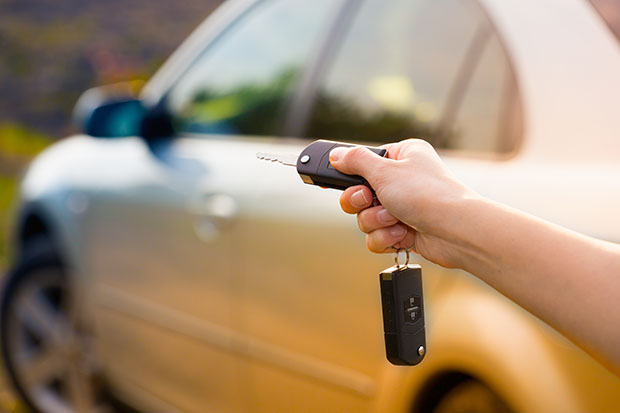 Is an open or closed patent strategy the best way forward to promote innovation and technological development? Moira Sivills of Minesoft investigates.

Global societies have shifted in the last century, progressing from manufacturing-based economies to the innovation-driven economies that are more prevalent in the 21st century. This means that patent knowledge and strategy are now more important than ever in order to create business value.

Traditionally, companies have used a closed patent strategy designed to protect and prolong the lifecycle of existing technologies from business competitors. Patents remain a popular way of safeguarding original work, with almost 3.17 million patents filed worldwide in 2017 (World Intellectual Property Organisation Indicators 2018). This is a 5.8% increase from 2016.

The patent system benefits both the inventor and the general public. Inventors protect their inventions from imitation by disclosing information to the public, in exchange for owning a limited-time monopoly and securing a large share of the market. For the public, anyone with access to the patent data can improve upon, combine, or invent around the initial patented idea. It is extremely rare for inventors to come up with a brand new idea, so having access to a high quality and up-to-date patent database such as PatBase is essential.

Companies that know what to look for in patent data can exploit patents in their favour. A prime example of patent exploitation is shown through the evolving nature of the smartphone market.

Nokia and Blackberry dominated the high-end phone market in the early stages. However, since 2011 they have been usurped by Apple and Samsung, with an estimated value capture of 42% and 34% of the market share respectively in 2017 (World Intellectual Property Report 2017: Intangible Capital in Global Value Chains).

To maintain their market shares, Apple and Samsung are both determined to innovate and re-purpose technology to stay ahead of the competition, expanding into a variety of products and services such as the computers, watches and televisions. The increase in R&D expenditure has increased the number of patents filed year on year, with Samsung ranking second for the number of US patents assigned in 2017.

However, as smartphone technologies are becoming more closely linked, the jealous protectionist approach has led to concurrent suing of the two tech giants over patents. Apple has sued Samsung for copying the swipe-to-unlock and display screen design features, leading to a dragged out seven-year patent battle. Although defensive patenting is slowing down competition, it is also stifling technological progress due to the trade-off between litigation
and innovation.

The high costs and inefficiencies of infringement have led many companies to seek a more collaborative patent strategy. Samsung has collaborated with top Android phone makers to share free patents covering Android and Google applications. But for businesses like Apple, with integrated and coordinated product lines, they will still be inclined to continue using a closed approach to dominate the field.

Given the current pace of technological advancement, patent activity and patent “wars” are expanding into previously untouched sectors. This has created an urgent need for IP fluency, giving rise in some cases to an open, free-for-all patent strategy.

This new paradigm of open and collaborative innovation challenges the traditional practices on IP ownership and is gaining popularity in many large international companies. Knowledge-sharing without the monopolistic barriers enables external sources of innovation and external commercialisation strategies, leading to accelerated innovation cycles. This has also brought many previously unaffordable options to small and medium-sized enterprises (SMEs).

In addition to accelerating technology advancement, an open approach can also build a more sustainable future and increase public welfare. Key industry areas such as energy, water and transport are constantly under pressure to move to more sustainable methods of production and consumption, in order to adjust to climate change and sustain the global population of 9.8 billion expected by 2050 (UN, World Population Prospects 2017).

Elon Musk, the CEO of electric car manufacturer Tesla, created a stir in the motor industry when he announced a daring move in 2014 that his company was giving away its patents for free. This may seem unusual due to the disproportionate returns when considering the huge costs of R&D and patent fees incurred.

Musk’s main motivation for removing his patent barrier and welcoming competitors is to increase the electric vehicle market. It currently accounts for less than 1% of the total number of vehicles in circulation (Global EV Outlook 2016: Beyond one million electric cars).

Car companies such as Ford, GM and Fiat are not in direct competition with Tesla’s battery motors, so Tesla will need to persuade these global car manufacturers to join the market by offering free access to the technology. As more electric vehicles are being built, more electric charging stations will also be built. For consumers, sustainable cars become more visible and a popular choice. In theory, this helps build the size of the electric car market and, as a result, increases Tesla’s total volume of sales.

Musk’s clever patent strategy not only strengthens his position in the market but also increases the uptake of more environmentally friendly, zero-emission cars. Open patent strategy has made it easier for new and ‘clean’ technologies to be developed and adopted, aiding the sustainability transition.

Will there be the same motivation for investors who already own a large share of the market to give away complex technology for free? Other variables include the uniqueness of the technology and the size of the industry, which may skew the effectiveness of an open strategy. This is shown in the health case study on Plumpy’Nut, a small innovative firm that benefited from a closed patent strategy and contributed positively towards public welfare.

Plumpy’Nut is a peanut-based paste for emergency treatment of severe malnutrition. It is an easy-to-administer outpatient treatment, so hospital resources can be freed up to take on more seriously ill patients. This simple, unique innovation fights the pressing societal challenge of hunger and is protected through patents.

IP ownership is particularly important for small innovative firms in the early stages, especially in developing regions where they are more vulnerable to exploitation. Harnessing an effective tool such as Minesoft’s Legal Status Tracker can allow these small organisations to carry out targeted monitoring of risks and opportunities.

Additional benefits of Plumpy’Nut is that it can be locally produced where the products are most needed. This generates employment and skills in these regions, which are helpful towards society. The patents in this case not only protect the product, but also the production process, eliminating the threat of global manufacturing sites taking over production from these developing countries.

The labelling of patent strategy to be promoting or stifling progress is perhaps too theoretical. There are situations where using an open patent strategy, like Tesla, has clear advantages in popularising and establishing new and widespread sustainable technologies.

There is also a rationale for using a closed patent strategy like Plumpy’Nut’s, which helps puts the building blocks in place and helps social causes.

There are several factors to consider when opting for an open or closed patent strategy: the complexity of the invention, amount of competition, size of industry and investor motivations. The priority for decision-makers now is to discover an optimum strategy to maximise IP value and build a sustainable future.

Protecting, monitoring and investing in your company’s IP is beneficial to companies of all sizes. A well-informed IP team can help decision-makers adjust their patent strategy to strengthen business and IP value.

Moira Sivills is a member of the Minesoft support team who also works closely with Minesoft’s business development team for China. Sivills has a degree in economics from the University of Edinburgh and speaks Mandarin fluently. She can be contacted at: info@minesoft.com