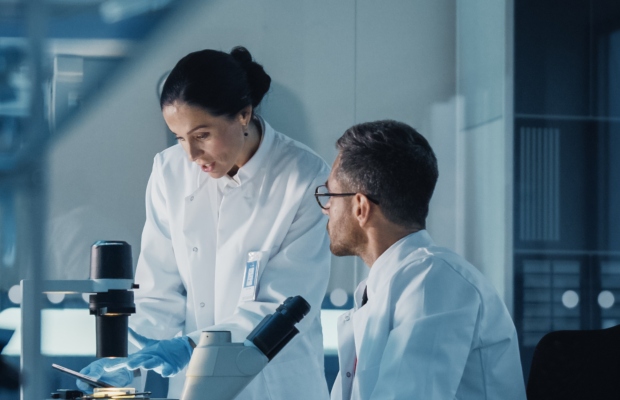 A duo of cases from the Federal Circuit has added complexities to the drafting of patent applications for antibody inventions, explain Hailey Bureau of BSKB and Olayinka Oladele of the Thurgood Marshall School of Law.

This year, two precedential decisions by the US Court of Appeals for the Federal Circuit, Amgen v Sanofi (2021) and Juno Therapeutics v Kite Pharma (2021) have elevated the standards for satisfying the statutory requirement for enablement and written description of a patent application in the context of inventions that involve antibodies.

The statutory requirement for written description, support and enablement can be found in 35 USC §112(a), which states: “The specification shall contain a written description of the invention, and of the manner and process of making and using it, in such full, clear, concise, and exact terms as to enable any person skilled in the art to which it pertains, or with which it is most nearly connected, to make and use the same, and shall set forth the best mode contemplated by the inventor or joint inventor of carrying out the invention.”

In order to invalidate a patent for lack of enablement, “a challenger must show by clear and convincing evidence that a person of ordinary skill in the art would not be able to practise the claimed invention without ‘undue experimentation’.” (Alcon Research, quoting In re Wands, Fed Cir 1988).

This finding requires a conclusion reached by weighing factual considerations as set forth in Wands (known as the “Wands factors”):

A specification satisfies the written description requirement when it “reasonably conveys to those skilled in the art that the inventor had possession of the claimed subject matter as of the filing date”. (Ariad Pharmaceuticals v Eli Lilly & Co [Fed Cir 2010] [en banc]).

The court in Ariad set forth factors for determining the adequacy of the disclosure including the knowledge in the field, the extent and content of the prior art, the maturity of the science or technology, and the predictability of the aspect of the invention in question.

”With the increase in complexity comes an increased challenge in presenting a specification that meets the enablement and written description requirements.” - Hailey Bureau, BSKB

Amgen provides precedential clarity in a rather contentious topic of enablement with regard to antibodies. The case centres on the ‘165 and ‘741 patents owned by Amgen which describe antibodies that bind to the PCSK9 protein, and lower-density lipoprotein levels (LDL) by blocking the protein from binding to LDL receptors.

Sanofi asserted that Amgen focused on the number of antibodies that have already been proven to satisfy the claims, while precedential cases require that the actual number of candidates must be made and tested to determine whether they satisfy the claimed function. Here the court focused on the functional language in the composition claims, notably that a “monoclonal antibody binds” or “blocks binding”.

The court concluded that “the claims are far broader in functional diversity than the disclosed examples” and that the given examples are simply too few and too narrow to provide a person having ordinary skill in the art any guidance, other than by trial and error, on how to determine which antibodies would bind or block binding as required by the claims. Based on this determination, the Federal Circuit affirmed the lower court’s determination that the claims are invalid for lack of enablement.

Juno’s ‘190 patent relates to a nucleic acid polymer encoding a three-part chimeric antigen receptor (CAR) for a T-cell. Generally, CAR T-cell therapy involves isolating a patient’s T-cells, reprogramming those T-cells to produce a specific, targeted receptor (a CAR) on each T-cell’s surface, and infusing the patient with the reprogrammed cells.

Dependant claims 3 and 9 limit the claimed “binding element” to “a single chain antibody”, ie, an scFv. Claims 5 and 11, which depend from claims 3 and 9, respectively, specify that the claimed scFv binds to CD19. Kite’s Yescarta (axicabtagene ciloleucel) uses a therapy in which a patient’s T-cells are functionalised to express a CAR similar to Juno. Juno sued Kite, alleging infringement of the ‘190 patent through the use, sale, offer for sale, and importation of Yescarta. The jury reached a massive $1.2 billion verdict in Juno’s favour. Kite appealed to the Federal Circuit.

Tailor at least one independent claim to have a narrower scope that is fully supported.” - Olayinka Oladele, Thurgood Marshall School of Law

On appeal, the issue with Juno’s ‘190 patent is that although the specification provided examples of the two scFvs (ie, one derived from J591 and the other derived from SJ25C1), the claims cover a broader range of possible scFvs. Kite argued that the claims asserted are invalid for failing to satisfy the written description requirement because although scFvs are known to bind to some targets, the claims cover many possible scFvs and an undetermined number of targets, which was not known in the prior art.

Juno argued that scFvs were well-known CAR components that did not need to be detailed in the specification, and the two exemplified scFvs in the specification satisfy provide written description. The court sided with Kite, finding that a person having ordinary skill in the art would not have been able to determine which scFvs would bind to CD19 in a way that distinguishes them from scFvs that do not bind to CD19 because the specification presented a limited number of examples, and did not disclose structural features common to the members of the genus to support that the inventors possessed the broader scope of claims. Thus, the Federal Circuit reversed the lower court’s finding that the patent was valid.

Inventions that are directed to antibody technologies are often complex and unpredictable. With the increase in complexity comes an increased challenge in presenting a specification that meets the enablement and written description requirements. There are three aspects of drafting antibody applications that should be considered to avoid issues under 35 USC §112(a).

First, a sufficient number of representative examples across a broad range of the claimed significant features should be provided when feasible. While not every single claimed species must be present, identifying common elements and having representative examples of the common elements may be extremely beneficial to rebut an enablement or written description challenge.

Second, tailor at least one independent claim to have a narrower scope that is fully supported, based on the examples in the specification. Third, avoiding functional language such as “binds” or “blocks binding” or “interacts with” can narrow the interpretation of the scope of the claim.

Hailey Bureau is an associate at Birch Stewart & Birch. She can be contacted at: hbureau@bskb.com

Olayinka Oladele is a second-year student at Texas Southern University’s Thurgood Marshall School of Law. He can be contacted at: olayinka.oladele@bskb.com

Differences between US and European patent applications
01-02-2013