New therapeutic entities: The rise of the supergenerics 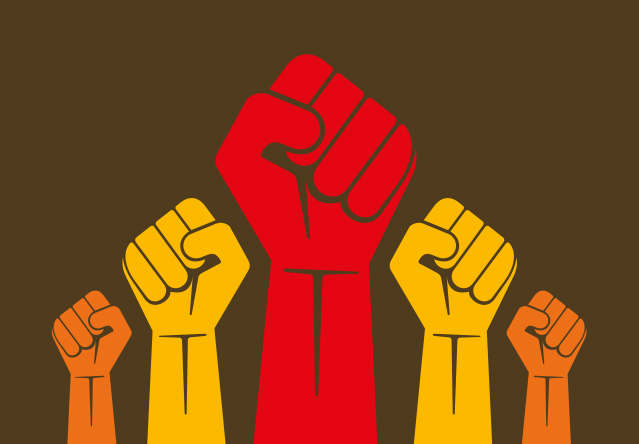 It is unclear whether the so-called new therapeutic entities are qualified to be patented under current Mexican IP laws. Soledad Betanzos-Lara of Goodrich, Riquelme y Asociados examines the current landscape.

Innovative research-based pharmaceutical industries are indisputably clever creatures. They seek intellectual property protection for each of their new molecules and, where possible, for the overall drug products. In particular they use patents, not only as a strategy for becoming the sole marketer and enjoying significant financial returns along the way, but also for driving away competitors.

Trailing along the long and winding road to patenting a pharma invention, which involves numerous years of monetary expenditure in clinical research and development (R&D), can ultimately ensure regulatory approval and marketing authorisation (MA) for the candidate drug.

Generic-based pharma industries, on the other hand, are a different type of (likewise) clever monster. They wait until the expiration of the innovative drug’s patent before legally manufacturing/marketing generic versions of it, as long as they have complied with local regulations.

This in turn represents a reduced financial investment—primarily due to the lack of R&D—translating into shorter timelines and a lower risk of failure. When a drug’s patent expires, it generally means that the once-monopolised product can become more affordable for the bulk of the population, although this is not always the result.

But what happens when a third beast is introduced: the so-called (and recently coined) new therapeutic entities (NTEs)? These specialist pharma products are improved versions of known and/or approved small molecules with established safety and toxicology profiles, which are designed to address specific unmet patient needs. The nature of the improvement may include drug delivery, combination formulations, modified dosage strengths, manufacturing or reformulation technology, and/or different routes of administration.

It is worth noting that these improved therapeutic products do not yet have a generally agreed name—as well as NTEs, they are referred to as supergenerics, hybrids or added-value generics, although the US Food and Drug Administration (FDA) does not yet recognise any of these terms.

Compared to innovative molecules, developing NTEs entails a reduced financial investment, as the timelines for R&D are naturally shorter, although they are more expensive to develop than ordinary generics. The route to commercialisation for NTEs, in general terms, is less of a winding road and significantly less complex, and at least in the US, they are good candidates for exclusivity.

In this context, it is still not entirely clear what pathway is more appropriate to use for filing/approving NTE applications for MA. The debate is between submitting applications covered by section 505(b)(2) of the Federal Food, Drug, and Cosmetic Act, for the development of novel formulations and new combinations, or section 505(j), for generic drug applications.

The first route, 505(b)(2), is particularly attractive to generic-based companies seeking to pursue NTE status, since it may provide a three-year period of market exclusivity.

However, what happens when it comes to seeking IP protection for a recently generated NTE? It is quite easy to recognise innovative drugs as being novel, being a produce of an inventive step, and having ample industrial applicability—ie, exactly the opposite of generic drugs. In fact, these three qualities are precisely the globally-recognised major requirements for an invention to be patented.

"The challenge becomes proving that such processes really involve some extent of creative input and that none of the existing methods would anticipate the resulting added-value generic."

Novelty implies that the invention or improvement must not have been disclosed, orally or in writing, and not used in an industrial process, anywhere in the world before the filing date of the application.

Similarly, for an invention to be the product of an inventive step, it must not be obvious or deductible to a person skilled in the art when using the information disclosed anywhere in the world on the filing date. An invention is accepted as having industrial applicability, in general terms, if it is useful in a production process.

The question that comes to mind is whether NTEs, understood as supergenerics, are entirely qualified to be patented under the current local IP protection schemes. There is not a definite answer and in fact, a few gatherings of specialists worldwide have been taking place to discuss this matter.

First, there definitely seems to be a novelty obstacle with NTEs, precisely because they use a drug or group of drugs that are already known. Mexican patent law, for example, is very clear on this point. Article 19, fraction VIII of the Industrial Property Law states that “the juxtaposition of known inventions or mixtures of known products, the variation in their use, form, dimensions or materials, except that in reality they are combined or merged so they cannot function separately or that the qualities or functions thereof are modified to obtain an industrial result or use not obvious to a person skilled in the art” are not considered inventions. Under this premise, it would seem that NTEs cannot truly be considered as novel inventions.

Furthermore, interested manufacturers argue that an NTE’s inventive step is salvaged by means of modifying the drug’s formulation, its release profile and/or by using another route of administration different to the innovative drug. The challenge becomes proving that such processes really involve some extent of creative input and that none of the existing methods would anticipate the resulting added-value generic. It seems that novel technologies emerging from an NTE’s manufacture will be the only entities to be patented, rather than the NTE per se.

“Incremental innovation deals with creating minor improvements or simple adjustments in a product’s current state. Re-innovation is the process of innovation and product development that occurs after a new product is launched, building upon early success but improving the next generation with revised and refined features, whereas radical innovation refers to radical, new inventions that produce milestones, new products or services, and as a result lead to the development of new industries,” say Barei, Fereshteh et al in Generics and Biosimilars Initiative Journal, 2013; 2(1):13-9. According to this argument, a supergeneric’s design would sit between incremental and radical innovation.

Finally, there is of course less complexity required to show that NTEs really do have industrial applicability. In fact, according to Global Business Intelligence Research, “since 2004, more than 245 drugs have been approved in the US, of which 70% were novel formulations and 18% were new combinations”.

It seems that the long-stigmatised generic-based companies are betting more and more on investing in some sort of innovation in the form of NTEs or supergenerics. This trend may serve to improve the clinical profile of a generic drug, promote patient-centred drug delivery and product design, increase manufacturing efficiency and reduce costs for the pharma companies themselves, but more importantly, also for patients.

As for patenting NTEs, even though some encouraging milestones have been achieved, there is still room for improvement. The major responsibility will sit on the regulatory affairs and IP organisations in each country in the coming years, not only for providing local benefit but also for reaching an international consensus.

Soledad Betanzos-Lara is a patent agent at Goodrich, Riquelme y Asociados. She specialises in national and international patents in the chemical, biotechnological and pharmaceutical areas, as well as in the protection and observance of IP in the pharma industry. She can be contacted at: sbetanzos@goodrichriquelme.com