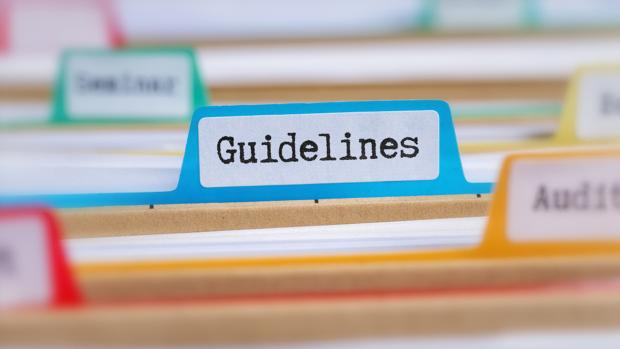 Japan’s Ministry of Economy, Trade and Industry (METI) established the “Good Faith Negotiation Guidelines for Standard Essential Patent Licenses” (the guidelines) on March 31, 2022. The guidelines are the norms of good faith negotiations provided by the Japanese government to be followed by SEP holders and implementers involved in SEP licensing negotiations, including for Japanese patents. The guidelines contain the following:

Standing of the Guidelines in SEP Licensing Negotiations

Actions to Be Taken at Each Step of SEP Licensing Negotiations

The following are the actions to be taken by a SEP holder and an implementer at each of the four main steps in SEP licensing negotiations.

While the framework based on the four steps, widely known worldwide, is useful in SEP licensing negotiations, not all licensing negotiations proceed in this order exactly. Therefore, the guidelines do not prevent the SEP holder taking the actions in STEP 3 together with STEP 1 or the implementer taking the actions in STEP 4 together with STEP 2. Moreover, if the parties go through all four steps once but they cannot reach an agreement, the parties may alternatively repeat the same actions as those specified in STEP 3 and STEP 4 thereafter.

<Image of the four main steps in SEP licensing negotiations> 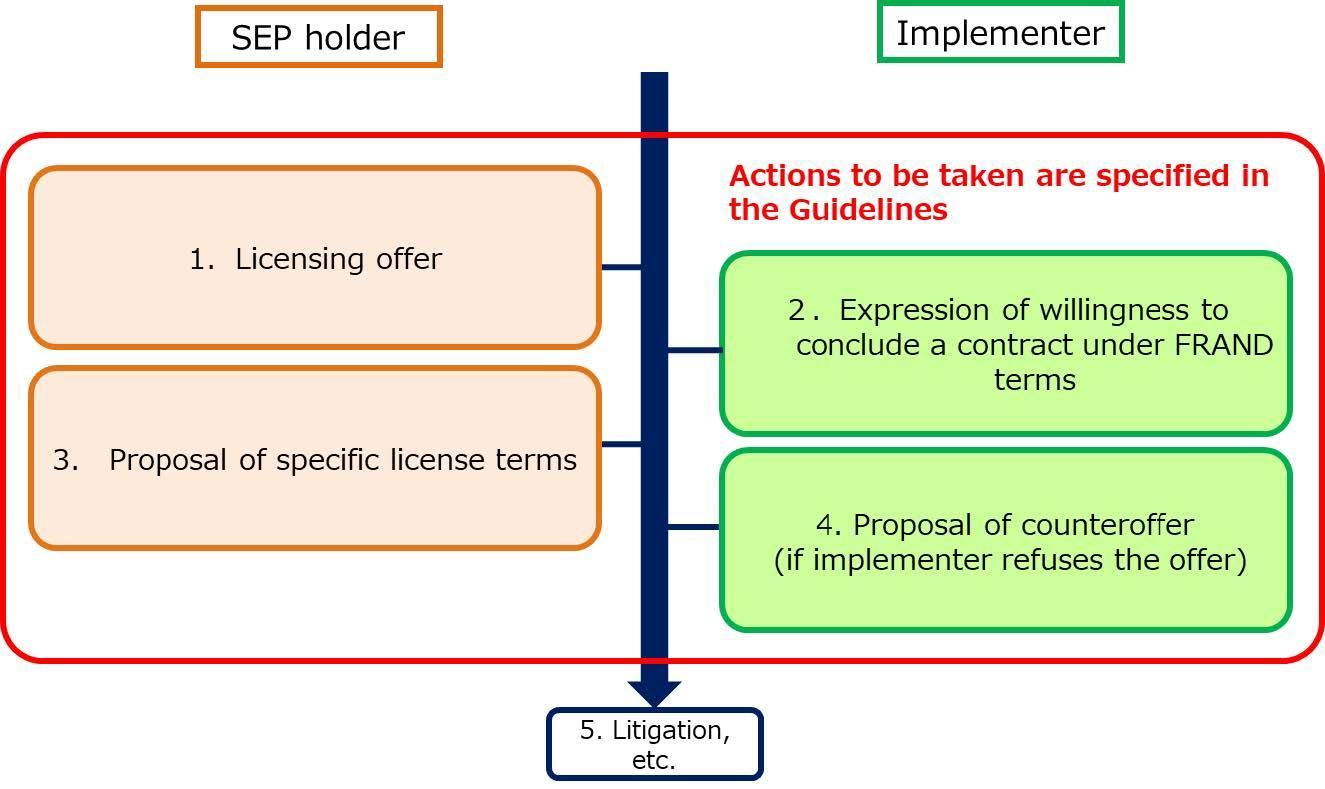 When the SEP holder presents the claim charts mapping patent claims to standards element by element, it is desirable that the SEP holder does not include them in the scope of a non-disclosure agreement (NDA) if requested by the implementer (Note 13).

(Note 12) The SEP holder does not need to prepare new documents to provide this information. It is sufficient for the SEP holder to provide existing documents, such as licensing declaration forms submitted to standard-setting organisations, if the documents indicate the existence of FRAND commitments and corresponding standard numbers for the subject patents.

(2) STEP 2: Expression of willingness to conclude a contract under FRAND terms [Implementer]

If the SEP holder has taken the actions specified at STEP 1 (licensing offer), the implementer should express its willingness to obtain a license for the subject patents under FRAND terms to the SEP holder. Even if the implementer expresses willingness while reserving the right to challenge the essentiality, validity, or infringement of the subject patents in the negotiation process as appropriate, its willingness to obtain a license under FRAND terms in good faith is not denied.

(Note 14) In the guidelines, the term “third-party licenses” indicates license agreements that the SEP holder or the implementer has entered into with third parties in the past. There are cases where NDAs with the third parties prevent the SEP holder or the implementer from providing the other party with information concerning the third-party licenses.

(4) STEP 4: Proposal of counteroffer (if implementer refuses the offer proposed at STEP 3) [Implementer]

METI explains that it will disseminate the guidelines to foreign authorities and Japanese judicial officials, and put them to use at METI’s consultation counter on unfair trade practices in the Antimonopoly Act.

At the "Study Group on Licensing Environment of Standard Essential Patents" (the study group) in METI’s establishing the guidelines, the members of the study group and the industries made the following comments:

In addition, at the 17th meeting of the Intellectual Property Committee, the Industrial Structure Council on March 3, 2022, committee members made the following comments.

The guidelines have been established based on these comments as well.

Still, however, the guidelines could be a powerful weapon for implementers. That is, to ensure fair competition in the market, METI has a consultation counter on unfair trade practices in the Antimonopoly Act, also known as the “Consultation Counter on Disputes among Companies related to Unfair Trade Practices.” It is also cooperating with the Japan Fair Trade Commission (JFTC) to effectively collect information on and swiftly investigate and deal with cases of potentially unfair trade practices. Based on these schemes, when METI receives information concerning a suspected violation of unfair trade practices at the consultation counter, it will specify the facts concerning the conduct and collect supporting information, and if necessary, report the matter to the JFTC. In addition, when METI takes on a case related to SEP licensing via the consultation counter, it will utilise the guidelines as a reference to conduct consultations and review the potentiality of unfair trade practices. In this way, the implementer may be able to prompt the JFTC to invoke its authority to initiate investigation procedures by consulting with the consultation counter to claim the SEP holder does not follow the guidelines. This may give the implementer an advantage in negotiations hiding behind the guidelines, since the SEP holder, even if it is a foreign company, may be subject to an invocating authority or an administrative disposition as long as it is doing business in Japan.

Regarding STEP 1, the members of the study group and the industries made the following comments.

For the issue of whether claim charts should be included in the subject of the NDA or not, it was determined that "it is desirable that the SEP holder does not include them in the scope of an NDA ... if requested by the implementer." According to the drafter of the guidelines, this is because, since both claims and standard specifications are publicly-known information, it is unlikely that the SEP holders would normally be disadvantaged even if claim charts that correspond to such publicly-known information on an element-by-element basis are presented without including them in the subject of the NDA. Rather, it is considered that it would contribute to facilitating negotiations by enabling the implementer to disclose the information to the parties who need to know in order to proceed with the negotiations without concerns.

The JPO's "Guide to Licensing Negotiations Involving Standard Essential Patents" is "a document objectively summarising issues concerning licensing negotiations based on domestic and foreign facts," whereas the guidelines are "the norms of good faith negotiations provided by the Japanese government," which is the major difference.

Takanori Abe is a partner at Abe & Partners. He is also guest professor, Graduate School of Medicine, Osaka University. He can be contacted at: abe@abe-law.com