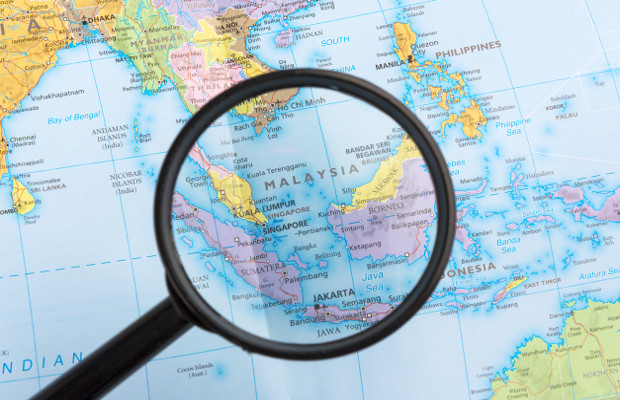 For several years, the ASEAN region has been touted as the next economic powerhouse. With a combined population of approximately 620 million, which is larger than the whole of the EU or North America, the ASEAN region has the third largest labour force in the world, behind only China and India.

It is therefore no surprise to see that ASEAN countries have been climbing up the ranks in terms of innovation capabilities, as seen in the Global Innovation Index (GII) for 2018. The most noteworthy mentions are Singapore’s rising from seventh spot in 2017 to fifth; Malaysia’s climbing from 37th spot in 2017 to 35th, and Thailand’s breaking into the top 50 for the first time, going from 51st to 44th.

Singapore, the highest ranked country within the ASEAN region, performed well in this year’s GII, especially in the indicators of government effectiveness and foreign direct investment outflows. Malaysia, the next-best ranked ASEAN country, showed increases in most indicators such as human capital and research, infrastructure and business sophistication.

Thailand gained high scores for tertiary education enrolment, creative goods exports and gross domestic expenditure on R&D financed by business. Notable mentions within the ASEAN region are countries such as Vietnam, moving up two ranks to 45th spot, and Indonesia which moved up two ranks to 85th.

Malaysia, Thailand, Vietnam and Indonesia have been exemplary in their efforts to boost their innovation capabilities and the results are evident, with these countries climbing up the rankings and getting closer to Asian powerhouses such as Singapore, Japan and Korea.

It would benefit these countries to emulate Singapore in its fierce dedication in driving innovation.

Daren Tang, the chief executive of the Intellectual Property of Singapore (IPOS), has said: “Innovation is becoming a driving force in our economy and globally. The GII 2018 accolade supports the advancement of Singapore’s IP and innovation agenda.

“Being ranked fifth in a credible global study gives greater impetus for our enterprises and entrepreneurs to keep using innovation and leveraging their intangible assets to grow from Singapore to the world.”

China has finally joined the mostly Western countries-dominated top 20 in this year’s GII, in 17th spot. World Intellectual Property Organization (WIPO) director general, Francis Gurry, has said, “China’s rapid rise reflects a strategic direction set from the top leadership to developing world-class capacity in innovation and to moving the structural basis of the economy to more knowledge-intensive industries that rely on innovation to maintain competitive advantage.”

It is surely only a matter of time until China finally breaks into the elusive top 10. Can Malaysia and the rest of the improving ASEAN countries catch up with this upward trajectory shown by China?

The findings in the GII are published annually by a combined effort of Cornell University, INSEAD and WIPO. This collection of data metrics and stringent analysis is carried out based on 81 composite indicators for 126 economies in determining the level of innovation and the efforts in driving innovation.

It is certainly encouraging to observe the rise of ASEAN countries and it bodes well for the region’s efforts to be the next economic powerhouse. It is no secret that innovation is a crucial driver of economic progress and plays a key role in accelerating economic growth. To be competitive, countries need to be vigorous in their efforts to drive innovation. where innovation takes centre stage in economic policy-making.

"The IP landscape, especially in the ASEAN region, has seen tremendous growth in importance."

To drive innovation, IP is a crucial tool. The IP landscape, especially in the ASEAN region, has seen tremendous growth in importance, with intensified use of IP at unprecedented levels over the last decade alone. With innovation continuing to be in the driving seat of economic development, this upward trend in the IP landscape is likely to continue.

Alvin Boey is a patent agent at Henry Goh. He can be contacted at: alvin@henrygoh.com