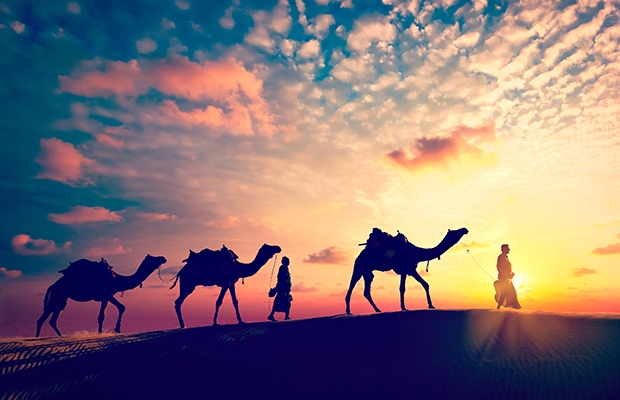 The Maghreb region of North Africa, known for its touristic and historic sites, along with its proximity to Europe, has been experiencing its own industrial revolution over the past several years. From west to east, the region includes Morocco, Algeria, Tunisia, and Libya.

With a total population in excess of 90 million, the Maghreb region has attracted its share of business and development. Algeria and Morocco account for the majority of this market with populations of 40 million and 35 million, respectively.

Tunisia, a much smaller country in land size, has a population of over 11 million. Finally, Libya, despite its massive land size, has a very small population—about six million. This is primarily due to the political situation and instability in the country for decades.

Libya’s patent system is based on a law that was published in 1959 and not amended or ratified since, despite the country’s accession to the Patent Cooperation Treaty (PCT) in 2005. There is certainly a lot of work to be done in Libya, which may create the right opportunities in the future.

The focus of this article will be on the three other countries: Algeria, Morocco, and Tunisia. These three countries share a common history, cultural heritage, and language.

Algeria is rich in natural resources including phosphates, uranium, and lead, but the economy’s backbone is oil and gas. Algeria has the tenth-largest proven reserves of natural gas in the world and ranks 16th in proven oil reserves. Following the decline in oil prices in recent years, the government took numerous steps to encourage the development of many domestic industries and to migrate away from state-owned companies.

Until a few years ago, the patent system in Algeria was a system of grant only. Applications were filed claiming a 12-month Convention priority, or within the 31-month deadline (chapters I & II), for international PCT national stage entries. Within six to 12 months, but no less than 18 months from the earliest claimed priority, the patent applications were granted and published.

Even if the examination report objects to the unity of the invention, it is not possible to file a divisional application and only one subject matter may be pursued. Any amendments submitted in response to the examination report are kept pending until further notice, or until this provision in the law is revised.

"With coasts along the Atlantic Ocean and the Mediterranean Sea, Morocco occupies a strategic regional position of great importance."

The law does provide for the filing of a patent of addition after issuance of the initial application. Whereas this does not necessarily compensate for not being able to file divisional patent applications, it does allow for introducing new claims or specific claims as long as these find adequate support in the original application.

Enforcement of patents has not yet been tested adequately in Algeria. The law provides for actions such as requesting injunctions, initiating court cases and obtaining damages. The lack of a specialised court system and country experience makes it difficult to gauge the efficiency of the system in place.

If we are to extrapolate based on teachings and experience from IP matters relating to trademarks, it is conceivable that the system should be reliable and dependable but it needs to be put to use.

With coasts along the Atlantic Ocean and the Mediterranean Sea, Morocco occupies a strategic regional position of great importance. The country has made use of its proximity to Europe and its location in North Africa, along with skilled labour, to work towards building a diverse, open, market-oriented economy.

Morocco has recently increased investment in its port, transportation, and industrial infrastructure in order to better position itself as the epicentre for business in the region. Industrial growth policies and infrastructure developments, which are most visibly illustrated by a new port and free trade zone, are improving Morocco’s attractiveness for investment.

Morocco’s main industries are the mining and processing of phosphate rock, food processing, textiles, and tourism.

The latest industry taking off in Morocco is the aerospace industry, which has made significant strides over the past decade, with its industrial base growing from around ten companies to more than 100. The industry generated $1 billion in 2013 and created employment opportunities for 10,000 people in the country. Aerospace exports accounted for 6 percent of total exports in 2013, up from 0.5 percent a decade earlier. Major manufacturers are present in Morocco and are contributing to the rise of this industry.

Another sector of great ambition is renewable energy. Morocco relies on imports for fossil fuels but is committed to supply over 50 percent of the country’s needs by 2030 using renewable energy.

Morocco is a member of the Paris Convention and PCT and is a World Trade Organization (WTO) member and abides by the Agreement on Trade-Related Aspects of Intellectual Property Rights (TRIPS). Similar to Algeria’s, the Moroccan patent system used to be one of grant only. In 2014, the patent office issued a new IP law amending the existing law with updated provisions. Under the new law, applications are examined substantively, and issued on their merits of novelty, inventiveness, applicability, and compliance.

In 2015, the government voted into law the agreement of 2010, entered between the Moroccan Industrial and Commercial Property Office and the European Patent Office (EPO). This decision effectively simplified the patenting system in Morocco. All European patent applications filed on or after March 1, 2015 can designate ‘MA’ for ‘Morocco’ at the time of requesting examination.

Upon grant of the European patent, the same can be validated in Morocco. Since Morocco is not a European Patent Convention (EPC) state, the local patent law governs matters relating to infringement, validity, supplementary protection certificates, etc.

As a WTO member and a signatory to TRIPS, Morocco does provide for an exclusivity period. In addition, pursuant to provisions of its own patent laws, patent term extensions are possible, but in all cases, for no longer than two-and-a-half years.

By far the smallest country in the Maghreb region, Tunisia is nevertheless a well-established economy. The country has been sought-after as a safe haven whenever its neighbouring countries, Algeria and Libya, experience instability. Tunisia has remained close to its largest economic partner, the EU, which accounts for over 80 percent of its exports.

Tunisia’s liberal strategy, coupled with investments in education and infrastructure, fuelled decades of growth and improved living standards. The country’s diverse, market-oriented economy has long been cited as a success story in Africa and the Middle East.

Pursuant to Decree no. 67 of 2017 and the agreement signed between the EPO and the National Institute for Standardization and Industrial Property in July 2014, European patent applications filed on or after December 1, 2017 can designate ‘TN’ and European patent grants can be validated in Tunisia.

Although Tunisia is not a EPC member state, the law provides the country a pseudo-EPC status with regard to patent procumbent and is expected to encourage more filings and more foreign investment. It will still be possible to file patent applications in Tunisia via PCT national stage entry or claiming the Paris Convention.

Once again, while provisions relating to the enforcement of patents are clearly stated, as a result of the lack of country experience and a specialised IP court system, time will tell as to the effectiveness of these laws.

With their shared borders, language, culture, history and more, the Maghreb countries are often viewed as an individual market. The region has maintained its close ties with the neighbouring EU but has also moved to position itself to attract foreign investments from beyond, including Japan, North America, China, and South Korea, among other nations.

The region’s wealth in natural resources has historically drawn industries related to this sector. This has eventually led to the establishment of more industries such as aeronautics and renewable energy in Morocco.

As these countries continue their growth and development, and as they extend ties into neighbouring African countries and beyond, they are positioning themselves as global players for access to the African continent in general.

To find out more, visit the Saba IP website - http://www.sabaip.com

Pascal Haddad is a partner and country manager at Saba IP in Morocco. He provides IP legal and strategic advice to clients based on financial, taxation, and legal practices in Morocco and the MENA region. He can be contacted at: phaddad@sabaip.com

Namir Sioufi is a shareholder and head of Saba IP’s patent department. Sioufi and his team manage several key patent portfolios from pre-filing recommendations and strategy through prosecution and grant. He can be contacted at: nsioufi@sabaip.com