Life sciences: It pays to be wary over CRISPR 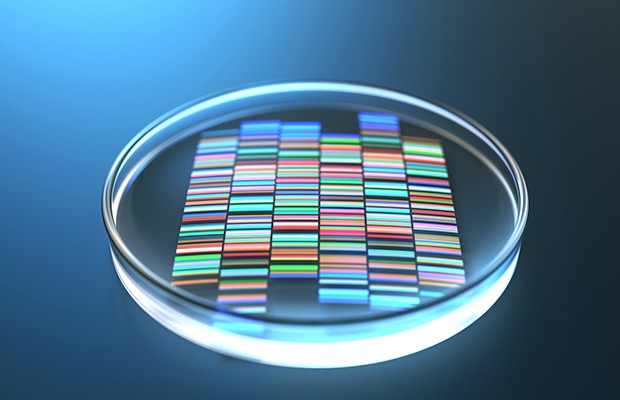 Given recent decisions, one might be forgiven for thinking that clarity is fast approaching in the CRISPR IP world. Far from it.

The allowance of the University of California’s (UC) US Patent Application 13/842,859 on application of CRISPR/Cas9 with a single guide RNA (sgRNA) and without restriction on the environment of use, plus the US Court of Appeals for the Federal Circuit (CAFC) decision on interference-in-fact allowing Broad Institute to keep its US patents on use of the same CRISPR system in eukaryotic cells, were both significant milestones.

"The main issue for Broad in Europe remains falling foul of a priority issue which has bitten outside the US."

But as emphasised by the CAFC in its interference decision: “We note that this case is about the scope of two sets of applied-for claims, and whether those claims are patentably distinct. It is not a ruling on the validity of either set of claims.”

The interference was the inevitable result of Broad’s accelerated prosecution strategy, which meant it secured first grant at the US Patent and Trademark Office while other key players in the CRISPR IP saga struggled, and are still struggling, to get grant.

The situation in Europe

At the European Patent Office (EPO) all the key players are facing opposition of key patents, with Broad already seeing revocation in opposition proceedings of its lead European patent (EP2771468), with ongoing appeal. The main issue for Broad in Europe remains falling foul of a priority issue which has bitten outside the US: lack of consistency between the inventors listed as applicants on their first US provisional filing and the applicants listed on the subsequent Patent Cooperation Treaty filing with regard to assignment of the priority right.

More recently, Broad has salvaged claims via a further European patent (EP2896697) in opposition, but these are restricted to a very narrow guide RNA definition.

UC continues to face a different priority issue at the EPO, residing in its first US provisional filing making no mention of the essential PAM (Protspacer Adjacent Motif) feature for CRISPR/Cas9 targeting. UC overcame this before the UK IP Office in relation to corresponding UK patent applications by a common general knowledge argument.

The UK patents of UC stand free of opposition and ready to enforce in the UK courts. Without litigation discovery, it may forever remain a mystery why UC’s May 25, 2012 US provisional filing is missing reference to a PAM.

However, even if the PAM issue is overcome at the EPO, the thinking of the Patent Trial Appeal Board and CAFC in relation to the US interference might translate to the EPO as discussion on plausibility to match broad method claims from the earliest priority filing. Nevertheless, could product claims referring to a sgRNA survive scrutiny?

Biotech company ToolGen faces the problem that it was first to file a US provisional filing on use of CRISPR/Cas9 for cleavage in eukaryotic cells, but this was little more than a copy of a journal paper. This makes it harder to find the language to support the desired broad claims in that filing, adding to the inventive step problem.

Sigma-Aldrich is also in the opposition mix but, as for others first filing after the Jinek et al 2012 paper on sgRNA, it faces attack on the basis of lack of inventive step over that disclosure. Could the EPO’s ‘try and see’ line of Appeal Board case law come to the fore?

This battle is taking place in the absence of resolution of the standard required for CRISPR gene-editing for therapy and a growing number of claims that may require note, such as those covering novel Cas proteins that may be more suited for therapeutic delivery. Could the current battle prove largely redundant?

Against this background, those considering freedom–to-operate at present have four options:

Seek licences from at least those with exclusive licences to the Broad and UC portfolios as appropriate. In the agricultural field this is eased by a joint licensing avenue already in place.

Make a choice on siding with one ‘camp’.

Defer consideration of licensing until a clear commercial objective is in sight.

Research directed at an application of CRISPR/Cas9 will not necessarily qualify as experimental use relating to the subject matter of the invention and hence be exempt from infringement under any research exemption in Europe. Even option 1 may need continual review in the light of additional claims outside the main battle lines.

Claire Irvine is a patent partner in a specialised life science team of HGF advising companies in the gene-editing field on patentability and freedom-to-operate issues. She can be contacted at: cirvine@hgf.com