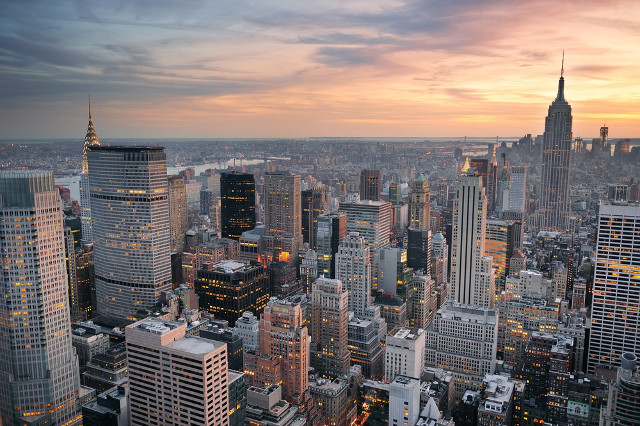 The three-day conference of the Licensing Executives Society will be an important forum for those working in a wide range of industries to discuss the current hot topics.

Demain’s background is business, while Whittle’s is intellectual property, but LES is committed to combining such focuses.

“LES is a professional body focused on taking innovation from all sectors of the economy and moving them to the commercial setting. We’re at that intersection of innovation and business,” says Demain ahead of the LES 2015 Annual Meeting in New York from October 25 to 28.

LES is focused on helping businesses get the most out of their ideas through exchanges such as licensing deals. Currently it has around 3,000 members from a diverse range of industries. These differing individuals share one common goal: a strong patent system.

Whittle says: “We’re on the cusp of the commercialisation front. We have a good understanding of the benefits and the economic advantages for countries and economies of a good patent system in general.”

The organisation sees its role primarily as educational. A lot of its actions are interventions into some of the most contentious issues discussed both at Congress and at the highest US courts.

For instance, LES filed an amicus brief in the Kimble v Marvel case at the US Supreme Court. The dispute centred on whether an IP owner can collect royalties based on an expired patent.

LES pointed out that the 1964 Brulotte v Thys decision, on which the court relied, has been applied by courts beyond its narrow meaning. LES had called on the US Supreme Court to clarify certain factors around royalty rates if it were to rule in favour of Kimble, although it ended up backing Marvel.

Perhaps one of the most divisive issues in the US IP world is patent reform. Last year, the Innovation Act was removed from the Senate floor after sponsor Patrick Leahy believed it would not generate enough support to pass, despite its being approved by a majority in the House of Representatives.

In February, chairman of the House’s Judiciary Committee Bob Goodlatte revived a similar bill and since then many have been divided over whether it will improve the patent system.

Whittle warns that sweeping changes to the patent system in the name of improving it can often have the opposite effect and is cautious about supporting the Innovation Act.

“There is a danger of being too overzealous about changes in patent reform legislation,” he says. “The pharmaceutical and high-tech industries, as well as universities, have various interests in what is amended.”

“Whittle warns that sweeping changes to the patent system in the name of improving it can often have the opposite effect.”

In August, LES publicly opposed both the Innovation Act and the Protecting American Talent and Entrepreneurship Act, stating that both bills are “overly broad approaches and prejudicial to all innovators”. Instead, it has backed the STRONG Patents Act as the bill that would effectively tackle abusive litigation.

One of the most contentious issues among patent owners is the practice of the Patent Trial and Appeal Board. Earlier this year, Michelle Lee, director of the US Patent and Trademark Office, proposed changes to the system, and some lawyers have argued that they would limit the alleged biases against patent owners in inter partes reviews (IPRs).

For instance, Lee has proposed that a single judge decides whether an IPR petition should proceed and later be joined by two more judges at the trial stage. Currently, the same three judges that rule on a petition also rule on the patent’s validity, and at the moment once IPRs reach the final written stage, 84% of patent claims are invalidated.

Such topics will be discussed at LES’s annual meeting. The three-day conference will be an important forum for those working in a range of industries to provide a vital contribution. You can be sure that WIPR, representatives of which will be attending, will be paying close attention.