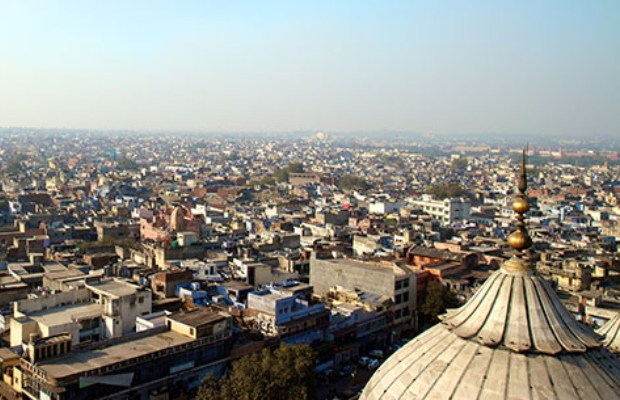 A Delhi court decision has changed the way rights owners should request for preliminary injunction in a patent infringement case, say Ranjan Narula and Suvarna Pandey of RNA.

The interim or preliminary injunction plays a crucial role in IP cases as the focus of the IP holder is to seek an immediate order to stop the infringing activity so as to protect its market share.

For a party seeking preliminary injunction, a three-factor test has been laid down by the courts: 1) to establish a prima facie valid case; 2) the balance of convenience is in its favour; and 3) irreparable injury or loss that it would suffer if the injunction is not granted.

The two judges bench of the Delhi High court, while deciding an appeal filed by Roche in F Hoffmann-La Roche & Anr v Cipla (FAO(OS) 188/2008) on April 24, 2009, noted that: “Without indulging in an exercise in semantics, the court when faced with a prayer for grant of injunction and a corresponding plea of the defendant challenging the validity of the patent itself, must enquire whether the defendant has raised a credible challenge.”

“At this stage of course the court is not expected to examine the challenge in any great detail and arrive at a definite finding on the question of validity. That will have to await the trial. At the present stage of considering the grant of an interim injunction, the defendant has to show that the patent that has been granted is vulnerable to challenge.”

"The High Court of Delhi took a completely different view when deciding the injunction in the case of Sterlite."

The Delhi High Court in 3M Innovative Properties Company v Venus Safety & Health (IA No. 20605/2013 & IA No. 1276/2014 in CS[OS] No. 2558/2013) while relying upon the Hoffmann-La Roche judgment quoted: “One must confess bafflement at the
‘six-year’ rule preventing courts in India from granting interim injunction. No provision of law or rule was brought to the notice of the court in support of this practice.

“The six-year rule appears to have crept in Manicka Thevar, and subsequently picked up in other judgments to be developed into a universal rule. The rule can be explained as one cautioning the courts that patent infringement actions stand on a slightly different footing, (from other cases) where the courts should not automatically grant injunction on prima facie satisfaction of infringement, since patents can be challenged, even in defence.

“It has to be seen as a rule of caution and prudence rather than a rigid, ritualistic formula of mathematical application.”

Similarly, the Gujarat High Court in Galatea v Diyora and Bhanderi (civil suits no. 2 of 2017) on March 26, 2018, noted that: “It is settled law that in an action for infringement of a patent an injunction would not be granted where the validity of the patent itself has been questioned and a revocation petition has been filed.

“In this connection reference may be C/CS/2/2017 Order made to a decision of the Madras High  Court in Manicka Thevar v M/s Star Plough Works, wherein it was held that if from the objections raised by the defendant it is clear that a serious controversy exists as to whether or not the invention involves any new inventive skill having regard to what was known or used prior to the date of the patent, courts would not grant an injunction restraining the defendant from pursuing his normal business activity”.

At the same time there is line of cases where interim injunction has been granted to plaintiff on the basis that defendants were yet to launch the product. This was noted particularly by the Delhi High Court in Bristol-Myers Squibb & Ors v Mr JD Joshi & Anr (IA No. 15720/2009 in CS[OS] No. 2303/2009 and IA No. 5910/2013 in CS[OS] No. 679/2013) in June 2015, which mentioned that “The defendants have not launched the product in the market, no loss or irreparable harm will be caused to BDR Lifesciences if they are restrained from doing activities that they have not yet commenced.

“On the other hand, grave prejudice will be caused to the plaintiffs if the defendants are allowed to manufacture and market generic Dasatinib in which the patentee has the exclusive rights in IN 203937 under section 48(a) of the Patents Act, 1970 especially at the time when the defences raised by the defendants are prima facie less credible and does not warrant any alteration of the already existing status quo in the form of the interim injunction.”

Sterlite sought a permanent injunction restraining infringement of its patent IN 241433 and/or IN 280211 by ZTT and pending decision a preliminary injunction.

Sterlite argued that the patents are method patents and the optical fibre being marketed by ZTT has the same technical parameters as of the optical fibre of Sterlite produced with the patented technology. The court considering the interim orders in patent infringement suits as need of the hour granted the injunction in this case.

The order was based on the reasoning that the life of a patent is limited and further considering the time taken in determination, whether there is infringement of patent, non-grant of interim injunction often results in the defendant—even if ultimately found to have infringed the patent—until the said determination, continuing to reap the fruits of infringement. The price at which the infringer is able to market is often considerably lower than the price at which innovator is able to market, because of the cost of innovation built into it.

The innovator, being driven out of the market is thus, until the determination, deprived of the fruits of the innovation. The order further comments on the harm caused by not granting the interim injunction to the plaintiff over the defendant on the basis that “a patentee, even after succeeding in the suit, in the absence of any interim order, is entitled only to profits earned by the defendant and which do not reflect the profits which the plaintiff would have earned if there had been no infringement”, while the interim order of restraint against infringement will not cause any harm to the defendant.

This case, although not related to the pharmaceutical domain, has brought a paradigm shift whereby the court has taken completely different view on how to approach a request for preliminary injunction in a patent infringement case.

Ranjan Narula is managing partner and founder of specialist IP law firm, RNA. He has 27 years’ post-qualification experience working on contentious and non-contentious IP issues and is a member of International Trademark Association’s board of directors. He can be contacted at: rnarula@rnaip.com

Suvarna Pandey is a registered Indian patent agent and law graduate with ten years’ experience. Her specialities include patent searches, patent drafting, providing patentability and infringement opinions. She is also involved in patent prosecution proceedings at the patent office, opposition and other invalidity proceedings. She can be contacted at: spandey@rnaip.com