Immunotherapy patents: Why CAR-T is driving up patent activity 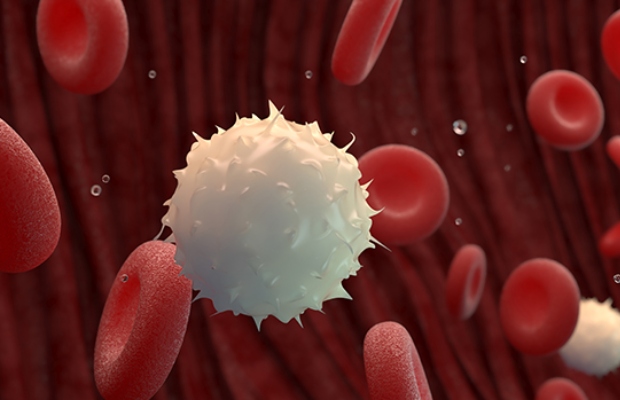 Patents for new cancer-busting immunotherapy treatments are some of the hottest rights around, explains Iain Armstrong of HGF.

Immunotherapies are a hugely promising therapeutic area, in terms of both clinical benefits and potential market size. These treatments augment the body’s own immune response to improve its effectiveness in fighting diseases, particularly cancer.

Immunotherapies such as monoclonal antibodies and checkpoint inhibitors have already demonstrated real benefits for patients, but perhaps the highest hopes are held for “adoptive immunotherapies” such as CAR-T cells.

CAR-T cells overcome the ability of cancer cells to “hide” from the immune system among normal cells in the patient’s body. The patient’s own white blood cells are taken and genetically engineered to express proteins (chimeric antigen receptors [CARs]) that include an extracellular part based on an antibody to a target of interest. These recognise characteristic markers on the surface of cancer cells, allowing the CAR-T cells to bind to, and kill, the cancer.

The need to genetically manipulate, and then return, the patient’s cells makes treatment complicated and expensive. However, CAR-T cells have proved remarkably effective in trials, and within the last two years their clinical use has been approved in the US and Europe. The first two products approved are Novartis’ Kymriah and Gilead’s Yescarta, both of which target CD19, a protein expressed by cancerous B cells in acute lymphoblastic leukaemia or large B cell lymphoma.

The worldwide market for CAR-T therapies is expected to top $3 billion by 2025 according to reports by Marketwatch.com and BCC Research. This has prompted a series of acquisitions by companies keen to establish their presence in the marketplace, including Gilead’s purchase of Kite Pharma (the original developer of Yescarta), and Celgene’s takeover of Juno Therapeutics.

Commercial and technological developments have also driven a huge rise in patent filings. More than 450 Patent Cooperation Treaty applications were published in 2018, compared to around 60 in 2014. Leading filers include the University of Pennsylvania (where much of this technology was first developed), Novartis, Cellectis, and University College London. The subject matter of the patent filings provides a good indication of the commercial and technological aims driving those working in this field.

"CAR-T cells have proved remarkably effective in trials, and within the last two years their clinical use has been approved in the US and Europe."

One major focus for patent activity is the development of CARs able to direct cells to new targets. Since individual CARs are typically specific for a single protein target, replacing the extracellular portion with a different antibody fragment allows the target to be switched, and a new type of cancer cell attacked.

Another field with significant interest is the production of CAR-T cells with improved biological activities. These activities are often modified by adding or altering intracellular components within CARs, and can include better activation of the CAR-T cells in response to target binding, and an improved capacity to kill target cells.

There is also a push to generate CARs that are suited to use in solid tumours. To date, the best results for CAR-T cell therapies have been achieved in blood cancers, with solid tumours proving more difficult to treat. This is partially because of difficulties with infiltration of cells into the tumour, but also because the environment inside solid cancers is hostile to CAR-T cells.

Several different approaches are in development to improve viability of CAR-T cells in solid tumours, by either reducing their sensitivity to the local environment, or protecting them against it.

The way CAR-T cells are produced is also the subject of much patent activity. Here, the aims tend to be to streamline the methods of production, to improve the proportion of cells that undergo successful genetic engineering, or to increase the numbers of cells produced prior to administration to the patient.

Where patent filings lead, patent litigation follows. The first salvos were fired even before these therapies had been approved by the US Food and Drug Administration (with legal action between Juno and Kite regarding the Yescarta product) and activity is likely to increase in future.

The increasingly crowded IP landscape means that broad patents will become harder to obtain. However, the number of clinical challenges still to be met means there remains huge scope for new filings.

Relevant patents can be expected to have considerable commercial value, whether the owners intend to commercialise these themselves, or to exit by sale or licence.

The number of players in this field, and the high stakes involved, mean that further litigation should be expected before too long.

Iain Armstrong is a partner at HGF. He has a particular interest in cellular immunotherapies (such as CAR-T cells), as well as regenerative and other medical applications of stem cells, and has nearly two decades of experience drafting and coordinating the prosecution of biotech patent portfolios. He can be contacted at: iarmstrong@hgf.com

US court backs Myriad to patent genes linked to cancer