Finland: A guide to high-tech patenting 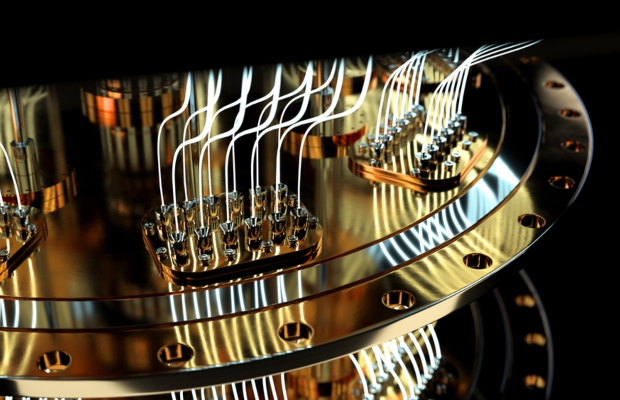 Patenting high-tech discoveries and inventions is where science meets business. It’s an area that can be tough to navigate, as the prior-art landscape—against which patent applications are typically drafted and evaluated—may be patchy and not well organised.

The field is further complicated by the fact that intellectual property in ground-breaking technical disciplines often extends across more than one industry.

“There must be some kind of causal relation between science and economics for it to be worthwhile to generate a patent,” says Matti Brax, patent attorney at Papula-Nevinpat, who has been in the business since 1995. “Some fields of science don’t take off commercially, but there is significant patent activity in those fields with potential for a disruptive effect and scalability. Quantum computing is one of these fields.”

Whereas in conventional computing the basic unit of information is a bit—with a value of either ‘zero’ or ‘one’—in quantum computing the basic unit is a qubit, which can be a superposition of the ‘zero’ and ‘one’ states at the same time. Explicable only through the principles of quantum physics, this fundamental phenomenon of quantum computing heralds the development of new machines for simulating and solving complex problems.

“If all the promises that quantum computing holds come true, there may be immense increases in computing power that will revolutionise multiple different fields with wide global potential,” says Brax. “Quantum computers can create much bigger problems than we could have ever imagined—hopefully they can solve them too.”

The areas in which we can expect to see the main applications of quantum computing include numerical optimisation (to find the best possible solution for a problem in which a large number of variables interact in complicated ways), the modelling of molecules (to develop new medicines), simulations of complex systems (used in modelling weather, for example), and cryptography (essential in all secure storage and communication of digital data).

Until 2015, fewer than 200 quantum-computing patent applications were filed each year. Since then the number of applications has skyrocketed—more than 1,600 were filed in 2021. Brax says he expects this growth to continue.

“In quantum computing—as in other cutting-edge tech fields—you cannot necessarily know what your winning patent will be.”

“I’m sure we’ve not thought about all the fields that will be impacted by this fundamental change in computing,” he says. “For companies generating patents related to quantum computing, it’s important to identify where they sit in the value chain for this technology.”

Brax makes the point that quantum computing involves many other technical fields than just the manufacture of quantum processors. For example, companies that build quantum computers need the support of manufacturers that make cryogenic refrigerators.

Due to this specific feature of quantum computing, the number of patent applications with the word “cryogenic” in their title has grown from 651 in 2010 to more than 1,000 last year. This is just one example of the complexity of the growing patent landscape around quantum computing.

“The patent class of quantum computing is quite well defined, but in the field of refrigeration—a must in quantum systems—inventions often spread across a wider range of patent classes, which makes it more difficult to keep track of developments,” says Brax.

Quantum computing patents cover hardware (i.e qubits, circuitry and processors) as well as software that includes principles of quantum algorithms, simulation, quantum-error correction, and more. Brax says that these software and mathematical formulas are much more difficult to patent than hardware.

“If you want to specialise in quantum software, first ask yourself if what you’re doing is patentable. If it is, then you need to define how you are going to demonstrate an infringement by a competitor. This can be especially difficult if the software operation takes place deep in the heart of a quantum computer,” he explains.

“In quantum computing—as in other cutting-edge tech fields—you cannot necessarily know what your winning patent will be. That’s why you simply have to file many,” says Brax.

“If you want to win, you must place your bets and just accept the large amount of uncertainty that goes with it. Quantum computing is a textbook example of a technical field where one key patent may in the end prove to be more valuable than hundreds of others —you just don’t know yet which one it may be.”

Matti Brax is European patent attorney at Papula-Nevinpat. He can be contacted at: matti.brax@papula-nevinpat.com