Fake medicine in Nigeria: when the drugs don’t work 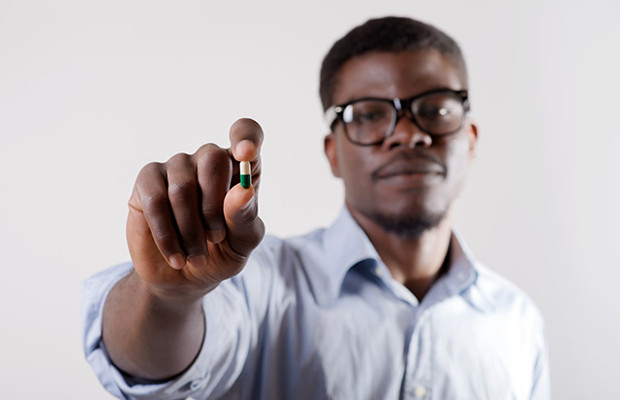 Nigeria has made great strides in its bid to fight the scourge of counterfeit pharmaceuticals, but there is a long way to go, especially on the legislative front, reports Angela Morenike Adebayo of Inventa International.

The presence of counterfeit goods is acknowledged as one of the greatest global threats to creativity. Counterfeiting can be defined as an act of unlawfully imitating or reproducing items/works protected by the law of trademarks, patents, or copyright while portraying them as original. This is usually represented in goods illegally bearing registered/well-known trademarks.

The counterfeiting of many different products is on the rise globally, and in Nigeria today items counterfeited include documents, currency, software and electronics, among many others. However, no other product has as much capacity to kill consumers as illicit pharmaceuticals.

The World Health Organization (WHO) defines counterfeit drugs as those “that have been deliberately or fraudulently mislabelled with respect to identity and/or source”. The products can include incorrect ingredients, may mis-state the amount of active ingredients, or can be manufactured under circumstances that lack quality control. Counterfeit drugs in Nigeria include preparations without active ingredients, toxic preparations, expired drugs that are relabelled, drugs issued without complete manufacturing information and drugs that are not registered with the National Agency for Food and Drug Administration and Control (NAFDAC).

Over the past two decades, Nigeria has struggled to reduce the production and trafficking of counterfeit drugs without an adequate infrastructure or the political will to properly enforce legislation and standards. Growing numbers of deaths prompted the public and the Pharmaceutical Society of Nigeria to pressure the government to take positive steps towards controlling the prevalence of counterfeit and substandard drugs in Nigeria. The government responded by enacting Decree No. 21 of 1998 on counterfeit and fake drugs, which prohibited the sale and distribution of counterfeit, adulterated, banned, and fake drugs or poisons in open markets and without a licence of registration.

NAFDAC was created in 1993 and given the responsibility to regulate and control the importation, exportation, manufacture, advertisement, distribution, sale and use of food, drugs, cosmetics, medical devises, bottled water and chemicals. In 2001 under the leadership of Dora Akunyili as the director general, the agency underwent intense restructuring and reforms with the aim of revitalising NAFDAC’s mandate to “safeguard the health of the nation”. As a result, drug failure rates fell to roughly 16% in 2006 from 2002 and the circulation of counterfeit drugs was reported to have been reduced by more than 80% of the level in 2001.

Before these reforms, counterfeit drugs had a prominent and destructive impact on those who used them unknowingly. In 1990, 109 children died after being administered fake paracetamol tablets. In 1995, the Nigerian supply of 88,000 Pasteur Merieux and SmithKline Beecham meningitis vaccines to Niger during an epidemic resulted in about 2,500 deaths after vaccination.

Despite NAFDAC’s reported successes, counterfeit pharmaceuticals remain prevalent. In 2004, three Nigerian hospitals reported cases of adverse reactions from the use of contaminated infusions produced by four Nigerian companies. It was established that the infusions were heavily contaminated with microorganisms and 147 of the 149 brands of screened water used for injection were found to be non-sterile.

In November 2008, 34 Nigerian children aged between four months and three years died and more than 50 were hospitalised with severe kidney damage after taking My Pikin, a teething mixture containing paracetamol. The injuries were due to the use of diethylene glycol (DEG) as a solvent for the paracetamol. DEG was present because of inadvertent or deliberate substitution of propylene glycol, a less toxic compound than DEG which is widely used in the pharmaceutical industry.

The prevalence of counterfeit drugs in the Nigerian market has long been a source of embarrassment to Nigerian healthcare providers and resulted in a loss in confidence among the public in the nation’s healthcare delivery system. Fake drug proliferation has led to treatment failures, organ dysfunction or damage, worsening of chronic disease conditions and the death of many Nigerians. In some cases, even when patients are treated with genuine drugs, no response is seen due to resistance caused by previous intake of fake drugs.

Counterfeit drugs pose great threats to the reduction in infant mortality, improved maternal health and the combating of HIV/AIDS, malaria and other diseases, all aims of the WHO. They deny the Nigerian people the right to safe, effective and quality medicines and rob the country of valued manpower resources and economic benefits.

"Positive trends have been seen of late, such as the deployment of the handheld spectrometers, which allow the inspection and authentication of products at the point of sale."

The major factors facilitating the preponderance of fake drugs in Nigeria have been reported to include the ineffective enforcement of existing laws, unqualified vendors, loose control systems, high cost of genuine drugs, greed, ignorance, corruption, illegal drug importation, chaotic drug distribution network, and demand exceeding supply, among many others.

The loose control system in the Nigerian economy has contributed to the circulation of counterfeit drugs in the country. A major function of NAFDAC is the regulation and control of imported products. This is done by having inspectors at various airports and seaports. Registration of pharmaceuticals is a criterion that must be passed before any drug is released into the Nigerian market. A condition for registration is the analysis and testing of the drug to ensure quality and safety.

Unfortunately, the forensic laboratory, which is the major public laboratory for the purpose of quality control analysis, is not adequately equipped to cope with the volume of requests, particularly for analysis of imported drugs. These inadequate control systems are exploited by counterfeiters to manufacture, import and distribute fake and adulterated products.

There is therefore a need for government to provide funds for the agency to purchase equipment necessary for testing and analysis of all drugs, both imported and locally manufactured, in a bid to assure the quality and safety of drugs in the Nigerian market. Positive trends have been seen of late, such as the deployment of the handheld spectrometers, which allow the inspection and authentication of products at the point of sale.

Various laws regulate and control the manufacture, sale and distribution of drugs in Nigeria. Empirical data show that the situation is far from adequate. The weakest point in Nigeria’s drug regulation is in the area of implementation and enforcement. Some Nigerian drug laws are in conflict with each other, aiming more at deterrence and resulting in difficulty in bringing offenders to trial.

A review of the law is therefore essential to help ensure stability in the legislation and regulations governing drugs in Nigeria. An important short-term strategy for fighting counterfeit drugs is that pharmaceutical companies focus more on developing better technologies for protecting the identity of their genuine products. Pharmaceutical companies should develop complex labels and holograms which are difficult for counterfeiters to imitate.

Additionally, the penalties for drug offenders are not commensurate with the severity of the crime. Currently, the maximum punishment for contravening the decree on fake drugs in Nigeria is N=500,000 ($2,500) or three months to five years in prison upon conviction. Stiffer penalties would help sharpen the attitudes of fake drug dealers. It would make the practice harder and less lucrative for drug counterfeiters.

Healthcare professionals are in a good position to assist the government in fighting the problem of counterfeit drugs. This is most useful in countries that lack the resources needed to combat this crime. The presence of non-professionals in the pharmaceutical business is a contributing factor to the availability of counterfeit drugs in Nigeria. These non-professionals are less capable of identifying fake drugs and have the aim only of making a profit, when it should be the general wellbeing of the community.

They can educate themselves and patients on ways of identifying fake drugs using visual security tools which may include the size and shape of tablets, the quality of the print and the examination of holograms. It is clear that good practices and initiatives are being implemented to combat this issue in Nigeria, but we have a long way to go.

Angela Morenike Adebayo is a patent and trademark attorney at, and the head of, Inventa International in Nigeria. She specialises in all IP matters, including patents, trademarks, copyright and domain names. She can be contacted at: aadebayo@inventa.com