Dynamic injunctions in the digital environment 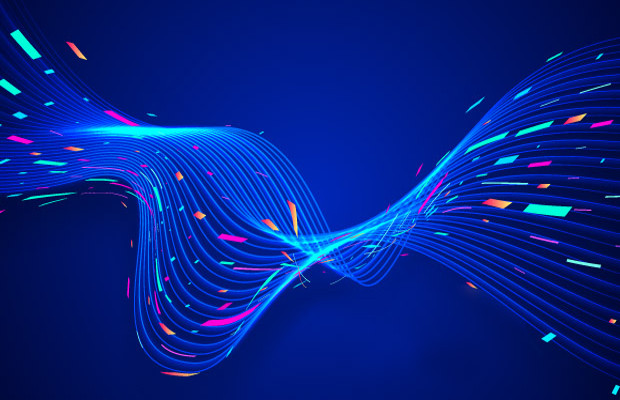 Jaime Rodriguez and Abraham Díaz of Olivares explain how so-called ‘dynamic’ injunctions have been implemented in Mexico to counter IP infringement in the digital world.

Due to the constant and significant evolution of technology, the digital environment has completely changed and modified consumers’ and users’ habits and behaviour.

This is especially true in terms of how they interact with other internet users and how they access a widely spread dissemination of information, and offering of goods and services through a digital market.

This profound alteration of the traditional means of access to information and to the normal way of doing business and transactions has also had a significant impact in the IP field, relating specifically to new forms and mechanisms of violation of rights.

"It cannot be denied that, while the internet has been one of the most significant innovations in the history of mankind, it has also served as a disruptive tool to violate rights."

The evolution of the internet has generated new, complex and sophisticated forms of violating IP rights, particularly in connection with trademarks and copyright. It cannot be denied that, while the internet has been one of the most significant innovations in the history of mankind, it has also served as a disruptive tool to violate rights.

The internet has enabled new ways of violating IP rights and, consequently, difficult challenges in the IP legal framework in different jurisdictions have arisen.

Mexico is no exception, and while case law is still quite limited, the Mexican Institute of Industrial Property (IMPI) and our Federal Courts have taken significant steps in defence of IP rights.

Such steps have materialised not only in the form of court judgments declaring the violation of IP rights, but also in the implementation of preliminary injunctions with the purpose of stopping infringing activities in the digital environment.

The first, and most important case, in Mexico regarding preliminary injunctions in the digital environment was heard by the Supreme Court of Justice on April 19, 2017. This case, known as Alestra, addressed the constitutionality of website blocking orders for violation of copyright and neighbouring rights, in light of other rights such as freedom of speech and access to information.

The Supreme Court, adopting the criteria established mainly in Europe, took the approach that any analysis of proportionality requires that the action is: a) the most adequate to achieve a pursued objective; and b) the least restrictive of human rights.

As a consequence of Alestra, IMPI, as the administrative authority in charge of solving trademark and copyright trade-related infringement actions, modified the form of issuing website-blocking injunction orders by making a consideration of the conflicting rights.

Nonetheless, it has to be said that these injunction orders are still quite effective for tackling copyright violations in the digital environment.

IMPI has still been dealing with the unfortunate position adopted by internet service providers (ISPs) in Mexico, considering that the majority of them are reluctant to comply with the blocking injunction orders imposed by IMPI against them. In fact, it
has been ISPs, rather than the infringers themselves, who have been contesting the constitutionality of these injunctions.

After Alestra, in February 2019, IMPI implemented an innovative injunction order, which can be considered the first “dynamic preliminary injunction” in Mexico. This injunction order was requested by the Spanish soccer league La Liga against the pirate website Rojadirecta and the ISPs allowing access to the site, due to the unauthorised broadcast of Spanish football matches.

The particularity of this injunction order was that it applied only for the duration of the La Liga season, and only on the days when the matches were broadcast live (Friday to Monday).

An ISP filed an amparo action (a remedy for the protection of constitutional rights) against the injunction order imposed by IMPI, claiming that it was unconstitutional on the grounds that it violated freedom of speech and access to information rights.

After a federal district court refused to grant a preliminary stay, the ISP then brought the case to a federal circuit court, which ruled that dynamic injunctions like the one imposed by IMPI were constitutional.

This was because IMPI made a consideration of rights, and because the injunction was a partial rather than a total blocking order.

This constitutes a landmark decision in Mexico, in terms of the implementation of preliminary injunctions.

Furthermore, IMPI’s injunction orders in the digital environment have not been limited to blocking measures in the field of copyright, but have also been applied in trademark and unfair competition infringement actions.

In July 2019 IMPI ordered Google’s Mexican subsidiary to stop infringing parties using another company’s trademark as a key word in the Google Ads platform. Google agreed to comply with the injunction order, which includes present and future violations.

Olivares is proud to have been involved in all the above-mentioned cases. Due to the complexity of the digital environment, other difficult challenges will eventually test the capacity of our authorities to deal with these complicated matters in the future.

From the copyright perspective, it is clear that activities such as streaming, linking, framing, embedding, and provisional reproductions, among others, in all their possible forms, clearly constitute subject matter for copyright violations.

Our authorities should continue acting in accordance with the complex and ever-evolving nature of the digital environment. For example, in Mexico, no injunctions have been implemented in connection with thumbnails and snippets derived from search engine results, and only proportionality issues should stop these injunctions from being implemented.

Likewise, it would be interesting to see our IP authorities explore in the near future the possibility of implementing dynamic injunctions in an automatic form without the need of official intervention, such as the ones implemented recently in Spain (Telefónica Audiovisual Digital v Vodafone, Orange, MásMóvil, Euskaltel, Telecable y Lycamobile).

In this case it was held that, once a blocking order is implemented against ISPs in connection with determined particular websites, additional sites could be blocked by simply providing a list of infringing websites.

From the trademark perspective, activities such as the sale of infringing products through e-commerce platforms must be subject of partial blocking injunction orders. Measures like these have not been tested in Mexico because the majority of such cases are solved through notice and takedown procedures.

Nonetheless, nothing should impede the implementation of blocking injunction orders against e-commerce platforms.

In summary, IMPI and the Mexican federal courts have been complying with international standards in the field of preliminary injunctions in connection with IP rights. However, right holders and our authorities have been dealing with an unhelpful attitude adopted by ISPs which, in some cases, has reduced the effectiveness of these injunctions.

Under this scenario, it would be advisable for Mexican administrative authorities to summon ISPs operating in the country, with the aim of trying to reach an agreement. These discussions should take place on the basis that ISPs are an important part of the IP ecosystem, and that further collaboration with Mexican authorities on the protection of IP rights is a priority.

Jaime Rodriguez is a senior associate at Olivares. He can be contacted at: jaime.rodriguez@olivares.mx

Abraham Díaz is a partner and co-chair of the privacy and IT industry group at Olivares. He can be contacted at: abraham.diaz@olivares.mx