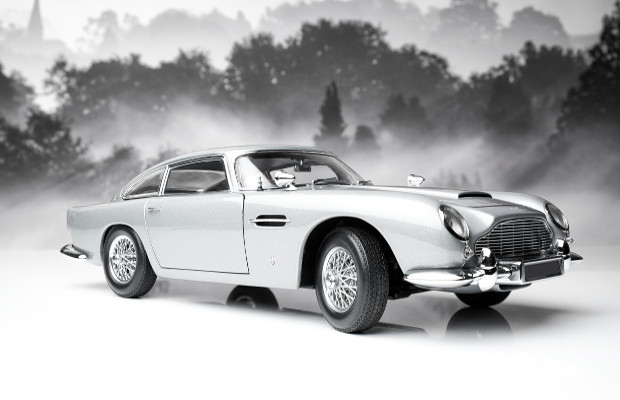 The number of active “dot brand” domain names is growing at a steady pace, and some interesting use cases have emerged. Ed Conlon spoke to Martin Sutton of the Brand Registry Group to find out more.

You might not associate James Bond with generic top-level domains (TLDs), but you would be wrong. As noted by The Dot Brand Observatory, a research program focused on“dot brand” domains, Sony launched a game within its .sony TLD after the Bond film Spectre was released in late 2015. At www.assistmoneypenny.sony, Sony asked players to “find and capture the bad guys” who wanted to capture Moneypenny, who is secretary to M, Bond’s boss.

Slowly but surely, dot brand domains are having a noticeable impact. French hypermarket chain Leclerc uses one for selling wine, Sony has since employed it for marketing purposes again, and Seat allows its car dealership network in Spain to use one for their individual minisites.

Back in 2012, nearly 600 brand owners applied for their own name as a TLD and the term “dot brand” was coined. Today, more than 120 are active, according to The Dot Brand Observatory, which is sponsored by domain registry Verisign, while there are hundreds more operational second-level domains underneath these TLDs.

“A quiet evolution is already in progress, with existing dot brand operators becoming active and embracing their new Internet space,” says Martin Sutton, Executive Director of the Brand Registry Group, an industry association whose members include Amazon, Sony, and Microsoft.

Since 2016, when many of the dot brands were delegated to the Internet, the numbers have grown steadily, says Mr. Sutton.

But he adds that brands typically migrate their online services to the new domain while retaining their existing sites.

“This should not be a surprise, as brands do not wish to see any detrimental impact to their online presence.

“Differences arise when new products or services are launched primarily using dot brand domains, or when the company has a strategy to completely transition into its dot brand space.”

One company that sees the benefit of a dot brand is Weir Group, a Scottish engineering company.

“It does not own www.weir.com but now controls its own brand space on the Internet with its website www.global.weir,” says Mr. Sutton.

Others, including Barclays and Abbott, have used their new TLDs but not completely shifted their digital operations, while some dot brand applicants may ultimately ignore them.

According to The Dot Brand Observatory, .seat—owned by the Volkswagen Group—has the highest number of active second-level domains, at 90, while Citic Group Corporation owns 145 lower-level addresses for .citic, of which 32 are active.

Mr. Sutton points out that the volume of domain names is insignificant, because one domain can attract millions of online users.

“In the case of business-to-customer services, we have already seen online users transition to dot brand domains without any adverse impact, providing the general public with visibility of new TLDs,” he says.

“The financial services industry has made significant steps towards migrating traffic away from legacy TLDs to their dot brands following the migration of their online banking services.”

Mr. Sutton predicts that brands will adapt to using their registries over time, and as new models emerge, we should start to see alternative use cases evolve, “but this innovation is likely to take some time.”

Innovation was one factor considered important for companies to secure a dot brand. In the buildup to the Internet Corporation for Assigned Names and Numbers (ICANN) revealing the TLD applicants in the summer of 2012, many marketing and brand protection companies were touting the benefits of the dot brands.

The main suggested benefit, according to Mr. Sutton, was brand protection, with others including control over digital assets and authenticity.

Asked whether these benefits have been realized, he notes that applicants who primarily wanted to protect their brand have accomplished that goal and may not have developed their plans to activate their registry at this stage.

For the other benefits, it is probably too early to tell whether they have been realized, he continues.

“Based on the activated dot brands, we know they are working effectively. In some specific cases, the benefits have already been realized whereby the brand did not have the prime .com previously, so they have leapfrogged to operating their own digital footprint.”

Dot brands also face challenges which mean some will take a lot longer to activate, he adds, in part because they have to restructure their existing online footprint into a very different model.

Challenge is nothing new for the dot brand applicants, who successfully fought for a different registry model within the ICANN setup to recognize that their businesses are not geared towards selling domains.

“There was conflict with the existing ICANN registry agreement, which was entirely focused on operating an open registry, selling and distributing domains,” Mr. Sutton says.

Now the focus must turn towards activation, he adds. For large organizations, this means engaging, encouraging, and coordinating with multiple internal stakeholders.

But this a major challenge in itself, “particularly when the original internal sponsors of the dot brand registry moved on or out of the organization during the lengthy application phase and before delegation,” Mr. Sutton says.

“We should not be surprised if lesser-known companies take advantage of this in the future, especially if they have experienced problems to secure their brand within a prominent legacy TLD and wish to avoid problems in the future when launching new products and services.”

Although the launch date of the next round has not yet been officially confirmed, Mr. Sutton says 2019 is not unrealistic and that companies need to plan internally and budget before then.

“Planning for the next application window is underway, and for brands interested in finding out more or potentially applying, the time to start engaging is now,” he concludes.