Dennemeyer: the one-stop-shop for IP filings 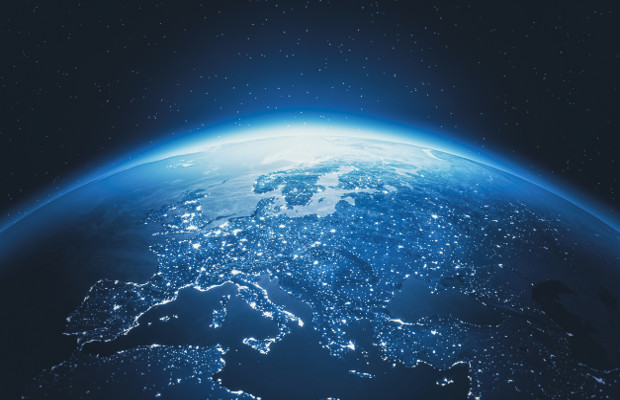 Dennemeyer & Associates provides global patent filing and prosecution services, and European patent validation services. Its geographic scope, including 14 countries on all continents, enables it to efficiently and cost-effectively assist inventors to check if an invention is novel by conducting a comprehensive novelty search. The attorneys can draft patent claims observing the particularities of the most-relevant jurisdictions. Dennemeyer can also advise inventors on which inventions are protectable, including in controversial areas such as computer-assisted inventions and artificial intelligence.

Dennemeyer’s professional diversity extends to its scope of services. The Dennemeyer Group not only offers a variety of administrative services, software and consulting around IP rights, but also includes a leading global IP law firm. Dennemeyer & Associates is a global player in substantive patent law. No matter what patent service is needed, no matter where in the world, Dennemeyer acts as the ‘one-stop-shop’ to clients. Our global team of patent experts comprises not only patent attorneys but also product managers, administrators and IP specialists.

The European Patent Convention (EPC) provides a uniform procedure for the grant of a European patent using a single application. A patent may be effectively filed with the European Patent Office (EPO) or with the national offices of the selected member states.

All states included in the EPC will be designated as a result of the request for grant of a European patent. The rights granted to a European patent holder are the same as the rights that would be granted by a national patent office. The date of filing will be the date on which all the requirements of the implementing regulations are fulfilled.

It is worthy to note that a patent application must be submitted to the EPO in written form either via electronic filing, fax, in person, or by mail. The EPO recommends using its electronic filing tools, which can be obtained online, free of charge. It is permitted to file with the EPO in Munich, its branch in The Hague or its sub-office in Berlin. Applications cannot be filed at the sub-offices in Vienna or Brussels. The official languages of the EPO are English, French and German, and applications in other languages are possible but must be accompanied by a translation in one of the official languages.

Once granted, a European patent will be automatically recognised in certain countries that are full members of the so-called London Agreement such as the UK, France and Germany. In other countries, like Poland, Italy, the Netherlands, Hungary, Portugal and Spain, an additional administrative procedure called “validation” of a patent is required. This usually entails filing a translation of the patent claims or full description in the official language of a country and sometimes requires additional documents such as powers of attorney. Dennemeyer’s expertise in these procedures can eliminate much of the cost and burden that comes with the European patent validation. In addition, our patent attorneys can represent our clients in many jurisdictions, directly eliminating the need for local representatives.

Finally, changes of an applicant’s details can be recorded centrally at the EPO or at the national patent offices, as time permits, through our highly-skilled Recordals department.

In short, the Patent Cooperation Treaty (PCT) procedure allows the filing of a single application covering more than 150 Contracting States to the PCT, and then extending it to the desired states or regions (including the EPO), where the patent application will be examined for patentability separately by each patent office. The PCT procedure is a process that primarily makes filing easier and cheaper but can also contribute to an early availability of an examiner’s preliminary opinion on patentability. This is as well an area in which Dennemeyer can perform exceptionally as we have our own platform for PCT national phase entry.

Speak to our team of patent attorneys to find out more about patent filing and filing strategies in Europe.

The Poland office is led by Monika Stępień and clients can contact Joanna Kowalewska and Sebastian Walkiewicz, experienced Polish patent and trademark attorneys, as well as European patent, trademark and design attorneys, who have been involved in  validation of European patents in Poland from the very beginning in 2004, when Poland acceded to the European Patent Organisation.

In Romania, Sofia Berde serves her clients with more than 20 years of experience as a patent attorney. The rest of the team includes five other patent attorneys, as well as seven European patent and design attorneys. The Romanian office is led by Raluca Judele, who also has other roles in Dennemeyer Group.

Our dedicated team would be pleased to assist with all of your patent filing needs.

From Dubai, Jan Wrede and Khalid Elkhabir explain the patent filing process in the Middle East. Spanning almost 20 countries, there is no unified procedure in place. One can use a) national filings, b) PCT nationalisations, or c) the Gulf Cooperation Council (GCC) patent (for the six Gulf States: Bahrain, Kuwait, Oman, Qatar, Saudi Arabia, and the UAE).

Of greater importance in daily practice is the PCT, for obvious reasons, which allows applicants to nationalise patents conveniently in any one of the Middle East countries. One and the same Arabic translation is mandatory but sufficient in all countries (except for Iran, which requires Farsi), although some patent and trademark offices may check the translation officially (e.g., Egypt). Examination is sometimes done in-house, sometimes outsourced, e.g., to the Korean Intellectual Property Office (like in the UAE). Thus, an average three-year timeframe until grant can usually be achieved.

“Dennemeyer can also advise inventors on which inventions are protectable, including in controversial areas such as computer-assisted inventions and artificial intelligence.”

National applications follow the same pattern but are less used in practice if not by national applicants. On the other hand, especially in the Gulf area, there are now several national incentive programmes in place to reimburse local inventors for their patent expenses.

The Dennemeyer & Associates Dubai office has extensive experience in filing and prosecution and knows how to ease clients’ way through the different jurisdictions.

Our Australian attorneys and paralegals have an average of 20 years’ experience in IP. Geordie Oldfield has a background in chemistry and nanotechnology, and in-house pharmaceutical experience. John Walker has technical experience in energy technology, environmental and materials engineering, and a particular interest in IP strategy. All of our patent attorneys are registered to practise in both Australia and New Zealand.

Our Australian and New Zealand patent prosecution practice is entirely paperless, which provides our clients with dual benefits of cost efficiencies and convenience.

Robyn Merry and Christophe van Zyl from the Johannesburg office can assist with patent applications in South Africa.  These can be filed via the Paris Convention route, the non-convention route or as a national phase based on a PCT application. Generally speaking, applications are filed electronically, so copies of supporting documents can be provided for the purposes of filing. However, we will request that original copies of documents be transmitted to us for us to keep on file and to be able to provide to the patent office on request.

Valentin Ivanov and Vera Stukalova from the Moscow office take care of patent filing in Russia and in front of the Eurasian Patent office. Dennemeyer & Associates is one of the few global IP law firms with an office and direct filing presence in Russia.

Steven Shape, Victoria Friedman and Daniel Gurfinkel from the US are ready to advise on patent filings there and offer the following advice.

Under the recent changes in the US patent laws, it is critical for inventors and applicants to file patent applications as early as possible and before there is any public use, sale, offer for sale, or disclosure outside of a confidential relationship. There is a limited grace period, but it should only be relied upon in the event of a mistake or accident.

We are available to conduct valuable patentability searches, prepare proper provisional patent applications, and cost effectively nationalise your applications filed outside the US.