Darts-ip: Data for all 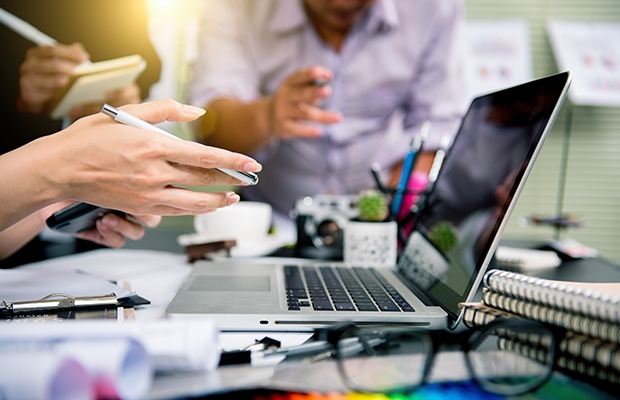 A trademark lawyer met some IT specialists, and they created a company aiming to put the entire world’s IP decisions at lawyers’ fingertips. Tom Phillips met Evrard van Zuylen of Darts-ip to find out more.

Success in any area is often a combination of three things: talent, hard work and perseverance. For software-as-a-service (SaaS) company Darts-ip, all three were needed to grow a pioneering idea from a handful of people to a 300-strong organisation in just 13 years. All three, plus one essential ingredient: data.

The talent came in the form of two groups from very different industries. The service they wanted to offer, to make legal research as easy as possible, came from trademark lawyer and Darts-ip founder Jean-Jo Evrard.

While working in Brussels and Paris for law firm NautaDutilh, Evrard was frustrated. The problem, as he saw it, was that despite harmonised European trademark laws, there was no centralised source of trademark law decisions.

He decided to create one, drawing in all the trademark cases from courts across the EU.

But as a lawyer with an idea, he could get only so far. When he teamed up with an IT and software engineering team, Evrard’s plan exploded into life.

“I said the project should be much more ambitious,” remembers Evrard van Zuylen, one of the non-legal team at that meeting and now one of Darts-ip’s co-managing directors.

Then the hard work began: the team started to create a database of trademarks in Europe. Van Zuylen recalls the painful hours spent manually scanning thousands of decisions at courts in Paris. It was time well spent, giving them a unique and reliable database—the lifeblood of SaaS platforms and Darts-ip’s crown jewels.

The young startup company then indexed the cases and wrote algorithms that allowed users to find, within seconds, answers to specific queries within the database. For example: ‘find all the cases in the EU where watches and jewellery were found to be similar’, or: ‘find all the case law regarding where one vowel in the middle of a word mark is different’.

“Our idea was: if a lawyer had a specific question, how can we answer it? That was unique,” says van Zuylen.

The company then moved to uploading patent cases, before expanding to a raft of other IP areas, including domain names, designs and models, and copyright, with unfair competition soon to be added to the roster.

Now, the company has gone global, expanding from its headquarters in Brussels to open offices around the world, including in the US, India and Hong Kong. The hours spent scanning documents have changed too—the company now uploads more than 100,000 decisions each month.

Admitting he knew “very little” about IP prior to the original meeting, van Zuylen is convinced that being an outsider helped, first in the company’s creation and later in its success.

He describes how the meeting of IT people and lawyers created “an interesting clash of
ideas”. Compared to financial services or accounting, the legal industry was a late adopter of SaaS, and the IP sector’s relatively small size meant it lagged even further behind.

"Our idea was: if a lawyer had a specific question, how can we answer it? That was unique."

Van Zuylen recalls there was also a certain amount of education needed before people understood what Darts-ip was offering.

“With partners relying on books for their cases we often got more acknowledgement from the junior lawyers, the ones putting in hours of research that Darts-ip was offering to cut to seconds.

“Unfortunately, it was the partners they needed to convince,” says van Zuylen.

“A lot of lawyers told us: ‘we never needed it before; why do we need it now?’. But that has changed very rapidly.”

Back then, the competition was classic case law searches—narrow queries using a simple text search—but they did not have the perspective of the user in mind, van Zuylen says.

As news got around about a new way of researching for cases, customers came knocking. Some were lawyers on the losing side of a case, keen to discover where their opposite numbers in court had found specific, obscure or simply large volumes of cases that helped them win. As van Zuylen puts it: “Word of mouth definitely helped.”

The tasks for van Zuylen have evolved over the years but always come back to discovering, curating and cleaning the data. From 2006 to 2009, Darts-ip was a “big IT project” he explains, this evolved towards finding “an efficient way” for the user to get results in a couple of seconds.

After expanding beyond the EU’s courts to the rest of the world, 2009 to 2013 was dominated by grappling with much larger volumes of data.

From around 2013 until today the work has been dictated by the application of artificial intelligence (AI).

"We are very lucky because we manually gathered the data over the last ten years. We have a huge dataset we can use for training the AI."

“We can do much more with the data but from an engineering aspect we have to change our mindset too. It’s not only about having to refine your processes, but also how you implement AI algorithms.

“Over the last six years I’ve seen a big change in how we treat the data and extract the information. In the early years, every decision that came in was processed by a human. Now, a lot of that is done automatically. This is a completely different world.”

It’s not an overstatement to say that AI has revolutionised Darts-ip’s business. By way of
example, in 2015, the company received a dataset of more than 300,000 PDFs of court decisions from an authority in Asia. In the manual world, it would have taken the company one to two years to process. With AI, Darts-ip classified it in less than 35 minutes.

“Aside from dramatically reducing the processing cost for Darts-ip, customers don’t have to wait two years to get access to the last decision, making it a much shorter time to market,” he adds.

“If well applied, AI also allows smaller companies to provide solutions that only a big company could have previously.”

During the run up to the launch of the EU General Data Protection Regulation in 2018, AI helped the company overcome a major problem.

“We had to remove all the names from decisions where the party was a private person,” says van Zuylen.

It was a massive task with a tight deadline and after searching, unsuccessfully, for an off-the-shelf solution, van Zuylen and his team created their own. They created something else in the process.

“In four weeks, we processed everything. We were also able to extract other details, such as the nationalities of the parties. It was interesting to see how the courts treat the parties of one nationality or another,” he adds.

AI also helped resurrect an old project. In 2011 the company tried to do image recognition on trademark cases, where a user could upload an image and search for others that were similar. “But it was not good enough and was shelved,” says van Zuylen.

Then last year Darts-ip revisited the tool, leveraging AI, before relaunching it this year. It worked so well that in September, the Benelux Office for Intellectual Property (BOIP) embedded it into its own trademark registration system. The BOIP’s deputy director general, Hugues Derème, hailed the software as “a major breakthrough”.

SaaS is a fiercely competitive sector, with dozens of large companies offering IP lawyers a variety of AI-backed solutions. According to van Zuylen, AI is becoming commoditised and is no longer a unique selling point.

“The most important thing is the dataset behind it,” he says.

“We are very lucky because we manually created the data over the last ten years. We have a huge dataset we can use for training the AI,” he explains.

The team is now working on a tool that can predict future cases based on previous outcomes—“quite a complex thing” admits van Zuylen.

Using that platform, the team hopes to create an automatic drafting tool, perhaps something that back in 2006 would have seemed impossible.

What other breakthroughs is the company working on?

“The identification of unique data is essential. It’s a challenge to find data no-one else has access to, but it can be unique in the way you work on it. And we have some ideas,” van Zuylen says, unwilling to give too much away.

Internally the company is now focusing on increasing revenue, and launching in regions where decisions are hard to find or there are
language barriers, such as South Korea, China and Japan. Africa and the Middle East are particularly tricky regions to gather decisions in and remain a challenge, he says.

In May this year, the company rolled out a new graphical interface, Insights. This dashboard provides a ‘bird’s-eye view’ of litigation and prosecution trends that might be developing in certain courts, countries or case-types.

The interface uses five million cases from over 3,500 courts in more than 130 countries, with the aim being to deliver easy-to-interpret visual representations from massive amounts of data.

Insights and the image search tool are tangible examples of how far the company has come in just over a decade.

“In 2006 we had to educate the market. We had to convince it there was value here,” van Zuylen says.

Thanks to the team’s perseverance, the convincing part has been achieved. The company now finds itself in a race to discover new, unique data and create new ways for lawyers to access the data it already has, and AI will play a central role in both for the foreseeable future.