Counterfeits: Fakes news concerns us all 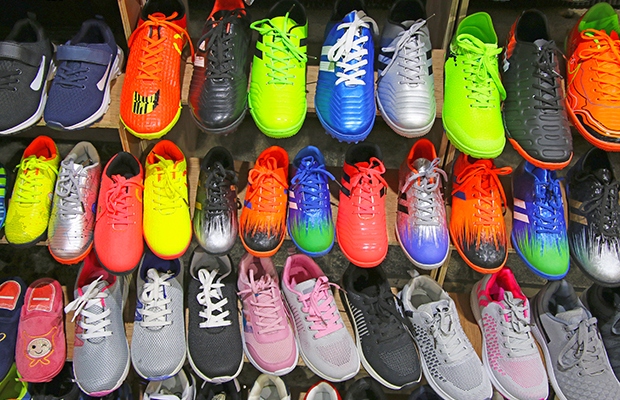 This year, two reports on IP rights violations and their economic impacts worldwide have been published. The content of both the Organisation for Economic Co-operation and Development and EU Intellectual Property Office (EUIPO) “Trends in Trade in Counterfeit and Pirated Goods”1 and EUIPO’s “2019 Status Report on IPR Infringement”2, is particularly alarming.

The first observation is that, despite stable or even recessionary economic growth, the volume of counterfeiting increased between 2014 and 2016 compared to the previous analysis (2011/2013). In the EU, counterfeit goods now represent 6.8% of imports or €121 billion ($135 billion) per year. In 2013, they represented 5% of imports, or €85 billion.

The second observation is that criminal networks take advantage of the lack of enforcement by certain states and adapt their product distribution by utilising new means of communication (internet, social networks, etc), distribution channels (transit, free zones, small parcel shipments) and consumer requests. In addition, the return on investment is high, and the penalties imposed are low and provide no deterrent effects on counterfeiters, fences and sellers.

The consequences of counterfeiting are dramatic, particularly in terms of an estimated 468,000 jobs lost in the EU and lost sales due to counterfeiting equalling €92 billion per year from 2012 to 2016. The fight against counterfeiting is also a financial burden for companies that protect and defend their rights. These costs include the protection of creations and innovations, hiring dedicated enforcement staff, procedural fees, storage costs and more.

These detailed reports dive into the extent of the phenomenon, its persistence and growth despite the legislative measures taken and the effective tools made available to right owners, particularly in the EU.

Faced with such a situation, some operators, particularly small and medium-sized enterprises (SMEs), may be tempted to give up or even not protect their creations and innovations and not implement an anti-counterfeiting strategy. Allowing this to happen is not the solution because counterfeiters benefit from the negligence of right holders and national authorities.

"The consequences of counterfeiting are dramatic, particularly in terms of an estimated 468,000 jobs lost in the EU."

Although European legislation provides a range of measures that allow right owners to put effective control measures into place, lobbying the authorities should not be neglected.

The two reports also highlight the weak involvement of certain states in the fight against counterfeit products and the consumer’s increasing demand for them. Easy access to inexpensive counterfeit products is no longer perceived negatively even though a previous EUIPO study “European citizens and Intellectual Property: perception, awareness and behavior”3 found that 97% of European consumers believed in the importance of protecting IP rights.

Corruption, lack of judicial response and the lack of deterrence by the use of sanctions contribute to the impunity of counterfeiters and the non-stigmatising perception by society, even though counterfeiting affects products intended for human health. Now, more than ever, these sociological findings must lead economic operators to put pressure on the legislative, political and judicial powers.

There are many associations in Europe dedicated to the defence of IP rights4 and the fight against counterfeiting. The fight also involves education, especially for the young, to ensure that counterfeiting is recognised as a danger to the economy and consumers, as well as to the creators and inventors.

If there is no standard strategy to fight counterfeiting, then basic preventive measures must be implemented. As the EU offers several tools to do this, it is highly recommended, in the absence of dedicated teams, to obtain support from an IP professional.

The following six tips are measures one can take to implement a standard strategy to fight counterfeiting:

Set objectives: based on market analyses, human and financial resources, the volume of counterfeiting, countries at risk, distribution channels and methods.

Protect IP rights: in the country of the owner and the countries of distribution but also in high-risk territories. The 2019 studies showed that China, India, and Turkey were the main producers of seized counterfeit goods.

Register your rights in the European or national customs registers and where possible, in the manufacturing countries. It is a way for customs to be aware of the protected rights, the characteristics of authentic products and to be able to seize a suspected counterfeit product. In Europe, the EUIPO’s IP Enforcement Portal is an effective tool that provides a direct link between the right owner, customs and the police.

Act: the holder must be prepared to act following a seizure both to protect his rights and to enhance the work of the authorities. The absence of a reaction is harmful and can lead to a lack of interest on the part of the authorities in protecting the rights of the person who does not act.

Communicate: advocacy information can act as a deterrent to counterfeiters and reassure the consumer of authentic products.

The impact of counterfeiting on businesses and the economy is shown in the loss of jobs, markets, revenues and taxes, and the lack of consumer interest in a product or a brand. Protecting and acting represents a cost to the companies with sometimes disappointing results. However, the 2019 studies show that they have everything to lose by not taking the necessary measures to combat counterfeiting and that any weakness is a source of increased risk in terms of both image and business.

Frédéric Blanc is head of Dennemeyer & Associates France. He is a trademark and design attorney in France and a European trademark and design attorney. Frédéric Blanc has been active in IP since 1991 and has extensive experience in trademarks, domains, designs, copyrights, unfair competition law, contracts, and anti-counterfeiting, notably in the fashion industry. He can be contacted at: fblanc@dennemeyer-law.com

At the frontier of tackling online counterfeits
01-05-2012