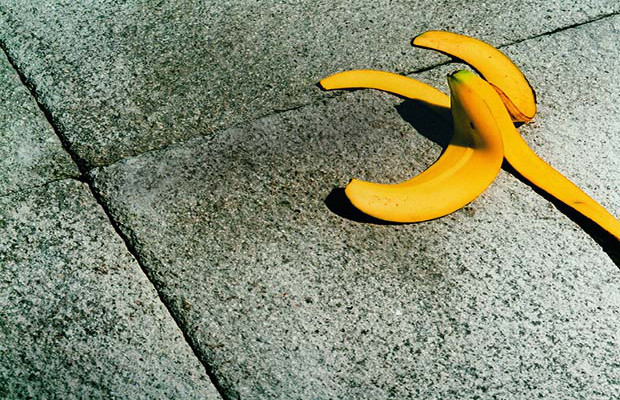 Paul J Sutton of Sutton Magidoff Barkume provides the cautionary tale of a patent attorney agreeing to work on a contingency fee basis and the series of unfortunate events that follow.

Patent attorneys by the very nature of their practices will often be asked to protect IP ideas years before they are ever commercialised. Some patentable ideas may never see the light of day, while others may have the potential to create considerable financial returns for their creators as well as investors.

Occasionally, if requested by their client, the attorney may be faced with an opportunity to be lured into taking on patent prosecution and/or litigation matters on a contingency fee basis.

Doing so carries with it the hope of sharing in financial rewards. It’s generally improper for an attorney to broach or pursue such contingency fee arrangements. However, there may be nothing wrong with accepting such an arrangement when the client is unable otherwise to pay hourly-based legal fees.

This article seeks to analyse the risks associated with agreeing to a contingency fee arrangement—through the lens of the patent attorney rather than that of the inventor.

The reader is invited to imagine a patent attorney in his office, greeting a new client who has invented a clever automobile accessory. The inventor shows the attorney a working prototype, together with drawings, a written description, and test data demonstrating successful results.

The attorney is impressed, and personally believes that the invention has the potential to achieve very significant sales volumes, if it can be protected under the patent laws. He recommends that a $2,000 patentability search be conducted to examine any relevant prior art that may affect novelty. The inventor agrees, writes a cheque, and authorises the search.

He recommends that an application for a patent be filed with the US Patent and Trademark Office, and spells out the fees and costs associated with the preparation and filing of a US patent application, estimating that such fees and costs would amount to between $25,000 and $30,000.

The patent attorney also explains that unless the application is promptly allowed, the prosecution thereof could result in at least another $10,000 to $20,000 in fees over a one to two-year period.

The inventor gulps. She never imagined that patents were that costly, she doesn’t have such monies. She asks whether the attorney would be willing to file a patent application and pursue prosecution on a contingency fee basis, where the patent attorney would own 20% of the patent and all monies that it might generate, such as through licensing or sales.

It’s at this point that the attorney’s blood pressure rises a bit. He loves the invention and believes that it has considerable commercial potential—perhaps capable of generating tens of millions of dollars.

“Is this an opportunity for me to bring home the pot of gold at the end of the rainbow?” he wonders. After all, 20% of just $10 million would be a return of $2 million.

Despite sage advice to the contrary from elders in the field, the attorney agrees to the 20% arrangement. He shakes hands with the inventor, and immediately begins preparing the patent application. He is committed to enforcing and defending the inventor’s patent rights.

A patent is granted on the application, and the inventor and the attorney celebrate. Together, they give several patent licences to a number of licensees under agreements which warrant patent validity. The product almost immediately enjoys huge success in the marketplace, with product placements in major brick and mortar stores as well as through online sales.

The patent attorney’s law partners toast him and the success that they hope he will bring to the firm. Only a few of the partners are secretly jealous. As a result of the patent licences, royalties begin streaming in. Investors, attracted to reports of these opportunities and sales, invest considerable sums which are earmarked for production equipment and marketing efforts. The patent attorney considers himself a lucky partner of the inventor in a wonderful joint venture.

A series of unfortunate events

Jump ahead seven years after our patent attorney agreed to the 20% arrangement. He is sitting in the offices of a group of newly retained personal attorneys. Things could not have gone more wrong—a series of unfortunate events have taken place.

Shortly after the issuance of the patent, not realising that infringement threats can enable the threatened party to institute a declaratory judgment (DJ) court action in which patent invalidity and/or infringement may be asserted, the inventor threatened an accused infringer who had copied her patented invention.

The accused infringer, under advice of counsel, raced to a US district court  and filed a DJ complaint. The inventor becomes a DJ defendant in a federal lawsuit, and our patent attorney finds himself in the unfortunate position of having to invest millions of dollars of time defending the validity of the patent and fighting an argument of non-infringement.

After a trial focused upon whether the accused actually infringed the patent, and whether the patent is valid, the jury came down with a verdict of patent invalidity, based upon relevant published prior art that was not uncovered by the patent attorney’s initial patentability search. Judgment was entered for the DJ plaintiff, virtually destroying all patent rights.

Upon receiving the jury’s finding of invalidity, the district court judge entertained a motion by the DJ plaintiff for its attorneys’ fees required to defend the claim and lawsuit. The judge granted the motion and awarded the DJ plaintiff $3.5 million, plus interest, to be paid by both the DJ defendant inventor and the patent attorney.

The inventor and her attorney’s request for an en banc hearing was denied, and further costs were awarded against them. Efforts to appeal to the US Supreme Court were to no avail.

From bad to worse

Emboldened by the invalidation of the patent, competitors began flooding the market with copies of the invention, knowing that they were free to do so without challenge.

Investors who had invested in what they believed was a proprietary, patent-protected business, brought lawsuits against the inventor and the patent attorney, claiming fraud in the inducement. Many such lawsuits took years to go to trial, and were successful, adding hundreds of thousands of dollars in legal costs.

Licensees cancelled their licence agreements and immediately stopped paying royalties to the inventor. Some brought lawsuits against the inventor and the patent attorney, seeking a return of the royalties that had already been paid.

The patent attorney was no longer a hero to his law partners. He was ostracised and, after a vote of the partnership, was quietly asked to leave the firm. His capital contribution was not returned, and he was asked to reimburse the partners for their costs.

"Despite sage advice to the contrary from elders in the field, the attorney agrees to the 20% arrangement."

Only with the benefit of hindsight, after all events play out, will an attorney know whether he can be considered brilliant from the beginning (where there is a huge settlement payoff), or he was a fool from the beginning (such as in the foregoing scenario).

If there is a moral to this scenario, it is for us to fully understand our own personality, including our tendencies toward risk-taking. Are the events presented above an exaggeration? Yes—they are presented to stimulate thought and discussion.

One might ask if the patent attorney was “bamboozled”. Was he “duped”? Has he been “snookered?” Is he “misguided?” The answer to each of these questions, which have been framed in colourful slang expressions, is an emphatic no.

This article is written in the spirit of informing the reader of legal consequences that are not necessarily obvious to the patent practitioner or to the public.

Paul J Sutton is founding partner of IP boutique law firm Sutton Magidoff Barkume and is adjunct professor at NYU’s Tandon School of Engineering. He can be contacted at: paul@smb.law