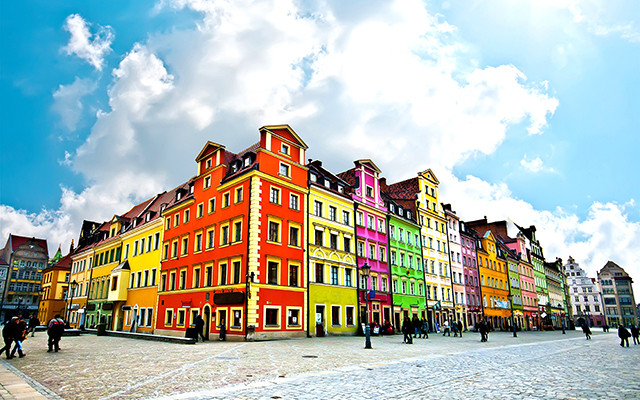 In the post-Communist world, the ownership of Polish trademark rights became a hot issue, as many marks were registered in the name of organisations that had ceased to exist. Anna Zakrocka of Patpol provides an update.

The collective trademark was established by the Paris Convention for the Protection of Industrial Property of March 20, 1883, which says a group of several entities can use a mark jointly. Under the current Polish legislation, article 136 of the Law on Industrial Property of June 30, 2000 provides that any legal entity representing the interests of several parties may be granted the rights to a collective trademark; it can be used by that organisation and the parties it represents. Although a collective trademark may be used by several entities, the right is granted in the name of one specific organisation.

After World War II, Poland had a centrally planned socialist economy, in which the majority of industry was state-owned and the companies from one sector were grouped together in so-called branch associations. These associations were responsible for managing a given branch of industry. All companies in one branch, regardless of where they were based in Poland, used the same trademark and the same company name for their products.

They distinguished themselves only by adding the name of the town or city where they were based. The trademarks used by the companies grouped within one branch association were collective, and the owner of the rights was the branch association.

In 1990, Poland began transforming into a free-market economy. As a result, branch associations were split and the companies started to become private businesses. The companies became independent and competed against each other. Although most of the privatised companies retained their names, the ownership of the trademark rights became a hot issue, as the marks were registered in the name of organisations that had ceased to exist.

The trademarks had been used for many years by all members of the branch associations, and had obtained substantial financial value and a good reputation. Consequently, each company still wanted to take advantage of the reputation of the mark representing its former association.

The disputes over trademark ownership were solved in various ways. The protection of some collective marks came to an end due to a lack of renewal, while some companies filed separate applications in their own names for trademarks identical to the collective marks but with additional geographical terms.

There was also a group of companies that established new organisations to represent their interests. Consequently, the rights to collective marks were transferred to these organisations through the relevant assignment agreements. However, it led to many conflicts between the parties and generated contradictions in the doctrine and the case law of the Polish Patent Office (PPO).

One of the issues that was clarified by the Supreme Administrative Court of Poland was whether the companies associated with an organisation had a legal interest to try to cancel an individual right obtained by the organisation itself. The case concerned an organisation that registered the collective trademark ‘Pollena’.

The organisation filed the application in its own name and subsequently obtained a registration for the individual word-figurative trademark ‘Pollena’ in a stylised form. A request to cancel the mark was filed at the PPO by the companies that were associated with the organisation and which had the right to collectively use the word mark ‘Pollena’.

"The associated companies would consequently lose control over the function performed by the collective trademark. Therefore, the registration of the individual trademark ‘Pollena’ was cancelled."

The parties that filed the request for cancellation argued that the individual registration of the trademark in the organisation’s name was morally wrong and violated the principles of commercial integrity. The PPO dismissed the request, arguing that the parties did not have a legal interest as the mark did not violate any rights of the parties. According to the PPO, the mark’s registration did not limit in any way the rights of the parties to freely use ‘Pollena’ as a trademark and company name, because the parties were still able to enjoy this right based on the regulations on use of collective trademarks.

However, the District Administrative Court in Warsaw dismissed the PPO’s decision and the Supreme Administrative Court rejected a subsequent complaint against the district court’s ruling, finding the complaint groundless. So, both courts found that the parties that filed the request for cancellation did have a legal interest in requesting that the individual trademark ‘Pollena’ registered in the name of the organisation be cancelled.

Moreover, the owner of ‘Herbapol Wroclaw’ referred to article 165, point one of the Law on Industrial Property. It says that a request to cancel a right cannot be filed on the ground that it conflicts with an earlier trademark if, for five successive years from the registration date, the requesting party has acquiesced in the registered trademark’s use. Meanwhile, the owner of the collective trademark has never objected to the trademark ‘Herbapol Wroclaw’ even though it must have been aware of such use.

In both instances, the courts decided that due to the similarity between the opposed marks, there was a risk of confusing consumers about the trademark ‘Herbapol Wroclaw’, owned by only one entity associated with the organisation, and ‘Herbapol’, which all the entities, including the owner of ‘Herbapol Wroclaw’, have the right to use.

The allegation that parties should lose the chance to file a cancellation proceeding if they acquiesce in the trademark’s use for five successive years from the registration date was also found groundless. The organisation was not able to file the opposition, as each associated entity had the right to use ‘Herbapol’ with the geographic name of its location.

Due to the historic background and the economic transformation of Poland, it seems very likely that there will be more disputes over the ownership of rights to trademarks that were once collective, and the task of solving any contentious issues will be left to the Polish courts. 

Anna Zakrocka is a European patent attorney at Patpol. Her practice covers trademark prosecution and litigation, counselling on trademark protection matters, drafting and negotiating agreements, and conducting trademark searches. She represents Polish and foreign clients before the Polish Patent Office, the Polish courts and OHIM. She can be contacted at: anna.zakrocka@patpol.com.pl