Change on the way in the Gulf states 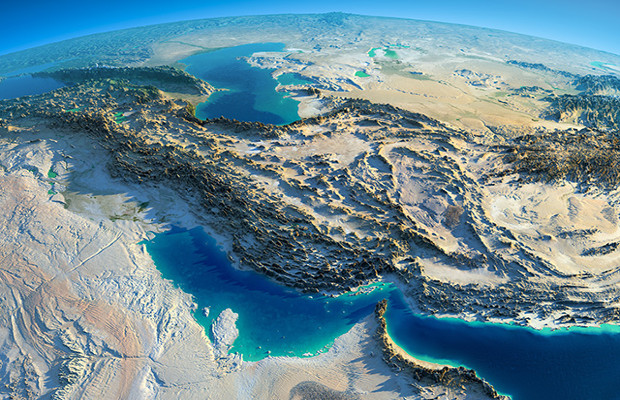 The final draft of the new GCC Patent Law, which is not yet available to the public, will bring some important changes, as Jan Wrede of Dennemeyer & Associates and Abdullah Almazroa of the GCC Patent Office report.

Each Gulf Cooperation Council (GCC) patent application, as required by international standards, has to fulfil the usual requirements of novelty, inventiveness and industrial applicability. In this regard, article 2/1 of the 1999 Patent Regulation of the Cooperation Council for the Arab States of the Gulf states that: “An invention shall be patentable according to the provisions of this regulation and its bylaws if it is new, involves an inventive step, is industrially applicable and is not contrary to the laws of Islamic Sharia, or public order or to morality observed in the Cooperation Council states, whether that was pertaining to new products, industrial processes, or to manufacturing methods.”

Article 5/2/2 adds: “The specification shall disclose the invention in a manner sufficiently clear and complete for the invention to be carried out by a person having ordinary skill in the art.”

Each application is then examined based on formal and substantive requirements. According to article 11/2: “Should it be found by the substantive examination that the application is not eligible for a patent, the GCC Patent Office (GCCPO) shall make a decision rejecting the application with indication of reasons for such rejection, and a copy thereof shall inform the applicant.”

As further detailed in article 21 of the Implementing Bylaws of the Amended Patent Regulation of GCC: “The applicant may plead that decision to the [grievance] committee within three months following the publication date.”

Finally, article 24 of the regulation stipulates that: “Any decision issued by the office may be appealed within three months from the date it was known to be delivered, or from the date of its publication, whatever the case may be.”

Answering an office action before the GCCPO under the current GCC Patent Law has two different levels.

First, the applicant can challenge the GCCPO decision based on substantive examination of the patent application. This objection should be submitted to the office before the expiration of the three-month period from the issuing date of the decision. Under the regulation, there are up to three chances to examine the patent application, with three different examination fees.

"Although there were four validation cases raised before the grievance committee, the ruling of the committee in all of those cases was lack of jurisdiction."

Almost one third of the examined patent applications in 2014 went to the second examination stage, which means about 1,200 challenges have been submitted to the office against the examination report results.

Second, an applicant can raise an appeal against any of the office’s final decisions at the filing, formal examination and substantive examination procedures. This paid appeal should be submitted to the grievance committee, which comprises 12 members, two from each GCC member state, before the expiration of the three-month period from the issuing date of those decisions or from their publication date.

By the end of 2015, around 65 appeal cases had been raised at the grievance committee. Most of those cases were against the office’s decisions for refusing/granting the patent; the other cases were against rejecting and elapsing decisions issued by the office due to an applicant failing to respond to the office requirements in the allotted time. These failures included not paying the required fees or providing the required documents.

The GCCPO committee has ruled on all these cases. Around 31 of them went in favour of the office, 30 went against it, and lack of jurisdiction was decided for the other four cases. However, the committee’s rulings have never been made public. This has led to a lack of case law in the field.

The current GCC patent regulation does not govern many important patent issues; one of them is the right to validate the granted patent after the expiration of the three-month publication period, which is seen as one of the weakest points of this law. Although there were four validation cases raised before the grievance committee, the ruling of the committee in all of those cases was lack of jurisdiction. In practice, the applicant can challenge these rules before the board of grievances.

A positive is that the final draft of the new GCC Patent Law, which is not yet available to the public, does enshrine the right of any party, including the GCCPO, to validate a granted GCC patent before the board of grievances in Saudi Arabia after the expiration of the publication period of that patent. That is in addition to other important issues such the publication of the patent application after 18 months from the filing or priority date, as is seen in most of patent systems around the world.

The new law will bring the GCC patent system more into line with international standards.

Jan Wrede is the director of the Dubai office at Dennemeyer & Associates. With practice experience as an attorney at law and a trademark and design attorney, his areas of expertise include IP filing and prosecution, portfolio management, anti-counterfeiting, IP contracts, labelling, domain names, and IP litigation. He can be contacted at: jwrede@dennemeyer-law.com

Abdullah Almazroa is a patent consultant and the director of substantive examination directorate at the GCC Patent Office. Almazroa has made several presentations on and written papers about IP, and has published a book called “GCC Innovation Index”. He can be contacted at: aalmazroa@gccsg.org