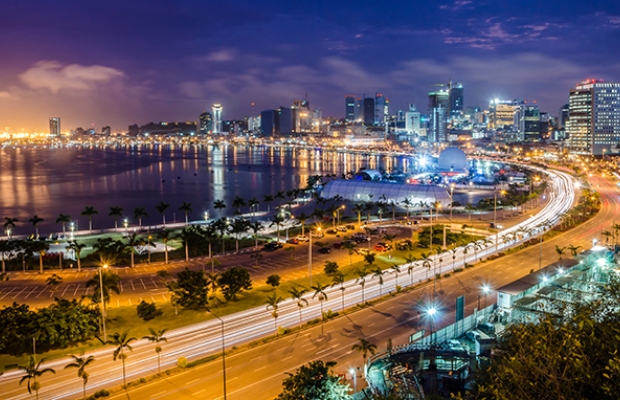 Africa represents perhaps the most challenging region in the world when it comes to IP protection—especially for non-African applicants unaware of the peculiarities of the continent.

A lack of electronic services (most IP offices in Africa still use paper over digital records), longer pendency rates and waiting times (due to that extra paperwork), a dearth of IP experts, and non-specialised courts all translate into potential issues for protection, enforcement and prosecution for a rights owner.

When the inherent cultural and language barriers between the continent’s jurisdictions are added to this mix, the risks for non-Africans doing business there are obvious.

Anyone with knowledge “on the ground” becomes a valuable asset. Daniel Reis Nobre is one such person. As managing partner of the Africa IP practice at Inventa International, Reis Nobre is used to educating clients about the region’s IP quirks.

He’s also used to people referring to the second largest continent as a single country or thinking that South Africa is, basically, Africa.

“Here resides a very wrong idea that some people from all around the world still have about Africa,” Reis Nobre says.

“There are many differences between the countries. Cultural, historical and language differences, consumer habits and political or religious influences differ from country to country.”

In terms of business in general, South Africa is still the “business hub” for the continent, Reis Nobre admits. But it’s gradually changing and each year, more individual countries in Africa are doing business internationally, not through South African regional partnerships.

Each jurisdiction has its own IP rules, Reis Nobre explains. Some are based on old European laws, so local knowledge is “very important”.

"It's very common to go into a supermarket or a pharmacy and see multiple products without IP protection."

Inventa International’s headquarters are in Portugal (where it was founded in 1971) and it in has offices in Angola, Mozambique, and Nigeria, plus representatives in Cape Verde, São Tomé and Príncipe, Macau, and East Timor.

It has about 60 employees with two partners in the head office and a partner in each African office. The firm offers a full range of IP services from filing and prosecution, enforcement, counterfeiting and litigation, advice and consultancy for any IP-related matters.

Protect or lose out

“As a developing and emerging region, new businesses proliferate everywhere in Africa. In terms of IP we notice that there are many more products than their respective trademarks or other IP rights.

“There is a need for IP protection in Africa that many IP owners still do not see,” he warns.

“It’s very common to go into a supermarket or a pharmacy and see multiple products without IP protection. Many businesses are taking a huge risk and there are solutions for that.”

Inventa sometimes works with clients whose IP has been infringed but who had not thought to register IP in the region. The firm has handled infringement cases where “the clients thought they had Africa covered” based on a patent or trademark application in South Africa.

In other cases, clients have assumed that their European filings protected them, because some territories were a dependency of the UK, France, or Portugal, which still happens, for example, in St. Helena, Mayotte, or Réunion.

“This was more common in the past, but it still happens from time to time. And suddenly, their goods can be spread out throughout an enormous continent without any IP protection,” Reis Nobre explains.

"Unlike other regions, in Africa physical presence is still the essence of understanding and actually doing business."

“It’s a matter of educating IP owners about the IP systems in Africa, from both regional and national perspectives.

“This doesn’t apply only to domestic clients—many international companies still have their
goods in different markets in Africa without proper IP protection.”

Regional agreements between countries in Africa have made it easier to consider regional, as opposed to country-by-country, protection. However, clients should never assume they have blanket coverage, Reis Nobre warns—some big economies are not members of any agreements, such as South Africa, Nigeria, Angola, and Algeria.

“IP harmonisation in Africa is much better nowadays and it has been improving considerably in recent years,” he says, adding that IP systems and general improvements in IP practice are helping to grow the region’s economies.

“We can see it by the growing diversity of applicants and industries investing in their IP in Africa, from multiple countries and different regions worldwide.

“The World Intellectual Property Organization, the European Patent Office (EPO) and other international organisations have been partnering with local IP offices in Africa in order to improve harmonisation, train people, and provide better software solutions and databases.”

In terms of patent protection, most countries in Africa are members of the Patent Cooperation Treaty, plus Africa’s regional IP coverage is a cheaper, more convenient system than those found in Europe, he argues.

“Nowadays we can file a patent in the African Regional Intellectual Property Organization (ARIPO) and Organisation Africaine de la Propriété Intellectuelle (OAPI), covering 35 countries with only two patent applications and one single translation
in English.

“Added to this is a handy centralised examination and annuity payment system at two regional offices.

“If you want to do that in Europe, you would need multiple validations, translations and separate annuity payments at the EPO and dozens of national IP offices, becoming a much bigger burden for the
IP owners.”

Aside from the obvious benefit of protection across many markets, neighbouring countries outside the agreements are more likely to consider protecting a patent filed with ARIPO and OAPI.

In terms of languages and translations, Reis Nobre gives the common example of clients filing a patent in all African jurisdictions who believe, wrongly, they need a lot of translations.

“The answer couldn’t be simpler: English, French, Arabic and Portuguese are the only four translations you need to cover all the continent,” he says.

Regarding trademarks, many countries have already joined the Madrid Protocol (currently, around two-thirds of African nations), and are members of ARIPO or OAPI.

“In terms of designs, apart from the ARIPO and OAPI, which process this IP right as well, the majority of the countries are members of the Hague Agreement and therefore, applicants will be able to file only a few applications and have protection in multiple jurisdictions,” Reis Nobre says.

“I am of the opinion that ARIPO and OAPI play a very important role here, in terms of innovation and dissemination of their own IP systems and even IP in general throughout Africa,” he adds, pointing to ARIPO’s online filing system, implemented to ease the filing process for ARIPO agents.

“It has switched to a totally new and electronic world, which serves as a great example for other IP offices in the region.”

Reis Nobre is impressed with efforts by ARIPO and OAPI to “spread the word” about Africa’s regional IP systems. The organisations host local seminars and conferences and participate and exhibit in international IP events, such as the International Trademark Association and the International Association for the Protection of Intellectual Property congresses.

The two organisations have regular meetings with IP offices from countries that are “observers” which may join the regional agreements in the future. In addition to this, both organisations meet each other to find ways of cooperating.

While the positives are many, the region’s less well-developed nations still pose challenges. Some, like Ethiopia, Angola or Egypt, still require “legalisation” of documents for foreign filers. This administrative process can be “very difficult” and sometimes means a bigger investment is needed to obtain the legalisation than to file a trademark or patent, Reis Nobre explains.

“This is something that blocks innovation and investment in those countries and sometimes in a whole region,” he says.

But for Reis Nobre, the biggest issue is perception, this time from foreign companies.

Offering a robust defence of the region’s lawmakers, he says that this year Inventa has helped verify numerous amendments and new IP laws coming into force. In Zambia, a new law from 2016 came into force this year. The same occurred in Malawi, amending legislation that has been in place for more than 60 years.

“There are many other examples that prove African countries are interested and understand the need to have updated IP laws, as foreign and national income and investment depends on it,” Reis Nobre says.

“Many companies don’t trust that investing in Africa is going to be worth it or realise what that return would look like, which on the other hand provides a bigger opportunity for the businesses that take the risk.”

Being present in the African states is essential for Reis Nobre and the Inventa team. The job still requires leg work and face-to-face meetings with clients, customs and authorities.

“Unlike other regions, in Africa physical presence is still the essence of understanding and actually doing business. Without being ‘on the ground’ it’s basically impossible to do quality work,” he says.

“It’s difficult to get things done properly if we don’t visit the IP offices, the custom houses or any other authority.

“Domestic clients in Africa want to know who they are dealing with, even if we have been recommended by a third party—an email or a phone call will not make it work,” he says, adding that Inventa employs only local people in its African offices.

“International clients want us to give the answer that nobody else could. They want us to overcome situations fast and by relying only on third parties without a local presence, that just wouldn’t happen,” he explains.

“We maintain our European standards working within Africa—which is not easy, but we work hard,” he concludes.