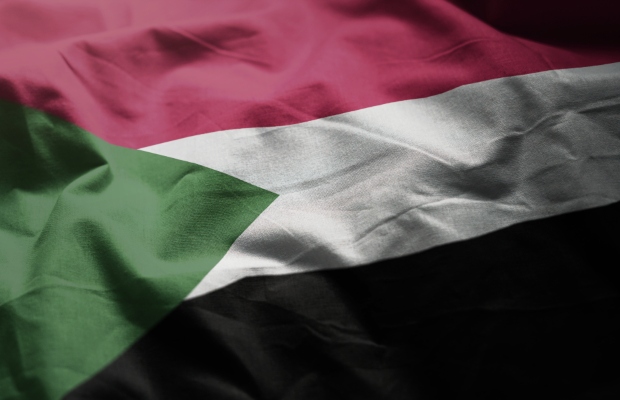 After the US removed Sudan from its terrorism blacklist, IP opportunities are there—if the country can update its rights regime, argues Inês Sequeira of Inventa International.

Sudan is the third largest country on the African continent and the Nile river traverses the country from South to North, while the Red Sea makes Sudan a bridge between Africa and the Middle East.

Endowed with rich natural resources, Sudan was considered the 17th fastest-growing economy in the world in 2010 given the rapid development of the country largely from oil profits, despite international sanctions.

However, the secession of South Sudan after an independence referendum in 2011 gravely affected the economy, as more than 80% of Sudan’s oil fields are located there. The situation was further exacerbated by the continuing tensions between Sudan and South Sudan.

The 27-year period of isolation left Sudan a diplomatic pariah and blocked access to financial aid that it now urgently needs.

On December 14, 2020, the US Department of State officially rescinded Sudan’s designation as a state sponsor of terrorism after considering Sudan’s actions to normalise relations with Israel and the resolution of terrorism claims regarding the bombing in 1998 of US embassies in Kenya and Tanzania, and the bombing in 2000 of the USS Cole.

However, the lifting of established restrictions will not be effective immediately as the US restrictions are incorporated into several regulatory regimes that may take some time to be amended.

Despite this fact, the end of the biggest barrier to the African country’s access to international and economic development will open new possibilities.

“With this announcement Sudan has the chance to re-engage with the global economy, from students seeking scholarships in Western countries to companies seeking trade deals and foreign investment.”

Sudan presents underexploited opportunities that can reinvigorate economic growth. With this announcement Sudan has the chance to re-engage with the global economy, from students seeking scholarships in Western countries to companies seeking trade deals and foreign investment.

The African Development Bank Group says that about 63% of Sudan’s land is agricultural, but only 15% to 20% of it is under cultivation. This represents an excellent opportunity for private investment since large-scale irrigated agriculture has the potential to create employment and increase national income and foreign exchange earnings.

Key emerging country partners, especially China, Malaysia, and India, will now see an open door for their international banks and multinationals looking to do business in Sudan.

Business opportunities are possible only with the assurance that it is a safe and profitable business, and this point is fundamental for IP as well. Thus, all investors should be mindful of the need to ensure that their rights, trademarks, patents, and designs are protected before exploring business opportunities in Sudan.

Given the coronavirus pandemic situation and the crushing economic crisis, this growth is expected to be even more visible from the first quarter of 2021, in the areas of agricultural commodities, medicine and medical devices.

According to the African Journal of Science, Technology, Innovation and Development, economic development is closely related to the inadequacy of the IP rights protection in Sudan.

With this change, we might see Sudan improving its national system of innovation and transfer of technology. These factors will certainly contribute toward enhancing IP rights, as will the promotion of adequate IP legislations and enforcement; a commitment to international IP agreements; finance, investment, and resources; social partnerships to encourage IP protection; increasing government and private sector concern; improvement of public awareness; encouragement of cooperation between universities and industry, and improvement of institutions; and coordination and culture for IP protections.

Here is a brief description of the trademark registration process in Sudan:

Trademarks in Sudan are valid for ten years from the filing date and may be consecutively renewed for the same period. Moreover, the time frame of a trademark registration until completion may take two to three years.

Regarding South Sudan, there is still no actual trademark law, but for some time the Ministry of Justice accepted the reservation of trademark applications as guided by the provisions of Sudan Trademarks Act of 1969.

Indeed, an official communication from the office of the chief registrar has confirmed that the registration of trademarks has been suspended until the IP laws are enacted.

However, pending the enactment of these laws, applicants intending to register their trademarks were able to proceed to reserve their trademarks. The registration process would then be completed once the laws have been passed by parliament. Nevertheless, even the reservation of trademarks is suspended until further notice.

The removal of Sudan’s status as a state sponsor of terrorism is a significant step to restore and resume its economic and other relations with the world after more than 27 years of isolation from international community, attracting prominent international companies to avail themselves of the great investment and business opportunities.

Consequently, this announcement may also lead to the reversion of the inadequacy of IP rights protection in Sudan.

Inês Sequeira is a trademark and patent attorney at Inventa International. She can be contacted at: isequeira@inventa.com