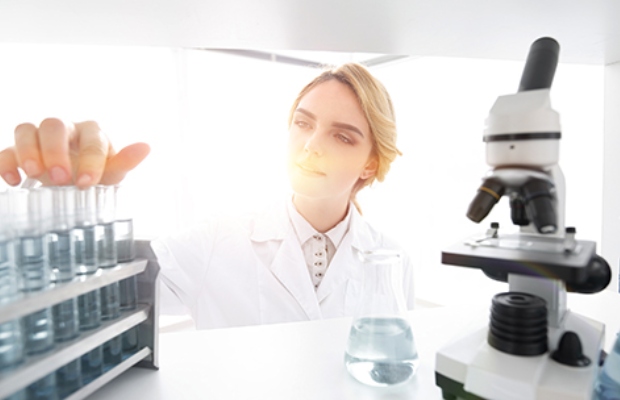 Despite greater female participation in science and engineering occupations and entrepreneurship, since 1998 the share of patents with at least one female inventor has increased only from 15% to 21%.

“Sluggish” is the term the US Patent and Trademark Office (USPTO) used to describe the growth of women’s participation in invention and patenting in a report published earlier this year.

While the number of patents with at least one woman inventor increased from about 7% in the 1980s to 21% by 2016, female inventors made up just 12% of all inventors on patents granted in 2016 in the US.

"Women are virtually absent in roles as influencers, trailblazers and pathfinders at the very highest echelons of the research enterprise.” - Mary Juhas, Ohio State Advance

The trend may seem encouraging, but since 1998, the share of patents with at least one female inventor has increased only from 15% to 21%, suggesting the pace of entry into patenting by women has slowed, according to the USPTO.

The office referred to women, like other under-represented groups such as ethnic minorities and children from low-income families, as the “lost Einsteins”—“people who may contribute valuable inventions had they been exposed to innovation and had greater access to the patent system”.

"If women are not exposed to TTOs or networks where others are patenting their work, they don’t learn the ‘language’ of commercialisation." - Nichole Mercier, Washington University in St Louis

“Too many great ideas remain locked in the laboratory, studio or classroom because the pathways to advance knowledge through innovation are opaque or inaccessible to women,” says Mary Juhas, associate vice president of Ohio State Advance.

In 2001, the National Science Foundation initiated institutional transformation grants through the Advance programme. There are currently more than 75 Advance institutions across the US.

The STEM pipeline for women accounts for part of the patenting problem.

Nichole Mercier, managing director of the Office of Technology Management (OTM) at Washington University in St Louis, says that at the university, 35% of the faculty population in the medical school are female, and the pipeline “continues to leak as women attempt to move through the tenure process from assistant professor to associate to full”.

However, the STEM demographic pipeline is disparate across academic disciplines. Going back to the USPTO statistics, Juhas points out the data for 2010–2015 show that women participate at a much higher rate in some STEM disciplines than is reflected in their patent activity.

The biological and life science fields are approaching workforce gender parity (47% are women), but women represented only about 25% of inventors on biotech patents and 23% of inventors on pharmaceutical patents.

“Similarly, the physical sciences, mathematics and computer science jobs track at nearly double the rate of women (more than 25%) as those who are named on patents (12%),” adds Juhas. “The engineering disciplines, where the percentage of women has stubbornly remained well below 20% over decades, maps closely to the women inventor rate.”

Women overwhelmingly file patent applications in disciplines in which women have preceded them, such as chemistry and design, rather than in the areas where mostly men hold patents, such as mechanical engineering. For Juhas, this means that the power of role models cannot be overstated, a sentiment echoed across this publication.

“Women are virtually absent in roles as influencers, trailblazers and pathfinders at the very highest echelons of the research enterprise, especially in the STEM fields. The technology transfer component of academic research is dominated by men,” says Juhas.

She adds that there’s enormous potential to expand the research enterprise by increasing the role of women innovators and positioning them to create companies, build the workforce and solve society’s most vexing problems.

It’s important to look further upstream: the first point of engagement in a university setting is the submission of an innovation to the technology transfer office (TTO).

One barrier to engagement in tech transfer activities is a lack of the social and professional circles/collaborations that might naturally lead a woman to the TTO, says Mercier.

She adds: “Another barrier is how women view their work, and not necessarily ‘identifying’ their work with what a TTO would be looking for. If women are not exposed to TTOs or networks where others are patenting their work, they don’t learn the ‘language’ of commercialisation, which provides a further barrier to engagement because women are more uncomfortable with asking questions.”

Yet another “glaring” barrier, according to Juhas, is a lack of time.

To combat the discrepancy in tech transfer activity, Advance and OTM have both implemented female-focused programmes.

Washington’s Women in Innovation and Technology programme invites women to participate in commercialisation and provides them with the toolkit that enables success, says Mercier.

“The invitation is important as it gives women the chance to identify and say ‘yes’ rather than automatically presuming there is no place for them,” she says.

At its foundation, the university had no companies started by women—now it has multiple women who are faculty entrepreneurs. There has also been an increase in gender representation of women on invention disclosures, breaking 50% of disclosures with female representation last year.

Mercier adds: “Our office has seen an increase in the number of patents filed with women inventors as well, reaching 44% of provisional patents with a women inventor in our last fiscal year.”

Reach for Commercialization, Ohio’s signature programme, is focused on creating networks of research-active women who are role models to women and men across the academic spectrum.

The women who’ve participated in the cohort-based programme have doubled their invention disclosures.

However, the problem that still accounts for the differential, even with all the balancing factors employed by the programmes, is that women continue to have to make more work/life tradeoffs than men, claims Mercier.

“They still tend to be the ones who run the household or at least orchestrate the running of the household, and women tend to be more involved in caring for elderly relatives,” she says.

Despite these barriers, both institutions are seeing positive trends and will perhaps become a blueprint for other offices to follow. If other institutions begin replicating these programmes, perhaps, in ten years’ time, the USPTO may have better news to present.