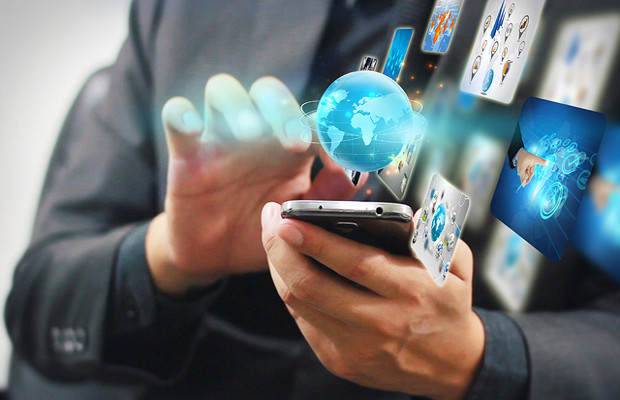 Avi Freeman examines how the role of the patent attorney is changing in an increasingly commercial world.

When patent attorneys first started plying their trade, their role was well-defined and discrete, no matter how technically and legally complex it may have been.

However, some things have changed, and it is important that patent attorneys change with them. The UK Intellectual Property Office’s website explains how Britain’s patent system had served it well during the Industrial Revolution but how by the mid-19th century it had become inefficient. The patent office in its modern centralised form was established in 1852 and the Chartered Institute of Patent Attorneys followed in 1882, gaining its royal charter in 1891.

Where the patent attorney was essentially concerned with getting a patent for an inventor to protect the invention in its own right, now patents can be thought of as commercial tools in the form of legal rights, and should not be considered as ends in themselves.

In this article I will consider a number of areas in which patent attorneys in the 21st century can add value to a company and provide practical commercial advice over and above the routine job of writing and prosecuting patent applications. I will focus on patents here but the same general principles apply to other forms of registered and unregistered IP, eg, registered designs, trademarks and copyright.

When meeting a new client, the questioning should not simply be about the IP. That will come with time. The patent attorney in today’s world needs to understand the commercial heart of a company, inventor or research department.

What is its commercial raison d’être? What does it do and why does it do it? How long has it done it and for how much longer does it want to do it? What else does it do? What are its goals in the short, medium and long term? Who are its competitors? What has it done in terms of IP already?

Answers to all these questions will colour, direct and influence the actions taken subsequently to generate the IP to protect the innovation. The IP will form part of a commercial approach to help achieve the client’s strategic goals.

Writing patents in isolation of commercial context can certainly work in terms of presenting an idea in novel and inventive terms and writing the claims to define broadly the desired protection. However, doing it this way risks a grave error—the patent may well protect something but will it provide the commercial protection that the client really needs? A pivotal role of the 21st century patent attorney is not merely to ask ‘what is the invention?’ When meeting an inventor to discuss a new invention, we should ask: why was the invention made in the first place?

Technical or commercial problem (or both)?

This question to some attorneys may raise ideas of technical problems to be solved. To European patent attorneys in particular, when it comes to prosecution, this is the issue that will primarily concern the patent office. But that is not what is being asked. The patent attorney should not initially play the role of the patent examiner. Rather, what should be asked is what commercial problem the invention solves and where it fits into the company’s strategy.

Patents take time to obtain and, although potentially of significant value, have about them an inherent uncertainty. A patent is valid and useful when it is granted but at any time during its life new prior art can come to life that will void it from the start.

If a company is a start-up with long-term goals to develop a strong and leading position in a technical market then patents are without doubt worth the investment, irrespective of the inherent risks.

"THE PATENT ATTORNEY ADVISING ON A NEW PRODUCT SHOULD BE INVOLVED FROM THE START TO HELP MAKE THE IMPORTANT COMMERCIAL DECISIONS WITH AN UNDERSTANDING OF THE IP RISKS."

However, if a company is new and cash-strapped, not yet capable of attracting investment or bringing a product to market, patents, although still useful as a cost-effective way to generate property in the company, have to be treated with caution. There is a strong argument that applications in this situation have to be more narrowly focused in order to limit costs during prosecution while generating interest to investors. There is clearly a balance to be struck—going too narrow could render the subsequent patent very easy to avoid and therefore of little value.

With tax regimes such as R&D tax credits and the UK Patent Box, patents can often provide a much quicker return on investment than was previously thought possible, but still they should be treated with caution.

A large proportion of wide geographic filing programmes start through the Patent Cooperation Treaty (PCT). A useful strategy combines this with the Patent Prosecution Highway (PPH). The PPH is the collection of binational agreements between national or regional patent offices that take into account search and examination work done in other offices with the goal of speeding up and streamlining parallel prosecution.

This provides an opportunity. A country is selected which has a large number of PPH agreements, eg, Japan. Steps are then taken to accelerate prosecution there to try and obtain an early positive indication of patentability. This can then be used in the large number of places where Japan has a PPH agreement, ie, the US, UK, Korea, the European Patent Office, China, etc.

Sometimes a client may not want to use the PPH due to the possible financial burden of having to deal with objections earlier. However, strategic planning of filing should always be done.

The preparation of a specification should take into account the commercial position of the client with an eye on possible negotiations, acquisitions and sales. For example, it may be worth putting additional independent claims into an application directed to different ‘minor’ inventive aspects, and getting them searched early.

The modern patent attorney has to bear in mind the risk to a client of launching a new product or service. One of the patent attorney’s roles should be to provide risk analysis, which feeds into other considerations and drives commercial decisions such as whether to launch or invest further at all. The IP alone is rarely enough by itself to clinch a decision but it is an important factor.

We see this when we advise companies at the launch stage or when a review is made of competitors’ IP or, more generally, when a landscape study is performed. We have performed many IP audits designed in part to answer the questions mentioned here.

IP risks in today’s world are greater now than they were 10 years ago, never mind 50 years ago. In today’s litigious world, not only are innovating companies watching for competitor products but non-practising entities (NPEs, also known as ‘patent trolls’) are also out there with their ears and noses to the ground. Failure to think about these issues can have serious commercial consequences down the line.

The patent attorney advising on a new product should be involved from the start to help make the important commercial decisions with an understanding of the IP risks. Sometimes, a robust devil-may-care approach may be appropriate depending on the type of product and who the other market players are. At other times, when the market is dominated by large patent-keen entities, eg, big pharma, a more cautious approach is advisable. The patent attorney should be equipped and happy to advise in this area.

There is a conflict at the heart of the patent system which arises from the inherent uncertainty that bedevils patents. It is this: at the time when significant investment of time and money is required, the likelihood of a single patent providing a return on the investment is unknown. A patent application almost always must be filed before the applicant can know whether the patent will ever be allowed by the patent office and whether the invention is likely to be a commercial success.

Big filers can overcome this with a numbers game. Large corporations can file 500 or more patent applications a year and if only 10 percent of them provide a return then that will more than cover the overall cost of the programme. Small and medium-sized entities dealing in smaller numbers of applications are inevitably playing a higher odds game. The 21st century patent attorney must understand this and advise with it in mind.

The role of the patent attorney in the modern world is broader and more commercial than it once was. Patent attorneys advising their clients today need to counsel not just on the nitty-gritty of how to get patents, but also on the strategically important question of where, and why, they should get patents in the first place.

Avi Freeman is a partner at Beck Greener. He can be contacted at: afreeman@beckgreener.com