More Than Just a Color 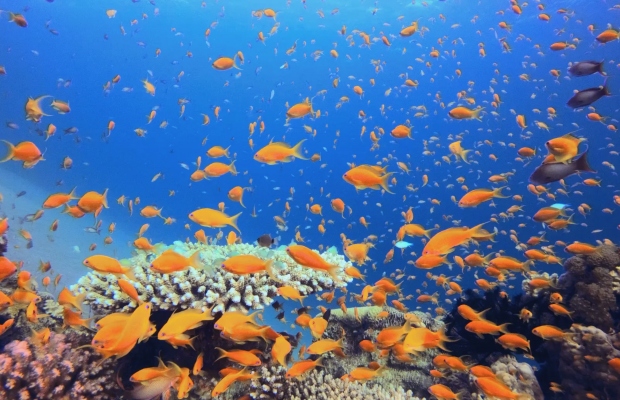 Rory O’Neill speaks to experts on color trademarks about the discrepancies in how different jurisdictions enforce such nontraditional IP rights.

For some brands, color is everything. Confectionery maker Cadbury, for example, is among the most well-known chocolate brands in the United Kingdom. One of the most consistent aspects of its branding is the use of a particular shade of purple which, Cadbury asserts, has become synonymous with the company with respect to chocolate.

For a global brand such as Cadbury which claims to have distinctive rights for a particular shade, a lack of harmonization across different territories when it comes to the rules on color trademarks can present unique challenges.

The lack of harmonization frustrates Mary Bagnall, Partner at Charles Russell Speechlys in London (UK), who for more than a decade has been advising Cadbury on registering and protecting its brand color in the country.

In her view, the United Kingdom Intellectual Property Office (UKIPO) is veering off course from well-established EU precedent on the registration of color marks.

The UKIPO states that “applicants should consider whether the way color is used forms an essential part of the subject matter of their trademark, as it may be advisable to define the mark in this way from the outset.”

According to Ms. Bagnall, that interpretation equates more to a “position mark” where the color is in a particular location, similar to the overhead canopy of a fuel station or the red tab on the back pocket of Levi’s jeans.

Defining the way the mark is used in order to obtain an application is contrary to the principle that the color mark is without contours—and that would be at odds with the Court of Justice of the European Union’s (CJEU) May 2003 decision in Libertel Groep BV v. Benelux-Merkenbureau, she suggested.

Not a Black and White Issue

The extent to which single, contourless color can be registered as a trademark in the EU and the UK is by no means a “black and white” issue, according to an article published last year in The Trademark Reporter, INTA’s peer-reviewed scholarly journal (Eugene C. Lim, “More Than Fifty Shades of Grey: Single Colors, Position Marks, and the Self-Containment Criterion”, 109 TMR 779 [2019]).

As explained in the article: “One of the primary stumbling blocks that color trademarks have to overcome in the registration process is the lack of inherent distinctiveness. Nevertheless, even color-based trademarks that have acquired distinctiveness may not be registrable if they are not represented with sufficient precision, clarity, and objectivity.

“This has prompted commentators to suggest that while the registration of color trademarks per se may be possible in theory, in practice registration is often unattainable.”

In Cadbury’s situation, a UKIPO hearing officer last year gave decisions in oppositions to three applications filed by the confectionery company, each with a different description in light of the uncertainty as to what precise wording the UKIPO required to designate a color mark without contour as contemplated in Libertel.

The UKIPO proceedings marked the latest salvo in the company’s long-running dispute with fellow confectioner Nestlé, which filed the UK oppositions and is looking to block Cadbury from having a monopoly over the shade for chocolate products.

The hearing officer accepted one filing, which specified the Pantone shade applied to the whole surface of the goods in question. But the officer rejected the other two marks; each decision is now the subject of an appeal.

One of the rejected trademarks filed by Cadbury specified only the Pantone shade 248C, without further description. Ms. Bagnall described this as a “pure Libertel” mark, referring to the type of color mark without contours which, in her view, is acceptable under CJEU precedent in Libertel.

The denial of the “pure Libertel” filing leaves brand owners such as Cadbury in the dark about what can, and can’t, be registered, Ms. Bagnall argued, and puts the UK at odds with CJEU precedent.

“The UKIPO guidelines regarding color marks have changed several times and now state that ‘applicants should consider whether the way color is used forms an essential part of the subject matter of their trademark,’” Ms. Bagnall explained.

“It’s at odds with what the 27 member states of the European Union are doing,” she added.

As an example, Ms. Bagnall cited Germany, where there is apparently no issue with marks filed with “pure Libertel” wording, she said.

“If applications for color marks fail, it’s usually because they haven’t demonstrated sufficient distinctiveness. There’s no requirement to describe how that color is applied,” she said.

“People might say to you at a dinner party, ‘No-one can own purple.’ But that’s not what it’s about.” - Mary Bagnall, Charles Russell Speechlys

Until the hearing of the Cadbury appeals, it will not be clear whether the UKIPO will accept a “pure Libertel” application. That’s not to say that this is a low bar to clear, or that it’s necessarily much easier to register color marks in the EU.

“Color marks in the European Union are attainable, but only in exceptional circumstances,” said Paola Ruggiero, Counsel at Bird & Bird in Milan (Italy). “It has to be remembered that the threshold for distinctiveness is particularly high for colors.” The CJEU’s position is that consumers do not normally make assumptions based on the commercial origin of goods or services based on color, she explained.

“Rather, they do this in the context of very specific goods for a very specific clientele, or in the case of a color which is extremely unusual or peculiar in the relevant trade,” Ms. Ruggiero said. “If a color mark does not fall into these categories, the burden of proof to establish factual distinctiveness is likely to be very substantial.”

This was evidenced in September 2020, when GlaxoSmithKline (GSK) failed to convince the EU General Court that the color purple had become distinctive as a brand indicator for its Seretide™ inhaler.

In its decision, in Case T 187/19, the court was unconvinced by GSK’s argument that the public would associate the inhalers with a specific shade of purple, rather than other lighter and darker shades of the color.

The court observed that GSK had used different shades of purple to distinguish different types of inhalers based on their pharmaceutical strength, suggesting that the color was used to describe the features of the product as much it was a brand indicator.

‘No One Can Own Purple’

Ms. Bagnall argued that Cadbury’s use of color for chocolate is a “perfect example” of the exceptional circumstances in which a color has become synonymous with a particular brand, specifically in the context of a particular type of product.

“Cadbury has spent more than 100 years building reputation and goodwill in the color purple specifically for chocolate products,” she said.

“People might say to you at a dinner party, ‘No one can own purple.’ But that’s not what it’s about,” Ms. Bagnall declared.

“Of course, no one can own purple, or stop other people using purple altogether. It’s about saying that no one else can use purple for chocolate goods in a way that is likely to cause confusion with Cadbury’s products.”

Ms. Bagnall, who said she has argued this very case at dinner parties over the years, doesn’t see herself as any kind of “great campaigner,” but rather as a “stickler for proper interpretation of the case law.”

She has observed divergence in the UK from the European case law which, in her view, already provides a good basis for clarifying the representation requirements of color marks.

It ultimately goes back to what she sees as “a bit of confusion” at the UKIPO between pure color marks and position marks, which includes a designation of how a particular color is applied within a shape.

“It is widely believed that Chinese consumers still do not use colors or sounds to distinguish the origin of goods.” - Gang Bai, Wanhuida Intellectual Property

Any divergence between the UK and the EU aside, Europe in general has proved to be one of the more favorable territories when it comes to registering color marks.

In other jurisdictions, such as China, brands have had much less success in registering and enforcing rights for particular colors. Could this be about to change?

According to Ms. Ruggiero, there have been some indications that Chinese courts are beginning to take a more liberal approach toward nontraditional trademarks such as color marks.

As an example, she pointed to the 2019 ruling by the Beijing High People’s Court that high-end footwear Christian Louboutin may be allowed protection as a trademark for a single color, red, in a specific position if it acquired distinctiveness through use.

“Christian Louboutin still has to pass the evidentiary threshold for acquired distinctiveness, but it’s significant because it’s the first time that Chinese courts have recognized that a single color mark limited by use position may be registrable,” Ms. Ruggiero suggested.

The company gained a further win in December 2019—this time at the Supreme People’s Court, which held that the red sole was not explicitly excluded from color mark registration by the country’s Trademark Law.

Despite these developments, China traditionally has been less open than the EU in allowing protection of colors via the trademark system. This broadly remains the case, according to Gang Bai, Founding Partner at Wanhuida Intellectual Property in Beijing (China).

The difference lies mostly in practice and tradition rather than in written points of law, Mr. Bai explained.

“Legally speaking, there may be no substantial difference in terms of the registrability of color combination marks between China and other jurisdictions,” he said.

“But in practice, the Trademark Office and the courts in China are still very cautious about granting the registration of color combination marks, and only a few color combinations have successfully been registered to date.”

Mr. Bai added: “It is widely believed that Chinese consumers still do not use colors or sounds to distinguish the origin of goods.” His firm has represented one of the few companies that has successfully registered and enforced a color combination mark: the German landscaping equipment manufacturer Andreas Stihl. Mr. Bai describes this as a “unique experience,” however.

After registering gray and orange for chainsaws as a Chinese color combination mark, Wanhuida Intellectual Property was able to obtain 10 civil judgments in favor of its client from 2015 to 2019.

In India, there are also mixed messages. There, the Delhi High Court issued three rulings from December 2017 to July 2018 involving Christian Louboutin’s trademark for the red sole. Two of the decisions held the mark to be valid, while the other said red as a single color did not qualify for trademark protection.

It is clear that the level of protection afforded to color trademarks across different jurisdictions remains uneven, although there is some movement toward stronger protection.

China seems increasingly to be coming round to the idea, but as Cadbury’s experiences in the UK show, this remains a deeply complex area of trademark law, and variations in approach and interpretation exist.