From Brexit to pro bono: a busy year for UK patent attorneys 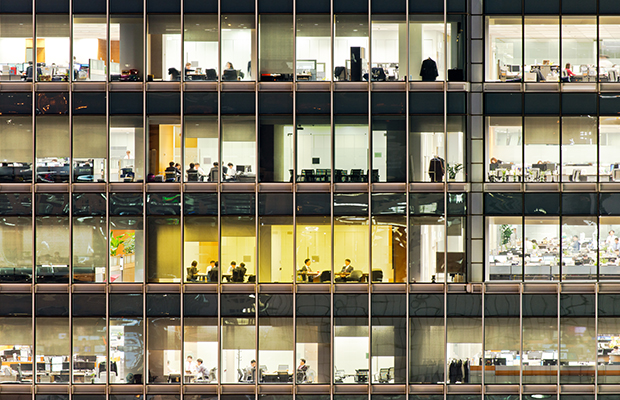 The Chartered Institute of Patent Attorneys has been busy preparing for Brexit and launching a range of initiatives, including a pro bono scheme, as Rebecca Gulbul reports.

Last year marked the 125th anniversary of the grant of our Royal Charter. The EU referendum vote also meant it was an eventful one, with international visits and a considerable amount of government lobbying.

Post-EU referendum, the Chartered Institute of Patent Attorneys (CIPA) reassured its members and international partners and stakeholders that it would be “business as usual” for UK patent attorneys because neither the European Patent Office nor the European Patent Convention are EU institutions. European-qualified UK attorneys will continue to carry out European patent work entirely unaffected by Brexit.

This message was disseminated to our sister institutes and foreign law firms during international visits. We also published a guide on the impact of Brexit on IP rights, detailing any changes in the IP landscape, which was regularly updated.

CIPA also took part in a number of legal consultations helping to shape the law and gave oral evidence at the House of Lords on the IP (Unjustified Threats) Bill. Along with other organisations, we launched a pro bono scheme.

We partnered with the Intellectual Property Awareness Network (IPAN) for World IP day last April at the House of Commons. Baroness Neville-Rolfe (then IP Minister) gave a keynote speech.

On May 11, Tony Rollins succeeded Andrea Brewster as the new CIPA president and Stephen Jones was elected vice president. Rollins promised an increased focus on policy during his presidential term.

In June CIPA was a partner to The Times’ Raconteur special edition on IP in which leading legal journalists looked at hot topics including trade secrets, IP valuation, the Unified Patent Court (UPC), IP litigation and cyber theft.

To celebrate the 125th anniversary of the Royal Charter, CIPA organised a Gala dinner at the Rosewood Hotel in London, with Lord Justice Kitchin as guest of honour.

CIPA’s Annual Congress took place on September 22 and considered whether it would be possible to have a single global IP strategy. Francis Gurry, director general of the World Intellectual Property Organisation (WIPO), spoke about the complexity of the global IP landscape and the difficulties this poses for formulating IP strategies.

The annual CIPA Life Sciences Conference took place in Brighton in mid-November. The event provided a unique opportunity for delegates (coming from the UK and abroad) to learn about the changes in law from across the world.

In January this year, CIPA held a webinar on the UPC at its offices in Chancery Lane, with guest speakers Laura Starrs (head of the Intellectual Property Office’s UPC taskforce) and Kevin Mooney (chairman of the committee drafting the UPC rules of procedure). The webinar provided a helpful summary of the journey towards the coming into existence of the UPC. It ran through the hurdles left to overcome before the UPC Agreement can come into force, scheduled for December 2017.

During the past year, CIPA hosted a number of visits from other international patent institutes, including the American Intellectual Property Law Association and Japan Patent Attorneys Association (JPAA) to promote the UK profession and reassure colleagues in key markets that Brexit will not directly affect UK patent attorneys.

We have also sent a number of delegations abroad. In October, members of the CIPA International Liaison Committee (ILC) visited Bangkok, Singapore and Bali where they met representatives from a number of patent attorney associations.

The following month, CIPA president Rollins travelled to Washington, DC to participate in a panel session on Brexit, and while there, he also met the US Patent and Trademark Office director Michelle Lee.

"CIPA also took part in a number of legal consultations helping to shape the law and gave oral evidence at the House of Lords on the IP (Unjustified Threats) Bill."

Most recently, an ILC delegation, Judge Richard Hacon of the Intellectual Property Enterprise Court, the Chartered Institute of Trade Mark Attorneys (CITMA) and the IPO visited Japan, South Korea and Taiwan to promote the UK as an IP hub.

In October, CIPA along with other institutions such as the Law Society, CITMA and the International Property Lawyers’ Association launched ‘IP Pro Bono’, a scheme aiming to offer free legal advice to small businesses and individuals involved in IP disputes.

The scheme was set up in response to a challenge set by Hacon for providers of IP legal services to offer advice and support to unrepresented claimants and defendants in IP disputes.

CIPA has published a number of videos on the importance of protecting IP and how to go about doing so, aimed at small to medium-sized enterprises.

New information pages about different IP rights have also been published on the CIPA website at www.cipa.org.uk. A copy of all our consultation responses, briefing papers and other documents such as amicus briefs can be found on the website.

This summer, we will be leaving our Chancery Lane offices to move to the nearby Halton House in Holborn. We will be publishing a special edition of the CIPA Journal in May on Brexit. CIPA will continue to work in the best interests of our members and promote the profession in the UK and abroad and will continue to provide up-to-date information on any developments that take place in the IP world.

Rebecca Gulbul is a policy officer at the Chartered Institute of Patent Attorneys. She completed an LLM in IP law at Queen Mary University of London and was called to the Bar in 2013. She has a keen interest in all aspects of IP law. She can be contacted at: rebeccag@cipa.org.uk