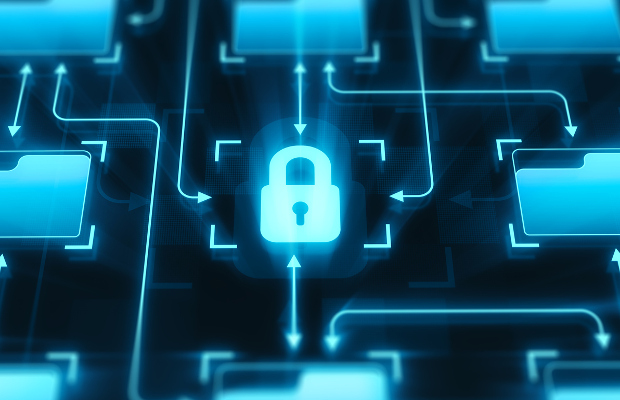 The growing number of patents covering blockchain will cause uncertainty in the space if patent ownership is highly concentrated and licences are available only through licence assertions, warns Marc Kaufman of the Blockchain Intellectual Property Council.

Blockchain, the revolutionary database technology underlying most cryptocurrencies such as Bitcoin, is poised to grow at a tremendous rate over the coming years. In brief, blockchain technology allows multiple parties to transact in a peer-to-peer manner without the need for a trusted intermediary, such as a bank or a government entity.

As a result, blockchain can be the basis for creating “microeconomies” which issue tokens/coins in an automated and controlled manner. Further, blockchain promises to reduce inefficiencies in a wide range recordkeeping processes, such as foreign exchange, land title, identity, and supply chain.

As a result of this great promise, or hype in the minds of some, there has been a great deal of investment and innovation related to blockchain technology over the past few years. As one might expect, many of these investors and innovators are protecting their investment and innovation with patents. Worldwide patent filings related to blockchain technology are increasing at a substantially exponential rate.

Summary of the patent landscape 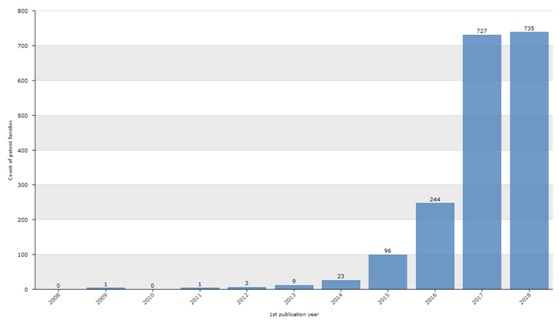 The chart is based on a search conducted in early July 2018. As of this date, there were already more patent publications related to blockchain than in all of 2017. In view of investment and technology adoption trends in this space, one should expect this upward trend to continue. 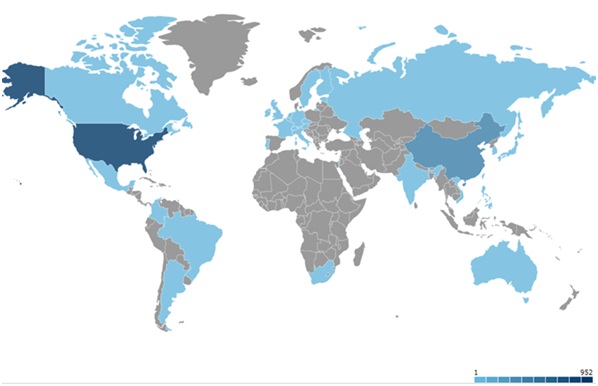 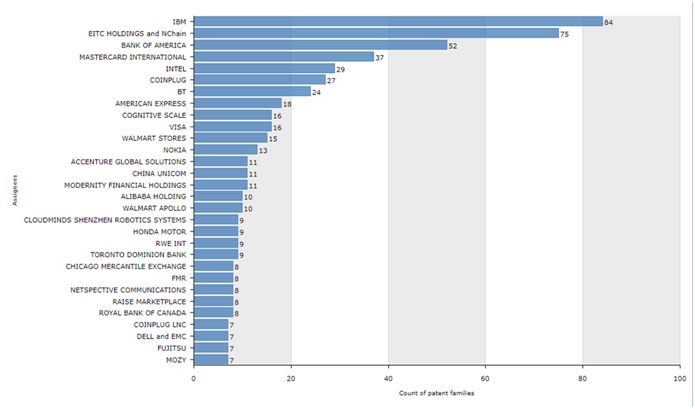 Figure 3 shows the top 30 patent publication owners in the space and the number of blockchain patent families owned by each. It can be seen that the top owners include legacy technology companies (IBM, Intel, etc), large financial institutions (Bank of America, American Express, etc), fintech companies (Cognitive Scale, Coinplug, etc) and others (Walmart, Alibaba, etc). This broad spectrum of players is indicative of the potential wide range of applications for blockchain technology. 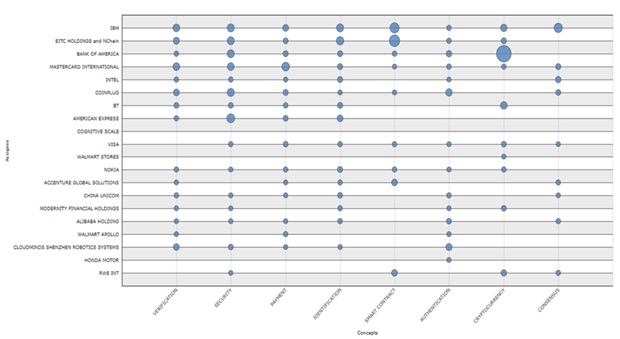 Figure 4: Categories of concepts protected by each of the top owners

The potential effect on innovation

It is important to consider what the fast-growing patent landscape means to blockchain innovators. Recent experience in other technology spaces can be enlightening. A good example is the mobile networking space. Nokia, Qualcomm and Ericsson own roughly 56% of the patents in this space. Further, mobile device manufacturers paid about $14 billion per year in each of the years 2014–2016.

Annual reports show that, in 2016, Nokia generated about $1 billion, Ericsson generated around $1.2 billion and Qualcomm generated around $7.6 billion, all in handset-related licensing revenue. In addition, according to Forbes magazine, the “smartphone patent wars” cost players in this space as much as $20 billion on patent litigation and patent purchases in 2011 and 2012. These “taxes” on innovation can be a deterrent to new product development.

Certainly, one could argue that there has been significant innovation in mobile handset technology. The typical handset in 2018 has a higher display resolution, faster processor, and better camera than a similar device in 2010. However, a little closer look at the market for mobile handsets indicates that competition could have been broader, possibly resulting in greater innovation.

Between July 2017 and July 2018, Apple and Samsung accounted for over 50% of the market share in mobile handsets. Therefore, one could also argue that the mobile handset market lacks real competition.

The author posits that this situation, a lack of real competition in the marketplace, is not the result that the blockchain ecosystem should seek.

Reducing uncertainty due to patent assertions

It is important that participants in blockchain ecosystems manage the future risk presented by blockchain patents by beginning to act now. Both patent owners and users of patented technology can benefit from a structure in which the patent owners are compensated for their innovation in a reasonable and predictable manner, without the need for excessive patent litigation.

Patent litigation is a very inefficient mechanism for patent owners to seek compensation. The author recommends both individual and industry-side patent strategies.

Open source licensing allows community development and encourages a network effect, both essential components of blockchain ecosystems. Strategic patent protection can encourage users to coalesce around an interoperable protocol. If multiple coalitions decide to use the concepts and functions of open source code but write their own code to accomplish those functions, multiple incompatible ecosystems can emerge.

"Strategic patent protection by all parties will avoid the high concentration of patents among a relatively small number of parties, as we saw in the mobile handset space."

Patents can be used to discourage this behaviour. Of course, patents can be asserted or not at the discretion of the patent owner. Failing to protect your innovation with patents does not provide such flexibility. Further, strategic patent protection by all parties will avoid the high concentration of patents among a relatively small number of parties, as we saw in the mobile handset space. Such a situation can result in inflated royalties. A patent portfolio can also provide a stronger defensive patent position for the patent owner.

The industry must work together to minimise uncertainty with respect to patents. There are two primary tools that the industry should adopt. The first is License on Transfer (LOT), the second is a patent pool.

The concept of LOT is simple: members agree that, in the event they sell any patents to a PAE, the other members all get a licence to the patents upon the closing of the sale. Otherwise, patent owners maintain complete ownership and control of their patents. The effect of LOT is to inoculate members against the potential of thousands of patents by PAEs.

Patent pools can be of two basic types: open source and royalty bearing. In either case, a “critical mass” of patent owners must come together and agree on a single licensing source and model for their blockchain-related patents. In the case of an open source pool, the patents are licensed for free.

In contrast, a royalty bearing pool charges a reasonable, non-discriminatory, and, most importantly, predictable royalty for a licence to the patents in the pool. The author suggests that a royalty-bearing patent pool will be most effective with respect to blockchain technologies because it provides a mechanism for patent owners to receive a return on their investment in innovation, without the need to threaten or undertake litigation.

Users of the patented technology, on the other hand, benefit by paying only a single reasonable royalty to a single party and can incorporate the predictable royalty into their budget—no patent wars and no multiple licensing assertions.

Notwithstanding the open source ethos in the blockchain community, many players are aggressively seeking patent protection for their blockchain innovations. The growing number of patents will cause uncertainty in the space if patent ownership is highly concentrated and licences are available only through licence assertions.

In the worst case, blockchain ecosystems could see excessive patent litigation. Imbalanced licensing assertions and litigation result in a significant tax on innovation. Through proper planning, uncertainty can be reduced and patent owners can be rewarded in a reasonable manner for their innovations.

Marc Kaufman is a partner at law firm Rimon and co-chair of the Blockchain Intellectual Property Council, an initiative designed to promote blockchain innovation. He can be contacted at: marc.kaufman@rimonlaw.com