Awe and anxiety: what artificial intelligence means for IP 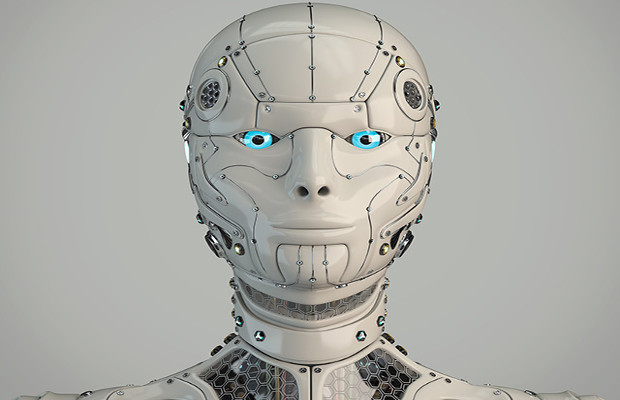 With some predicting that artificial intelligence (AI) will allow a patent to be filed and granted without human intervention within the next 25 years, WIPR assesses the potential impact of AI on the IP landscape.

Since the term artificial intelligence (AI) was coined by computer scientist John McCarthy in the 1950s, studies on the subject have been mostly left to those working in academia or film makers and novelists dreaming up a global apocalypse unwittingly engineered by humans.

The rapid development of AI technology in the last decade has changed that, however. AI technology is present in millions of smartphone devices in circulation across the globe. More people have been pushed into the AI conversation as its disruptive potential threatens to affect and even replace jobs in the services and creative sectors. Even the legal industry is vulnerable to the latest advancements in AI technology.

In 2015, the Chartered Institute of Patent Attorneys (CIPA) held a debate at the Science Museum in London on the question of whether a patent will be filed and granted without human intervention within the next 25 years. A 140-strong audience heard from people working in private practice, authors on the subject and a representative from the UK Intellectual Property Office (IPO). After a lengthy and stimulating debate on the question, the audience voted 80 to 60 that a patent would be granted without human input.

On the face of it, it’s hard to imagine a machine inventing a new product and preparing a written application. And on the examining side, it’s currently inconceivable that a machine could process the patent claims, assess the novelty of the covered technology and apply the existing statute.

It’s also difficult to imagine such a debate resulting in that vote ten years ago. But in the context of the rapid change over the last decade, some are starting to see the point of technological singularity—the moment when AI machines self-improve without human input—on the horizon.

In 1993, now retired San Diego State University professor Vernor Vinge noted in an oft-cited academic essay, “The Coming Technological Singularity”, that within the next 30 years a “creation of greater than human intelligence will occur”. Four years after making that prediction, IBM’s computer Deep Blue defeated world champion Garry Kasparov in a game of chess.

"There is always going to be a limit to how effective an AI source is going to be, because ultimately the lawyer is responsible to the client for the output."

Proof that AI is not restricted to games and the otherwise trivial was law firm Dentons’ announcement last year that it is training the Ross Intelligence machine to provide legal services. Developed by NextLaw Labs, Ross Intelligence is advertised as a tool that lets lawyers “get back to being a lawyer”. 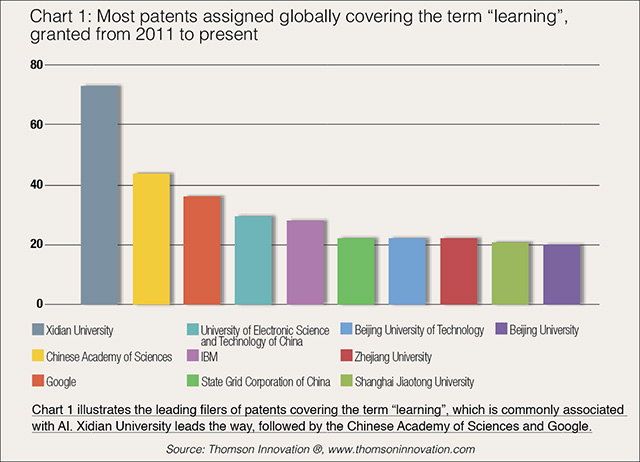 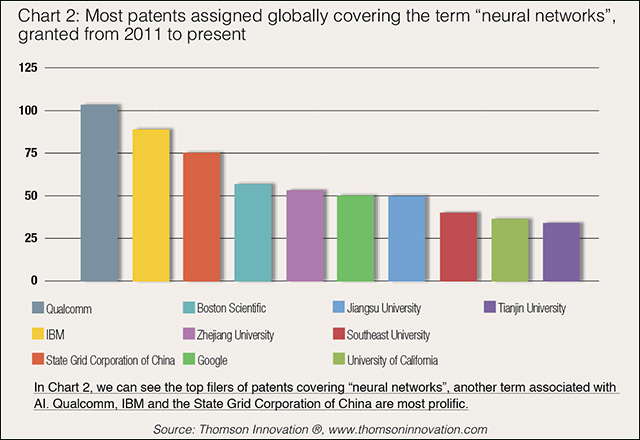 The Ross machine enables lawyers to state out loud their instructions to a machine, which goes on to write legal motions or complete appropriate research. The machine is being used to help corporate lawyers at Dentons, but it is possible to imagine such services being extended to the intellectual property field.

Nigel Hanley, a senior examiner at the IPO who spoke at the CIPA event, is not convinced that the presence of humans can be removed from procedures for patent applications and examination by 2040 (as predicted at CIPA). For Hanley, there is a creative aspect to assessing a patent application, which he says AI machines will struggle to overcome in the near future.

“We have examiners with 20, 30 years’ experience of assessing patent applications. An AI machine would have to process all that data and then deal with concepts that should, by their nature, be new.

“Law can be subjective and the application of it is the intelligent part. I can see novelty being overcome by a machine. But even though we have a legal test to determine inventive step, I’m not convinced that a computer in the near future is going to be able to apply that test to a patent application,” he says.

Neil Coulson, a partner at law firm Baker Botts, says he welcomes any technological advantage that is designed to help lawyers, but agrees with Hanley that for the foreseeable future a human lawyer is still needed at the centre of the relationship between client and lawyer.

“The biggest issue for any lawyer is to what extent you are going to rely on information supplied to you by an AI mechanism without then going on and making sure you checked it yourself.

“I can see that there is a place for AI technology to complete routine tasks to enable those tasks to be performed accurately—but there is always going to be a limit to how effective an AI source is going to be, because ultimately the lawyer is responsible to the client for the output. Whatever the AI source does will still need to be reviewed, checked and analysed by a human being.”

A matter of trust

One hurdle to the widespread adoption of AI technology in IP is trust. Dani Kramer, partner at law firm Mathys & Squire, says if a client wanted to ensure a new technology was not infringing anybody’s rights, “it would depend on how comfortable they would be on using an AI-based search. Those searches require a party to read the patent claims to determine whether or not there would be an infringement claim”.

He adds that determining whether a device infringes an existing patent “might be too difficult for a computer to do”.

“In effect, what it requires is reading a claim, interpreting what is asserted and working out whether what they are doing is going to have an impact on a patent owner’s rights. This is one of the more difficult parts of this job: interpreting what a patent means.”

The issue of trust extends to the very institutions examining and granting patents. In the UK, the IPO receives its funding from the Department for Business, Innovation & Skills. As a government body, the IPO stands outside the market as an impartial body. But the AI system and its accompanying algorithm that one day might be used to grant patents is likely to be developed by a private sector organisation, which might skew search results for its own self-interest and potentially compromise the independence of the entire process.

There is also the possibility of machines filing patents. The audience at the CIPA debate believed this would occur within the next 25 years. However, the question remains: who owns the rights to the patent? The person who invents the machine? The employer? And fundamentally, the role of the patent system to incentivise inventors to continue creating is lost on a machine that is indifferent to the commercial gain of such a monopoly.

Nevertheless, Kramer says in principle that the “law is always behind technology”. Answering such legal questions about a machine’s ownership of patents is academic at the moment, but Kramer says UK and European law should be able to adapt to the possibility. He predicts there might be a problem in the US, where the constitution identifies individuals as the owners of patents.

The development of technology has often been spoken about through a narrative of necessity and inevitability, but AI is often discussed in terms of humanity bringing about its own extinction. The Intelligence Advanced Research Projects Activity, for instance, handed over $28 million to researchers at Harvard University to, in effect, reverse-engineer a human brain and apply the understanding to a new machine.

Depending on your perspective, humanity’s determination to develop such technology can fill you with awe or anxiety. But the narrative on progress is always more nuanced than paradise or doom. Eliminating more mundane tasks may free up time to assist more clients and let lawyers get back to completing their tasks. In this instance, AI technology serves lawyers rather than replacing them.

While IP lawyers may be open to AI’s potential in assisting with their practice, clients and the wider public may still prove to be a hindrance. Kramer points to the issue of trust from inventors and the wider public in handing over important legal processes and patent rights to a machine.

Clients may be reluctant now, but attitudes to AI are changing. Now that millions of people across the globe hold smartphone devices containing AI technology in their pockets and we’ve come to rely on it in certain life-saving medical devices, the narrative of AI may be shifting to that of assisting humanity, not just extinguishing it.

However, for IP professionals this may all prove to be academic if the CIPA audience is correct. The seemingly absurd idea that the IPO could be a human-free institution reduced to assessing, examining and granting applications filed by robotic lawyers could be closer than we think.