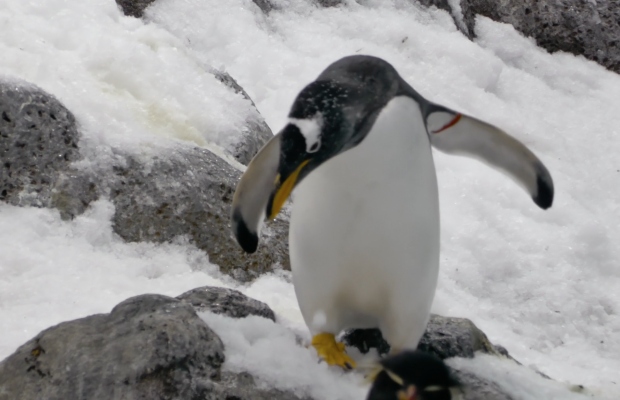 It is easy to assume that brand restrictions are a problem only for particular industries, but as Peter Scott finds out, all brands need to be aware of the threat.

Tobacco branding needs to be controlled in the name of public health. With the advent of plain packaging legislation across the world since 2012 when Australia became the first country to mandate it, that sentiment has become, if not yet an orthodoxy, then certainly one that many governments seem keen to embrace.

Currently, at least 13 countries have plain packaging legislation for tobacco in force, with several more having passed it for enforcement at a later date.

Since the first rounds of restrictions on tobacco, governments have passed legislation affecting other industries, controlling and in some cases preventing the use of specific branding in particular contexts. If your business is alcoholic drinks, then you have restrictions in various locations around the world. High sugar foods and drinks, likewise.

“It is a slippery slope,” said Marlou van de Braak, Group IP Manager/Legal Director (IP & Global Commerce) at Heineken International B.V. (Netherlands). “After one restriction comes another, after one industry follows the next.”

In addition to alcohol and tobacco, she noted, “the entire food and beverage industries are already in scope as far as products containing sugar, fat, and salt are concerned, as well as the pharmaceutical industry, and no doubt more industries will follow.”

There are two major problems for brands dealing with brand restrictions. The first is obvious. As Simon Brown, Partner at Adams & Adams (South Africa) and Chair of INTA’s Brand Restrictions Committee, put it: “The whole idea of a brand is to distinguish yourself from your competitors.”

As health warnings, rules about what characters can be used to advertise foodstuffs, and plain packaging encroach ever further on that right, the implications for brands, and their lawyers, are clear.

“The future of a lot of us as IP lawyers is at stake,” Mr. Brown said, since proprietors that can’t use their trademarks will have less need for trademark lawyers.

The second problem is more subtle but no less challenging. While brand restrictions legislation is emerging in multiple jurisdictions around the world, the legislation is not similar across the board.

In Mexico, for example, an amendment to the country’s food and beverage labeling regulations, “Norma Oficial Mexicana NOM-051-SCFI/SSA1-2010,” imposes multiple restrictions, beginning April 2021. It not only mandates front of package labeling of nutritional information for products that are deemed to pose health risks to children, but also prohibits such products from featuring on their packaging “children’s characters, animations, animated cartoons, celebrities, athletes, or pets, interactive elements, such as visual-spatial games or digital downloads, which, being addressed to children, incite, promote or encourage consumption, purchase or choice of products with excess of critical nutrients or sweeteners.”

“The whole idea of a brand is to distinguish yourself from your competitors.” - Simon Brown, Adams & Adams

There is a similar law in Chile (Law 20.606 of 2012 modified by Law 20.869 in 2015), but it is not precisely the same, and in other countries there are no laws of any kind regulating the use of packaging features for children.

This divergence, not just in Latin America and not just in food and beverage labeling requirements, creates challenges for international brands.

“It makes it complex to comply and limits free trade since it reduces the possibilities to use global advertising or sell products cross-border,” Ms. van de Braak said.

Ricardo Alberto Antequera, Managing Partner at Antequera Parilli & Rodriguez (Venezuela), noted: “What’s missing is communication between all the sectors involved since at the end all players are needed for building a well-balanced and fair ecosystem.”

“A fair system should hear, understand, and respect all interests involved,” he said. “Advertising is needed and brands need platforms to communicate. Less promotion means that the right to choose will be diminished.”

“The brand community should be represented at the table, alongside health regulators, and have the opportunity to raise concerns about the impact of brand restrictions on IP, as well as the implications for consumer choice and protection, and the economy,” Mr. Brown suggested. “Without this, legislators cannot make informed decisions.”

No-one disputes that public health should be paramount on any government’s agenda. The World Health Organization’s most recent global research on the subject of obesity found that it had nearly tripled since 1975, and that the prevalence of overweight and obesity in children had risen from 4 percent in 1975 to more than 18 percent in 2016. The dangers of smoking and alcohol abuse are even better known.

The question is how to tackle these health issues. “Stripping IP rights isn’t the way to go,” declared Mr. Brown.

“Like governments, we are against excessive consumption and underage drinking. We take our responsibility seriously by encouraging consumers to enjoy our products responsibly and never to drink and drive, by offering and promoting non-alcoholic and low-alcoholic alternatives, and by committing to self-regulation about responsible beer advertising and the listing of alcohol content, ingredients, and nutrition information.”

“Advertising is needed and brands needs platforms to communicate. Less promotion means that the right to choose will be diminished.” - Ricardo Alberto Antequera, Antequera Parilli & Rodriguez

For John Rudolph, Trademark Attorney at Eli Lilly and Company (US), the problem is potentially even more acute. In the pharmaceutical industry, drug names historically have had some regulation to ensure patients are not confused, since taking the wrong drug could have grave consequences.

However, in his view, current regulations on the naming of drugs lack transparency, predictability, and perhaps most importantly, “any evidence that any of the current systems achieve actual results.”

In the United States, pharmaceutical naming is regulated by the U.S. Food and Drug Administration (FDA), which requires applicants to submit detailed applications for any proprietary name they wish to use.

To take one example of the challenges faced in this regard, applicants are allowed but not required to include in their submissions their own external safety reviews on the choice of name.

However, the FDA conducts its own review and so might reject a name even if it passes the sponsor’s external safety review and all the other requirements for approval, including low or moderate similarity analysis to existing drug names, without the applicant being aware of the reasoning behind the decision.

“The lack of transparency in assessment of proposed drug names is a problem,” Mr. Rudolph said.

“It is a slippery slope. After one restriction comes another, after one industry follows the next.” - Marlou van de Braak, Heineken International B.V.

“Working together, regulators and pharmaceutical companies should develop a reproducible process, taking the best of what is currently working—which we don’t know because of the lack of transparency—and eliminating as much subjectivity as possible, all of which should lead to greater predictability of results, and ultimately lower name rejection rates, while at the same time ensuring safety for patients” he explained.

Mr. Rudolph further suggested that the current position, not just in the U.S. but in Canada and Europe too, could have negative ramifications for patients rather than protecting them.

To suggestions that the solution is to use generic names and avoid brands all together, Mr. Rudolph responded: “Many generic names are more similar and more likely to be confused than brands, such as, for example, sildenafil, tadalafil, and vardenafil (which are obliged to contain similar elements because of nonproprietary naming rules), contrasted with their brand name counterparts VIAGRA, CIALIS, and LEVITRA, respectively.”

Like his colleagues in the food and beverage and alcohol industries, Mr. Rudolph believes regulation should occur only “so far as to achieve a health regulator’s legitimate public health or safety objectives,” and, importantly, that “restrictions may be imposed on trademarks with adequate marketplace impact assessments and credible evidence to reasonably demonstrate that such measures will achieve, or are effectively achieving, the health regulator’s intended results.”

INTA is very active on the issue of brand restrictions, through its Brand Restrictions Committee and through associated policy initiatives, which include filings with more than 20 governments worldwide on the subject.

In November 2019, INTA’s Board adopted a resolution—as an update to an earlier one—that reinforces the Association’s stance against increasing and more expansive government restrictions on how a brand symbol can be used or displayed on a product or in association with services, including prohibiting the use of the brand symbol and restrictions on its capitalization, font, size, location, and color of elements.

The resolution states, in part: “While INTA appreciates the need to balance public health promotion policies and trademark rights, in view of recent developments INTA deems it imperative to reinforce its rejection of brand restrictions that erode the value of brand and impinge on consumer choice, limit competition and pave the way for increased counterfeiting and trade in diverted goods.”

Beyond this, tools are available to brands wishing to fight the tide of restrictions.

Ms. van de Braak noted that Heineken takes part in consultations about brand restrictions, promoting alternatives that are “more targeted and educate about consuming in a responsible and non-excessive way, that promote a balanced lifestyle, and that inform consumers about the content of products.”

Mr. Rudolph confirmed that Eli Lilly and Company takes a similar approach. It conducts advocacy through pharmaceutical and IP industry organizations, and more informal pharmaceutical working groups, “including participating in a working group which is currently focused on enhancing transparency and predictability of outcomes from the European Medicine Agency’s Name Review Group.”

For Mr. Brown, this is the key task for brand owners. “The awareness of the impact of brand restrictions is quite low,” he said, referring to the general public, trademark practitioners, and brands themselves.

“You can’t deprive people of their IP rights without justifiable cause, and there probably isn’t an industry that isn’t under some threat,” he concluded.