A call for change: how to make it matter 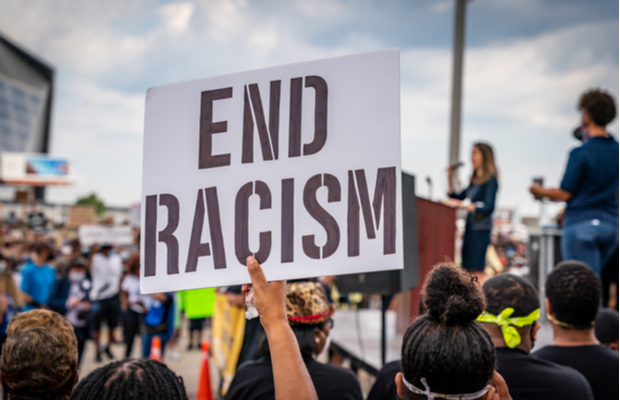 The Black Lives Matter movement has led a rallying cry for greater equality for people of diverse backgrounds. IP lawyers of colour tell Muireann Bolger why the legal sector has reached a turning point.

On May 25, 2020, George Floyd, a 46-year-old black man, was murdered in the US city of Minneapolis by a police officer, unleashing worldwide condemnation.

“The killing of George Floyd brought to the public forefront a truth that many people did not realise before last summer—that access to fairness and equality depends on the colour of your skin,” reflects Jennifer Salinas, general counsel and executive director of global litigation at Lenovo.

In the wake of Floyd’s death and the killings of Breonna Taylor and Ahmaud Arbery, also at the hands of US police that same year, the influence of the Black Lives Matter (BLM) movement was felt in many countries around the world.

Founded in 2013 to tackle police brutality and all racially motivated violence against black people, the movement shone a spotlight on the systemic inequalities and injustices that blight many facets of society—including the legal sector.

It seems that law firms are finally in tune with the need for change, with many announcing a raft of measures and targets to tackle the profession’s dearth of diversity.

Adraea Brown, general counsel at Harley Davison, believes that these developments are inextricably linked with the restrictions imposed by the COVID-19 pandemic.

“Everybody’s lives paused and there was a focus on what was happening in the aftermath of these tragic deaths—even though they were really no different from the circumstances of other horrific murders that had happened over the years,” she explains.

“Then there was a call to action—it seems now that everyone in the legal sector is involved in trying to increase diversity following the efforts of the BLM movement.”

Ellisen Turner, partner at Kirkland & Ellis in Los Angeles, agrees that the movement has galvanised the legal sector into action.

“Firms are recognising that it’s important for the profession to closely examine all its demographic shortcomings and ask why the sector is still not representative of the entire community,” he notes.

It is no secret that a diverse culture delivers significant benefits. According to a 2018 report by McKinsey & Company, “Delivering through Diversity”, organisations with a more diverse senior management team and an inclusive culture consistently outperform those which do not share these characteristics.

Why have previous efforts to tackle the diversity gap in law failed? And how can the present momentum be maintained?

The lack of diversity in law has long been a sore subject and the latest figures are sobering. According to the February 2021 “2020 Report on Diversity in US Law Firms” from the National Association for Law Placement (NALP), the overall percentage of US black partners and associates stands at just 2% and 5%, respectively.

Scott Burwell, partner at Finnegan in Virginia, believes that this is an issue that has plagued the sector for far too long. “I have litigated patent cases for over 25 years, and have had only one case in which another black attorney was opposing counsel. That is unacceptable,” he says.

Black and Latin American women continue to represent less than 1% of all partners in US law firms.

“As a Latina lawyer, I am acutely aware that there are not enough attorneys who ‘look like me’ in the profession,” notes Salinas. “The historical lack of emphasis on diversifying the legal profession has resulted in its being one of the least diverse professions in the US.”

And March 2020 research by the UK-based Solicitors Regulation Authority (SRA), shows that black lawyers comprise 3% of the total number of lawyers in firms—no change since 2017.

One of the main problems is that while firms are attracting diverse candidates at entry level, they are failing to reach the upper echelons of the legal sector.

“Having spent a majority of my career in private practice at various firms, there is a chasm between many firms’ stated commitments to diversity, and the actual numbers of diverse attorneys who succeed in the firm,” Salinas explains.

He says: “Ethnic minority people have a harder time in law firms. Black people have probably the hardest time of all. One lawyer told us: ‘People assume you’re junior. You have to say something 15 times to be heard compared to your white counterparts’.”

The environments in law firms are not inclusive, and black lawyers can find their workplace “very emotionally trying”, according to Brown. “There is this expectation to fit in; essentially you feel as if you have to hide parts of yourself to be at the firm. It’s tiring and exhausting and people end up leaving before they can get to those senior ranks.”

Law firms need to “aggressively push further” to understand the issues that continue to create challenges and invest in the programmes and initiatives that address them, insists Eldora Ellison, director at Sterne, Kessler & Fox.

“We need to take care of people of colour and help them to be successful once they enter firms. I think that means mentoring in a very meaningful way, not just offering lip service, and giving candidates unbiased feedback to help them succeed.”

This need for quality mentorship remains a central problem for young diverse lawyers, as a result of a vicious circle in law firms.

“The rate of attrition among minority attorneys is disproportionately high, which then results in even greater underrepresentation of black and Hispanic attorneys at the senior associate and partner levels of law firms,” explains Burwell.

“Consequently, junior black and Hispanic attorneys face a comparative shortage of people who can serve as mentors and role models.”

IP lawyers argue that while efforts to create diverse organisations are not new, most have been centred around achieving target goals, rather than tackling deep-rooted prejudices.

“Targets are important, but creating an equitable environment is more than just metrics. There are individuals behind the metrics and there needs to be more focus on inclusion and belonging efforts,” says Theresa Conduah, partner at Haynes and Boone in California.

“Learning about the experience and barriers faced by black people is a critical step in driving change. There has to be an openness to redefining systems to create a more equitable environment.”

Many of these targets, lawyers tell WIPR, have been broad-brush, box-ticking exercises with little attention paid to the underlying problems faced by black and other attorneys from ethnic minority backgrounds. Increased diversity, they caution, won’t materialise by focusing on the overall number of “minorities” in the IP profession.

“Diversity has been bucketed in a way that has been detrimental; everybody has been lumped in together,” notes Brown.

Another pivotal issue has been the dearth of investment in diversity and inclusion (D&I) initiatives. “In the past, there’s been a lot of talk without a lot of action and, frankly, not a lot of money, says Turner.

“You have to put money behind diversity; if you don’t, it won’t work. Firms have to devote resources to it. That has been part of the missing piece that needs to be brought to bear.”

There is a call for diversity efforts to be increasingly linked to rewards and compensation in law firms to ensure real change.

Notes Burwell: “Financial incentives, among the factors considered in making compensation, can also play an important role in providing incentives for individual attorneys to increase their own activity in helping to improve diversity.”

According to Jean Lee, chief executive officer of the Washington, DC-based Minority Corporate Counsel Association (MCCA), this approach has yet to be broadly embraced by the legal sector or the corporate sector, despite ongoing calls from diversity campaigners.

“I don’t think there’s more than a dozen law firms and corporations that tie compensation with diversity, which is interesting because corporations and firms are focused on results and performance, and diversity enhances these,” she reflects.

I. Stephanie Boyce, president of the Law Society of England and Wales, notes that when it comes to linking remuneration and bonuses to D&I, many firms are unsure how this would work or could be measured.

“The benefit of linking compensation to D&I efforts is that it sends a clear message from the top that the firm is serious about inclusion, but the practical challenge of how this can be measured and matched against remuneration may explain why firms are hesitant to take this approach,” she explains.

Some go even further, arguing that penalties or warnings should be issued when goals are not met.

“To ensure that leaders do not just pay lip service to D&I goals, meeting targets should go a long way in measuring the effectiveness of leaders when they are being reviewed,” argues Joy Azemura, senior associate at Jackson, Etti, & Edu.

“As much as this policy might seem punitive, it may be an effective method of improving D&I commitment.”

If they fail to take action, law firms may increasingly find that they incur clients’ ire. Companies including HP, Facebook, Microsoft and Walmart have all laid down diversity guidelines they expect external counsel to meet. In October 2020, general counsel from JP Morgan Chase, BNP Paribas, Goldman Sachs and Bank of America called on law firms to support D&I aims, as well as meeting their expectations related to diverse staffing (see box copy below).

Such measures are welcomed by lawyers with diverse backgrounds. “These efforts are critical to the goal of improving diverse representation in the legal profession, as without a business imperative being tied to diversity initiatives, historical underrepresentation will undoubtedly continue,” explains Salinas.

Can the momentum of 2020 be sustained? As the threat of the COVID-19 pandemic subsides and normality resumes, is there a risk that the momentum could evaporate?

“There’s a danger that people will get tired—tired of hearing about it, tired of seeing it everywhere, tired of talking about it,” notes Conduah.

“But not everyone has the privilege of getting tired. We need to take this moment of awareness and go beyond ‘check the box’ training and take a deeper look at biased systems and structures.”

As Turner notes, the staying power of movements like this has “historically been difficult”, but he optimistically compares the impact of the BLM movement in 2020 to the enduring cultural impact of events in the 1960s.