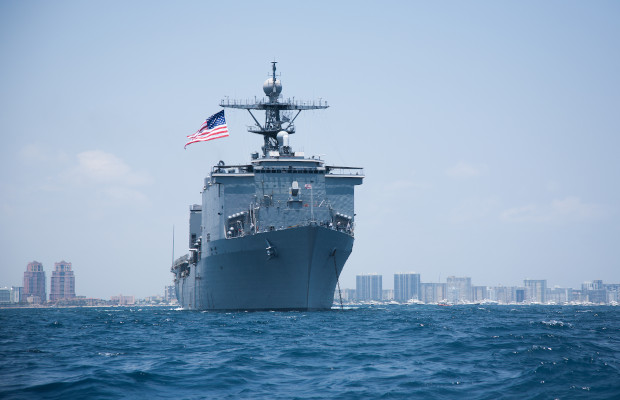 The US Navy must pay damages to a software developer after the US Court of Appeals for the Federal Circuit found it violated a licence for 3D visualisation software.

In a precedential ruling issued yesterday, February 25, the Federal Circuit found that the Navy had broken the terms of an implied agreement when it installed Bitmanagement’s software across a computer network without tracking the number of users.

Bitmanagement sells BS Contact Geo software, which enables the visualisation of geographic data. The Navy purchased 20 licences for the software in 2012 in order to test demand.

In 2016, Bitmanagement sued the Navy for copyright infringement, arguing that the Navy’s rollout of the software across the Navy/Marine Corps Intranet (NMCI) computer network violated their agreement, which only allowed for a set number of users.

The Navy initially won the case at the US Court of Federal Claims, which found that there was an implied agreement between the parties for the Navy to install the software on the network.

The Federal Circuit yesterday upheld that part of the Federal Claims court’s ruling, but ruled the Navy was still liable as the implied agreement obligated it to track the number of people using BS Contact Geo.

According to the Federal Circuit, the only reason Bitmanagement agreed to the rollout of the software across the NMCI network was that the Navy agreed to use Flexera tracking software to monitor the number of simultaneous users. The Navy’s failure to do so violated the implied licence agreement, the Federal Circuit concluded.

“This is one of those rare circumstances where the record as a whole reflects that the only feasible explanation for Bitmanagement allowing mass copying of its software, free of charge, was the use of Flexera at the time of copying,” the Federal Circuit judgment said.

It added: “Flexera was key because the Navy’s tracking of BS Contact Geo users was intended to establish how many additional licenses the Navy would purchase. Without tracking, the Navy would have no basis to purchase more licenses and, consequently, Bitmanagement would have had no reason to enter into the implied-in-fact license.”

The Federal Circuit has sent the case back to the Federal Claims court for a calculation of damages owed to Bitmanagement.