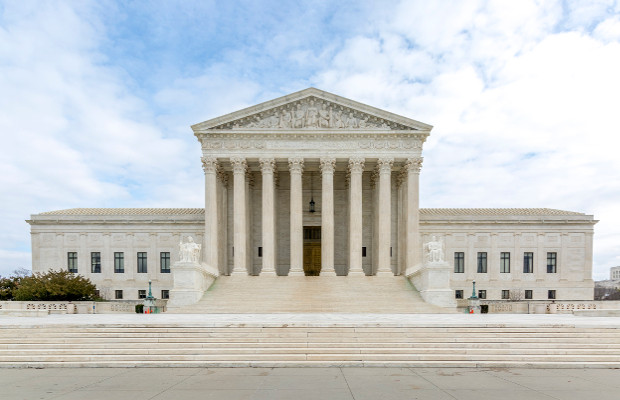 Yesterday, November 27, the Supreme Court heard arguments in the constitutional dispute, which could reshape the entire patent system. The court is tasked with deciding whether the IPR process at the US Patent and Trademark Office (USPTO) is unconstitutional.

“I think that, overall, the justices’ comments seemed to resonate more in favour of the constitutionality of the IPR process,” said Tania Shapiro-Barr, senior attorney at Dykema.

Shapiro-Barr noted that Justice Ruth Bader Ginsburg made several comments about the IPR being no more than an “error correction” mechanism for the USPTO.

“It is geared to be an error correction mechanism and not a substitute for litigation,” said Ginsburg, when describing the IPR process.

She added: “There must be some means by which the USPTO can correct the errors that it’s made.”

Meanwhile, Justices Elena Kagan and Sonia Sotomayor “pointed out several times that even though the IPR is an administrative proceeding, there is, to some extent, an opportunity for judicial review”, explained Shapiro-Barr.

Sotomayor said during the hearing: “I mean, for me, what saves this [is that] even a patent invalidity finding can be appealed to a court.”

Marshall Schmitt, partner at Michael Best, agreed that the hearing bodes well for the IPR.

“For the most part, the questioning by the panel betrayed a belief that the IPR proceedings are another mechanism for the USPTO to correct errors it made in the initial examination process,” he said.

Justice Neil Gorsuch, who was confirmed in his position in April, was the most active questioner.

Schmitt believes that Gorsuch is possibly inclined towards finding the IPR unconstitutional, but in some instances his questions “acknowledged the strength of arguments in favour of upholding the IPR”.

Justice Clarence Thomas said nothing during the argument.

Overall, Schmitt concluded that while some questions appeared sympathetic to Oil States, which claims the IPR is unconstitutional, it seems unlikely that the petitioner will be able to muster five votes out of nine in its favour.

Mike Turner, partner at Neal Gerber & Eisenberg, was unsurprised by the oral argument.

“I don’t see a way to count judicial heads in a manner that would not result in the Federal Circuit ruling [which backed a decision invalidating Oil States’ patent claims] being affirmed,” he said.

Turner added that Oil States must concede that the USPTO has the “power to correct an improvident grant”—it did so for many years before the America Invents Act.

“Petitioner’s qualm is with the process, and the court does not seem willing to draw a line procedurally somewhere between ex parte re-examination (or the pre-AIA inter partes re-examination) and today’s IPR procedure,” he noted.

Turner went on to say that he was surprised the US Supreme Court had granted certiorari, and that he would be even more surprised if the court does “anything other than issue a staunch affirming decision that validates the process established by Congress, outcomes from which are subject to review by the court system”.

As part of its appeal, Oil States argued that patents are private property rights, rather than public rights.

In certain situations, non-Article III tribunals may exercise jurisdiction over disputes involving “public rights”. An Article III court is a federal court established under Article III of the US Constitution.

But according to the USPTO, patents are “quintessential public rights” and Congress is authorised to designate public rights for adjudication in non-Article III tribunals.

Justice Stephen Breyer made an interesting point on this issue, explained Shapiro-Barr.

“He said that the statute says you only get a private property right if, in fact, you survive the provisions of the law, of which the IPR is one. This position seems to be more ‘middle of the road’ and may allow for a finding of constitutionality with some adjustments to the IPR process,” she said.

But this case is not just about patent law.

John O’Quinn, partner at Kirkland & Ellis, added that it’s more fundamentally about the “scope of the administrative state and what Congress can do vis-à-vis the courts in assigning certain kinds of issues to Article III agencies for review”.

The decision, which will be issued in 2018, may tell us less about the Supreme Court’s opinions on patents and more about its “current views on the separation of powers and the role of administrative agencies in general”, he added.

Chinese nationals charged with trade secrets theft in US