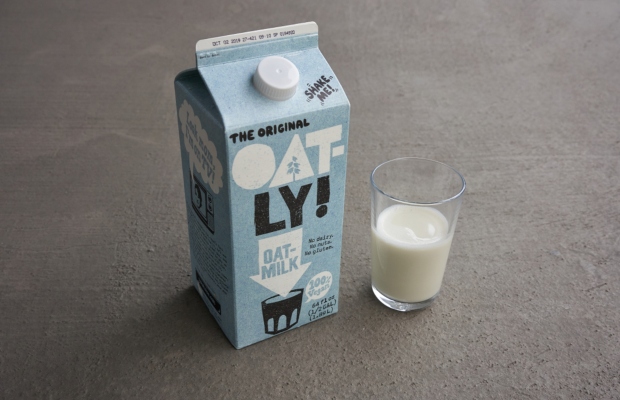 According to the Swedish company’s website, Oatly uses a patented enzyme technology to mirror nature’s own processes and turn oats into nutritional liquid food. Oatly seeks to promote alternative eating habits as part of the fight against climate change.

The EUIPO raised objections to the mark’s registration in relation to some of the goods in classes 29, 30, and 32, including dairy substitutes foodstuffs and beverages. The examiner refused to register the mark in respect of these products.

The examiner allowed the applied-for mark to proceed to registration in respect of the goods in classes 18 and 25, as well as some goods in classes 29, 30, and 32, including fruit and vegetable products, processed grains, and water-based beverages.

Oatly appealed against the examiner’s decision not to allow the applied-for mark to proceed in relation to some of the goods in classes 29, 30, and 32.

In February 2020, the EUIPO’s fifth board of appeal upheld the examiner’s decision.

The board noted that the first part of the trademark, ‘It’s Like Milk’, indicated that the products sold under the mark were or contained milk substitutes. The second part, ‘But Made For Humans’, suggested that the goods are for human consumption.

In respect of the goods at issue, the applied-for mark would act as a laudatory promotional slogan rather than an indication of the commercial origin of the goods, the board said.

‘It’s Like Milk But Made For Humans’ is therefore incapable of performing the function of a trademark with regard to the contested goods, the board concluded.

Oatly appealed against the decision. It argued that the board did not properly examine the distinctiveness of the applied-for mark in respect of the goods at issue.

The vegan brand claimed that the EUIPO erred in specifically considering lactose intolerant consumers, vegans, and those with an allergy to milk as members of the relevant public. Instead, it should only have considered the general public’s perception of the mark, as the goods at issue are everyday consumer goods.

“The mark applied for calls into question the commonly accepted idea that milk is a key element of the human diet,” the court said. This initiates a “cognitive process” which results in the applied-for mark being easy to remember, distinguishing Oatly’s goods from those which originated elsewhere.

With regards to the board’s finding that the applied-for mark was a laudatory promotional slogan, the court said: “The laudatory connotation of a word mark does not mean that it cannot be appropriate for the purposes of guaranteeing to consumers the origin of the goods or services which it covers.”

The General Court annulled the contested decision of the EUIPO’s fifth board of appeal and ordered the EUIPO to pay the costs incurred by Oatly.