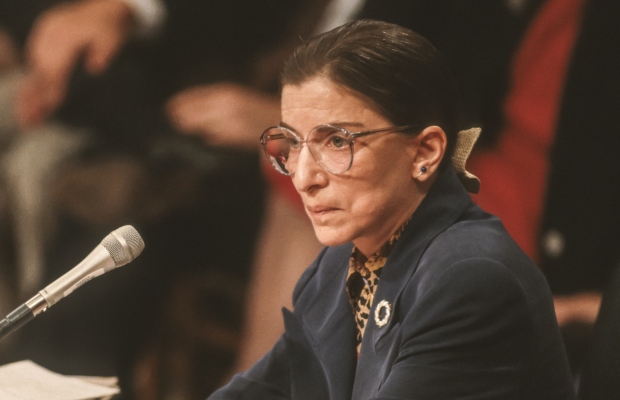 The life and career of Justice Ruth Bader Ginsburg left a profound mark on civil rights, feminism, and even popular culture. But one of the less celebrated aspects of the judicial icon’s legacy lies in her considerable influence on IP.

The International Trademark Association (INTA)’s two-part podcast series titled “Justice Ruth Bader Ginsburg and her legacy in the IP World,”, explored this facet of her career—as well as offering insights into her personal life.

While the first broadcast examined the Justice’s bearing on specific IP cases, the second mainly explored how her approach to life and law informed her legendary dissents and led to her worldwide acclaim.

Judge Margaret McKeown of the US Court of Appeals for the Ninth Circuit, San Francisco, California, also joined the panel to offer insights on her experience as Justice Ginsburg’s mentee.

McKeown explained how her relationship with the Justice developed after she sought her help in cases involving sex discrimination while still a law student. Ginsburg’s immediate willingness to help, she explained, revealed her innate kindness and warmth.

“She could seem very shy, which I think she was deep down. And yet, when she dealt with you one-on-one, you saw not only what an incredibly deep and remarkable person she was, but how much she cared about people,” said McKeown.

The power of dissent

This trait, the panel agreed, was also apparent in even her most strongly worded dissents to majority opinions handed down by the US Supreme Court.

Of these dissents, her most notable included Shelby County v Holder (2013), in which the court rolled back the 1965 Voting Rights Act’s protections, including in US states with a history of racially motivated voter suppression. Justice Ginsburg delivered a passionate avowal of the importance of retaining the protections. “Throwing out preclearance when it has worked and is continuing to work to stop discriminatory changes is like throwing away your umbrella in a rainstorm because you are not getting wet,” she wrote.

In IP, Ginsburg is better known for her majority opinions, including the landmark Alice v CLS Bank (2014)—which established the two-part test for patent eligibility. However, in her final years as a Supreme Court Justice, she did dissent in two cases: Impression Products v Lexmark (2017) where she diverged from the court’s finding regarding international patent exhaustion, and SAS Institute v Iancu (2018), where she faulted the court’s view that the Patent Trial and Appeal Board must decide the patentability of all of the claims challenged by a petitioner when it institutes an inter partes review.

Despite her reputation as a fiery dissenter, McKeown argued that the Justice “didn’t have a mean pen” and refrained from attacking the majority Justices in her writing. “Instead, she let her dissent stand on its own two feet. So, I think in both her writing and her presence—and in how she dealt with people— there was a dignity that really befit someone on the highest court in the US,” she said.

According to her daughter Jane Ginsburg, her mother had a novel way of approaching her dissents. “She always said that you should write a dissent as if it were the majority opinion. Occasionally, they even became majority opinions, although that was relatively rare. But, that was her approach to writing a dissent. So, it wasn't to respond to the majority. It was rather to make the affirmative case.”

For the late Justice, she explained, calculating the human cost of legal decisions was always paramount. “She never lost sight of the real people who were behind these disputes; never lost sight of the impact that a decision would make,” said Jane Ginsburg. “Sometimes she would preface her writing by saying, ‘Let's see what's at stake for the parties in this case’. So, notwithstanding all the fascinating legal questions— of which IP presents many—she never forgot the people who were behind the questions that come to the court.”

Noted McKeown: “She was a great correspondent, and as a judge, I really see the economy in her writings. Every word matters; they pack a punch in the way that she put them together.”

The compelling nature of her dissents led to the creation of her moniker “The Notorious R.B.G." by law student, Shana Knizhnik, who compared Ginsburg to the rapper, ‘The Notorious B.I.G.’ in a meme on her Tumblr blog following the Shelby County case.

In 2015, Knizhnik collaborated with journalist Irin Carmon to write “Notorious RBG: The Life and Times of Ruth Bader Ginsburg”. The book became a New York Times bestseller and cemented the Justice’s status as a feminist titan in popular culture.

According to the panel, the Justice’s warmth and humour was also reflected in her reaction to her nickname. McKeown explained: “When all of this started, and when we saw t-shirts and every other kind of branded paraphernalia with ‘RBG’, I thought that she would chafe at that because she was a serious person. I thought she might see it as frivolous—I was quite surprised that she was charmed by it.”

This was mostly because the Justice saw her new-found fame as “a way to connect the court to the people,” she added.

“All of a sudden, a Justice could seem more real,” she laughed, adding that Ginsburg would have approved of the use of her image in the fight against the COVID-19 pandemic. “It's really been quite remarkable to sit back and watch how this has taken off. Now that we're all wearing masks, you also see masks with ‘RBG’ on them as well. I'm sure she would have endorsed that.”

For Hartnett, who co-authored a book, “My Own Words” with the late Justice, the emergence of the ‘RBG’ persona helped to inspire young people.

“One of the things that might be behind this phenomenon is that it came at a time when young people really needed a hero. Often people become famous because they're incredibly rich or they’re beautiful movie stars or extremely powerful figures,” she said. “And it’s not that she didn't have money or power or beauty, but the reason she was a [role] model was because she used her talent and her time—really her entire life—to create opportunities for people who otherwise wouldn't have them.”

A job to carry on

She added that while the Justice initially treated her sudden celebrity with caution, she eventually embraced its potential. “She did not seek this. She had a devoted, but tiny staff. So, she wasn’t someone with publicists and agents drafting tweets or figuring out how to get her more attention. She shied away from it, but then I think she realised that perhaps there was a reason why this was happening, and it was good for young people to have a hero.”

According to Hartnett, the Justice’s hope for the future lay in the potential, convictions and aspirations of the young, and she recalled an insight from Ginsburg delivered during one of their interviews.

“Our country has gone through some very bumpy periods, but I'll tell you the principal reason why I'm optimistic. It's the young people I see,” said Justice Ginsburg. “My lawyer granddaughter, my law clerk; they are determined to contribute to the good of society and to work together. So, the young people make me hopeful. They want to take part in creating a better world. Think of Malala [Yousafzai]. Think of Greta Thunberg in Sweden. Yes, I'm putting my faith in the coming generations.”

Hartnett concluded that in celebrating Ginsburg’s awesome legacy, she was keen that young people honour the trailblazing achievements of the Justice and to ultimately “know that they have a job to carry on”.