Influential Women in IP: working in the major league and PTAB fairness 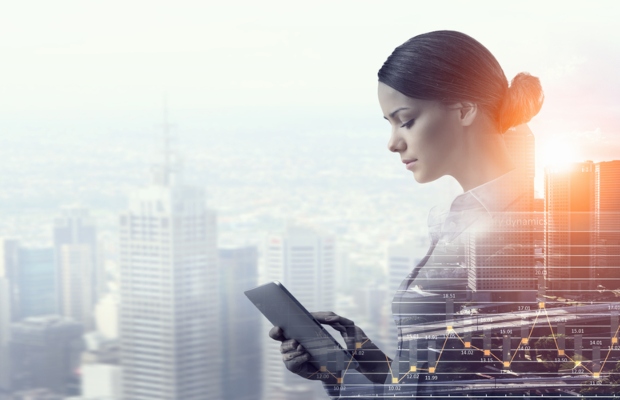 There have always been talented women, but the decisions they’ve had to make in the past at law firms have meant that sometimes they leave the standard partnership track, never to return.

This was one of the many topics discussed yesterday, September 24, during WIPR’s Influential Women in IP event in Virginia, in association with Birch Stewart Kolasch & Birch (BSKB).

MaryAnne Armstrong, partner at BSKB, said: “25 years ago we had talented women rising up through the ranks. Many of them made the choice of ‘I can’t do it all … I can’t manage the responsibility that is expected of me to be on partner track and rise to the top’” while also raising a family.

Armstrong, who was the first female partner at BSKB and moderator of the “Challenges and Choices in Career Development” panel at the event, added that BSKB has realised that, as a man or a woman, you should not have to make the same ‘this or that’ choice that women were expected to make 25 years ago, and that you can “define your career yourself”.

However, Armstrong added that challenges remain in the legal sector, particularly for those lawyers who decide to step to the side because of personal circumstances, such as having a child or caring for a sick family member.

“Typically, in the past, that person became marginalised, even if they wanted to jump back into the main track five years later. They weren’t given the choice projects, [instead] they were given minor projects and minor clients, meaning that they were never able to get back here,” cautioned Armstrong.

Now, firms are recognising that if you want to retain people, you have to let people define their career so as not to “lose the good talent”.

Defining her own career is exactly what Mariessa Terrell, law professor at Howard University, has done. With her own practice since 2003, Terrell works primarily with defence contractors and companies in the fashion industries, in addition to teaching fashion law and trademarks and managing Howard University’s IP and trademark legal clinic.

Terrell represented a number of smaller clients, but this wasn’t enough to survive, so she hooked an ‘anchor’ client, defence contractor Lockheed Martin.

“When you don’t have the experience, how do you convince people you can do the work? I had the tenacity and capability, and having Lockheed Martin convinced people. Once you get one, all of a sudden you’re in the room,” she said.

While the trademark space is a bit more diverse than patents, according to Terrell, it’s still a predominately male space.

“Honestly though, I don’t mind the first reaction, my work speaks for itself. But you have to get into the room. It’s just that we have to be more creative to get in there.”

Unfortunately, getting into the room can be a problem. Terrell added that hirers don’t like to work to hire people, instead searching for people that look and act like them. She said that the challenge is to get around that and show those hiring that “we have commonalities”.

For Hailey Bureau, patent agent at BSKB, the main issue revolves around something we are usually taught at work, that any criticism we receive isn’t personal.

“I wish there was a trend in law firms to re-personalise work,” said Bureau, adding that while there’s a push to be more productive and efficient, sometimes the person is forgotten.

Before leaving the lab two years ago to become a patent agent, Bureau faced pushback from her colleagues about leaving academia.

“I just had to realise that I didn’t have to continue to explain myself to them. Going into this route [of patent law] is still the major league, it’s just a different sport,” she said.

Kristi Sawert, administrative patent judge at the Patent Trial and Appeal Board (PTAB), spoke more generally about her work at the board.

She admitted that the board may have “somewhat of a bad reputation” (according to certain blogs), she said that all of the judges she has worked with are people “trying to be as fair as they can”.

“I worked at big law before, and the game was to go in and out litigate the other person. I don’t think this strategy applies at the PTAB, because the trials go so fast and there is only so much discovery you could have. It’s about really getting to the point concisely and not wasting anybody’s time,” said Sawert.

She added that people in the organisation are working extremely hard to get best results.

Sawert said: “From my perspective, trying to overcome those perceptions and being as fair as I can possibly be is what I try to do daily.”

According to Sawert, in government, you can be a silent influencer, with a lot of quiet sway on the direction of IP law.

“There are all sorts of positions out there in government that really fly under the radar. You can have a big influence,” she concluded.