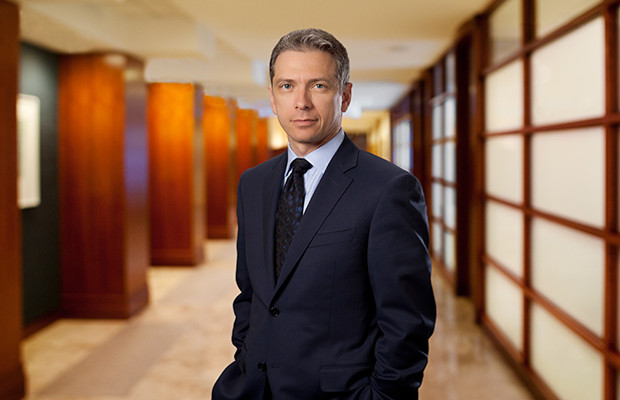 US Patent and Trademark Office (USPTO) director Andrei Iancu confirmed his resignation with a rallying call for an end to state-sponsored theft and reform of patent eligibility.

In his farewell speech, delivered at a US Chamber of Commerce event, yesterday, he urged his successor to continue engaging with foreign nations to ensure bilateral and multilateral cooperation on IP issues.

“We must put an end to state-sponsored theft of IP, and their cavalier attitude toward the proliferation of fakes and counterfeits,” he said.

This was partly why it was so important for the USPTO to create a broad coalition of partners to elect new, pro-innovation leadership at the World Intellectual Property Organization (WIPO) last year, Iancu said.

He added that “given the forces that were at work, that alone was a singular accomplishment, and it will pay dividends for years to come”, likely a reference to concerted US opposition to Wang Binying, a WIPO deputy director and a former Beijing trade official.

Daren Tang, head of Singapore’s IP office, was eventually elected as WIPO’s director-general, following a US campaign against the Chinese candidate.

During his speech, Iancu stressed that a robust IP system remained critically important and called on the courts to address ongoing issues stemming from the controversial Section 101 patent law.

“If the courts cannot do it, then will Congress step in with legislation and finally liberate our country from this quandary? We know that this issue is solvable: we have shown a path forward at the USPTO,” said Iancu.

He said: “Our patent system must incentivise innovation for all. This is the orientation we have taken to everything we have done over the past three years. And this is the pro-innovation, balanced policy perspective that we should continue to take if we want to ensure America’s continued innovation leadership.”

The US was at risk of being left behind as others fortify their IP laws and race towards technological dominance in the Fourth Industrial Revolution, he warned.

The USPTO faced a number of challenges, said Iancu, who described 2021 as shaping up to be one of the most consequential years for IP

He drew attention to the Trademark Modernization Act, which was signed into law a few weeks ago. “This is the most significant piece of trademark legislation in decades. The new law creates a critically important presumption of irreparable harm once infringement is found.”

Iancu added: “The law also creates new opportunities to challenge bogus marks and help us declutter our register. And the law enables us to set different deadlines and, therefore, speed up the pace of examination even further,” he said.

He noted that the USPTO “will be very busy over the next 12 months” as it sets about drafting regulations to implement the new statute, and would also have to address the “astounding 69% increase in trademark filings” recorded during this fiscal year to date.

According to Iancu, the office has succeeded in its mission of ‘reclaiming the nation’s IP leadership’ during his tenure since 2018.

“We have a new dialogue in the US, and frankly around the world: a dialogue focused on the brilliance of inventors, the excitement of invention, and the incredible benefits they bring to society,” said Iancu.

He added: “Over the past three years, we did every single thing we promised to do—and so much more.”

During his speech, Iancu pointed to the issuance of new guidance to examiners to address Section 101 of the patent code, stating that the uncertainty of examination in this area has decreased by 44% since the new guidance.

The office had also succeeded in balancing post-grant proceedings at the Patent Trial and Appeal Board (PTAB), said the outgoing director.

“Among other things, we aligned our claim construction standard with district courts. And our new amendment process increases the likelihood of success two to three times. We have also drastically reduced repeated challenges. And we published standard operating procedures and revised the trial practice guide to make everything we do more transparent and predictable,” he said.

Iancu also lauded the power and the positive impact of the IP system, in the wake of the development of multiple vaccines for COVID-19—in record time. “Some were done by small, innovative, entrepreneurial firms working with the largest pharmaceutical companies, and licensing their IP to leverage each other’s strengths,” he said.

“And yet, this is precisely the time that voices around the world are arguing, with little or no evidence, that IP is somehow a barrier to innovation.

He argued that the contrary has proven to be true. “There is more cooperation in this industry now than ever before, and IP has played a central role,” he said.