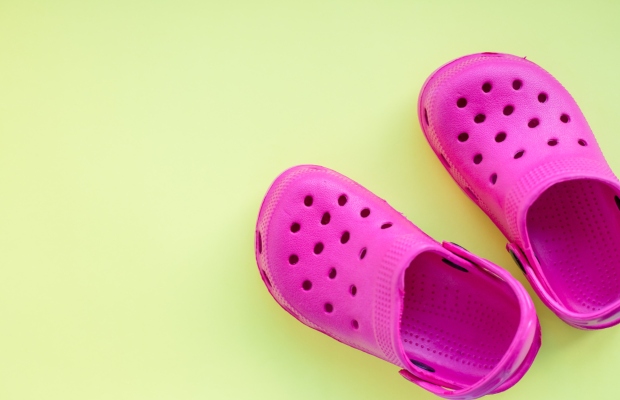 The US Court of Appeals for the Federal Circuit said on Thursday 11 that Mojave Desert Holdings can appeal against an unfavourable ruling over a key Crocs design patent.

Mojave Desert Holdings has been allowed to substitute U.S.A Dawgs in the appeal case following its acquisition of all U.S.A Dawgs assets in 2018 after the sandal-maker’s bankruptcy.

Crocs contested that Mojave Holdings should act as substitute for the case. It also claimed Mojave lacks standing in picking up U.S.A Dawg’s appeal case as it does not face a potential suit.

The Crocs figurative patent is filed under US number D517,789 and includes a single claim for “ornamental design for footwear”. According to the company, this patent is the basis for its “iconic clog design”.

Crocs first sued U.S.A Dawgs on August 6, 2012, claiming infringement of its ‘789 patent in the United States District Court for Colorado.

It argued that U.S.A Dawgs own foam-molded clog footwear infringed on the patent. Following the suit filing, Crocs also filed a third-party examination request for inter partes reexamination of the ‘789 patent at USPTO. The examiner rejected the claim, leading Crocs to appeal to the Patent Trial and Appeal Board (PTAB).

Whilst the appeal was pending, U.S.A Dawgs filed for bankruptcy on July 20, 2018. The bankruptcy court approved the sale of the company assets to the recently formed Dawgs Holdings, which used the proceeds to dismiss U.S.A Dawg’s bankruptcy case.

The holding company then assigned all rights to Mojave on August 18, 2018.

In July 2019, Mojave filed a petition to the PTAB to “change the Real-Party-in-Interest from Third-Party Requester U.S.A Dawgs, Inc to Mojave Desert Holding, LLC in Inter Partes Reexamination”, but that petition was dismissed by the board.

On September 10, 2019, the PTAB issued its decision reversing the examiner's rejection of the ‘789 patent’s sole claim. U.S.A Dawgs then appealed to the Federal Circuit, stating that Mojave intended to file a motion for substitution for the lawsuit.

The court agreed that “Mojave is the successor-in-interest to U.S.A. Dawgs, that it has standing to pursue this challenge to the ’789 patent, and that the Board erred in not substituting Mojave for U.S.A. Dawgs as the third-party requester during the inter partes reexamination.”

It further noted that “no useful purpose would be served by remanding to the Board to add Mojave as the requester and that the appropriate course is to grant the motion to substitute on appeal.”