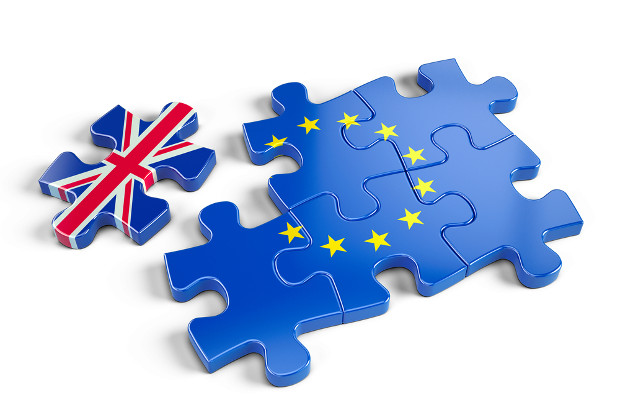 Yesterday, October 2, British Prime Minister Theresa May revealed that article 50 will be triggered by the end of March 2017, setting in motion the Brexit negotiation process.

May also announced a “great repeal bill”, which will incorporate EU regulations into UK law and allow future governments to remove or amend law at a later date.

It will only come into force on the day Britain leaves the EU.

WIPR spoke to intellectual property lawyers and IP associations about the implications of this timetable.

Alex Wilson, partner at UK-based law firm Powell Gilbert, claimed that after a slow start, the government is now beginning to “come to grips with the enormity of the task ahead”.

“In the IP field, consultation with bodies such as the IP Lawyers’ Association is underway. May’s great repeal bill is a bit of a misnomer as, at least in the short term, it will formally incorporate EU legislation into our own domestic law to make sure that when the UK leaves the EU there is no legislative gap created.

“This will be lead to a small sigh of relief for IP rights owners as the laws will remain in place, but it does not address what will happen to existing or applications for IP rights post-Brexit. The government is going to need a plan for the detail as well,” he added.

Duncan Ribbons, partner at Redd Solicitors, told WIPR that writing EU regulations into the UK statutes is the simplest fix and will provide the greatest degree of certainty and stability for businesses.

“But it is not a panacea for all Brexit-related IP issues: even with this approach there will be details that need to be worked out, and some of these will depend upon the nature of our relationship with the EU in the post-Brexit world, eg, converting unitary rights including European Union trademarks (EUTMs) and registered Community designs into national rights or otherwise ensuring continuity of protection in the UK,” he added.

David Rose, partner at Mishcon de Reya, said that “the process of disentangling EU and UK laws is especially complex in the area of intellectual property rights”.

He added: “Of particular concern is how the repeal bill will ensure that the owners of existing EU-wide rights (including EUTMs, RCDs and unregistered Community designs) are able to preserve those rights in the future.”

Eddy Leviten, director general of the Alliance for Intellectual Property, said: “Transposing current EU laws onto the UK statute book will allow for a period of certainty that means IP-rich businesses can continue to grow, create jobs and export goods, content and services.

“We will await with interest clarification around the operation of trademarks, design rights and patents vis á vis the UK and EU, as well as opportunities to strengthen protection for the rights of small and medium-sized enterprises in design, and better cooperation from all in the online space in respect of both physical and digital goods.”

He added that the alliance is already engaged in discussions with government to help deliver the most effective regime for the UK's IP-rich industries.

A spokesperson for the Chartered Institute of Patent Attorneys (CIPA) said: “Neither the triggering of article 50 by the government next March nor the UK leaving the EU will have any effect on patent holders or restrict the ability of UK patent attorneys to carry out European patent work.”

CIPA expects there to be no negative impact on IP rights through this process of transposition and will press the government to further strengthen rights where possible.

Kate O’Rourke, president of the Institute of Trade Mark Attorneys, said: “It gives owners of IP rights plenty of time to plan for the future and ensure continuation of their IP protection once the UK leaves the EU.

“At this time we recommend that all trademark or design rights owners seek advice from their registered trademark attorney to ensure they are fully prepared and can put in place plans to confirm the continuance of their IP protection,” she said.

Addressing the UPC, Wilson explained that “it is very much a case of wait and see”, adding that “one can only hope that May’s sovereignty rhetoric is watered down with a dose of realism when it becomes clear what the potential costs are”.

Ribbons added: “May’s comments will be a blow for those hoping that the UK will ratify the UPC Agreement and be able to participate in the UPC post-Brexit.

“Her aim of ending ‘the authority of EU law in Britain’ is incompatible with accepting the sovereignty of EU law, which has been identified as a pre-requisite for participation by non-EU countries in the UPC. And if there is no hope of the UK remaining part of the UPC post-Brexit, there must be little prospect that the UK will ratify the UPC Agreement.”

The barristers said that for the UK to continue to participate in the unitary patent system and the UPC Agreement post-Brexit, it would have to overcome a “substantial” number of obstacles.

Rose explained that the opinion suggests both a legal argument in support of the UK's continued participation in the UPC and a mechanism for achieving it.

“But this mechanism requires the UK to recognise the supremacy of EU law and to submit to the jurisdiction of the Court of Justice of the European Union (CJEU),” he said.

“Whilst this would be in the standalone context of the UPC, it would require the UK to submit to EU laws going beyond patent law where they might impact on UPC cases, such as EU competition law.”

Rose said that it was very difficult to see how this can be squared with the resounding political message that the UK will 'take back control'.

Rowan Freeland, head of IP at Simmons & Simmons, added that the opinion provides a mechanism where continued close engagement with the European IP system “can be achieved without subjecting the rest of the UK economy and national life to the direct jurisdiction of EU institutions”.

He warned that if the government “has turned its face against any engagement with the EU institutions at all, then this option will no longer be available”.

“But if its concern is that such engagement can only be achieved at the cost of reduced control of our borders, the Gordon opinion still offers a way of securing the advantages of such engagement for British industry without paying that price,” said Freeland.

James Hayles, IP Federation president, agreed that the 'hard Brexit' flavour points towards it being increasingly unlikely that the UK would ratify the agreement in the short term.

However, Hayles added that “this is not all bad news”. He explained that a pause in the UPC process could “give everyone a chance to consider how the UPC might be adjusted to accommodate not only a post-Brexit UK, but also other countries”.

“The IP Federation would therefore like to see work being started now on a revised package which could be assessed as part of the Brexit negotiations.”

Simon Rees, president of the British Association of the International Federation of Intellectual Property Attorneys (FICPI-UK), said that there should be no ratification of the UPC agreement “until there is an absolute plan for what would happen at Brexit”.

“The current patent/litigation system is functional, and it is therefore the view of FICPI-UK that an early ratification would just cause problems,” said a spokesperson for the association.

The spokesperson added: “Although there seems to be continued pressure from elsewhere in ‘Europe’ for the UK to ratify, this seems more about not wasting the effort to date.”

FICPI-UK believes there is a need for new economic studies to see whether there is a case for the UPC system to go ahead without the UK.

The UK voted to leave the EU on June 23.

Article 50 is triggered when any member state decides to withdraw from the EU in accordance with its own constitutional requirements.

Once article 50 has been triggered, the process for withdrawal will take two years, meaning the UK will leave the EU in spring 2019.