The new IP landscape in Russia 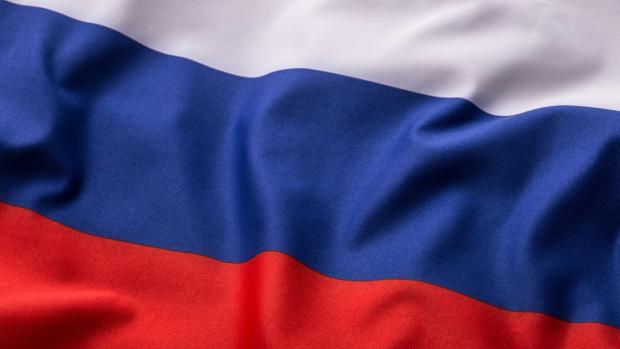 Among the devastating and far-reaching consequences of Russia’s attack on Ukraine in February last year, IP in the region has been affected. In particular, the sanctions imposed on Russia and the counteractions of Russia against “unfriendly” countries have raised uncertainty and concern among IP rights holders.

The protection of intellectual property rights has not been defined as a sanctionable activity. At first, the exclusive rights related to IP became a means of politicking and pressure, but now the situation is much calmer. From a purely legislative point of view, the situation is not that alarming.

Protection of and respect for intellectual property rights in Russia has historically been high. The legislation and the practices of the Russian IP court have been up-to-date. Russia has also made great efforts to develop the IPR field during the last few years.

In response to sanctions, Russia has made some decisions and put in place new laws that enable the state—under specific circumstances—to restrict exclusive IP rights. However, in accordance with the new legislation, all restrictions must be well justified, eg to ensure the safety, health and well-being of Russian citizens. In practice this means, for example, ensuring the availability of medicines, food and other vital commodities.

To ensure the availability of essential commodities, the following restrictions to exclusive IP rights are possible:

The reason for allowing parallel import at this stage is obvious—this approach will guarantee the shipment of goods into Russia in a situation where many foreign companies have left the country or scaled down their business. Russian retailers, which in the current circumstances find it difficult to obtain foreign goods, have expressed their support for legalising parallel import.

“Trust in the Russian judicial system is at stake and the burning question is whether foreign companies can get any fair IP decisions.”

Parallel import is allowed only for certain specific goods and the list of goods and companies is published by the Ministry of Industry and Trade. The list is regularly updated and new brands are included and also excluded from the list. It mainly includes goods from companies that have left the Russian market. The practice has shown that the Ministry of Industry and Trade is IP holder friendly and some companies have even managed to get out of the list by contacting the Ministry with well-grounded reasons.

Can IP rights still be protected and maintained?

The answer is yes—the patent offices of Russia and Ukraine are operating, despite disruptions in Ukraine and sanctions in Russia. The prosecution of IP rights continues as usual. Payments of official fees to the Russian Patent Office (Rospatent) may be problematic but can be still paid through non-sanctioned banks. Further, martial law, which is currently in force in Ukraine, allows the suspension/restoration of IP deadlines within 90 days from the date of repeal of the martial law.

Statistics from patent offices show that from January-July 2022 the number of trademark applications in Russia surprisingly increased by 5% (compared to the same period in 2021). However, the increase comes from Russian filers—filings from foreign companies dropped 15.5%. In Ukraine, the national filings dropped more than 40%, but the number of international trademark applications remained almost the same.

“Trust in the Russian judicial system is at stake and the burning question is whether foreign companies can get any fair IP decisions.” - Riikka Palmos

Trust in the Russian judicial system is at stake and the burning question is whether foreign companies can get any fair IP decisions in Russia. This is a very justified question in circumstances where overall trust and safety are at stake and local companies and individuals try to take advantage of the situation.

Although Rospatent will most probably refuse these bad faith applications, the right holders should be aware and actively oppose the applications, when necessary. If companies have not registered their rights in Russia in the first place, third parties may succeed in these bad faith registrations.

Maintaining IP rights requires various measures, such as payment of renewal and annuity fees as well as proper use of the rights in the local market. Trademark use requirements may be difficult to fulfil in circumstances where the businesses have been interrupted. Therefore, it is worthwhile to start considering alternative strategies to safeguard the rights, such as licensing or re-filing existing rights.

Based on several recent court decisions it seems that the judicial system is working properly. IP rights holders can still trust the Russian court system. The grounds for different court decisions show that, at least currently, the decisions follow the law.

Although local parties to disputes try to challenge the IP rights of companies from “unfriendly“ countries and refer to the national interest of Russia to cancel the existing rights of foreigners, the courts have systematically confirmed that equal protection of foreign companies’ IP must be guaranteed in the Russian Federation and that defining some countries as “unfriendly“ does not exclude the possibility of companies from such countries enforcing their IP rights in Russia.

Uncertainty and exceptional circumstances are of course a concern. However, it seems that as long as products are available at the market, the situation is calm. A recent development is that many Asian products are taking over the Russian markets in place of European and US products. Therefore, there is also a need for a functioning IPR system from this perspective. Asian companies are now filing more applications.

Defending one’s rights after withdrawal from the market may be complicated, especially as time passes and the rights are not used as stipulated by legislation. This situation may soon become a real challenge for IP holders.

Bad faith actions and new sanctions including counteractions to sanctions may change the situation rapidly. However, currently, it seems unlikely that Russia is planning to wreck the intellectual property rights system, as it is one of the cornerstones of business operation not just for foreign companies—but for local companies too.

Riikka Palmos is a senior partner at Papula-Nevinpat. She can be contacted at: riikka.palmos@papula-nevinpat.com