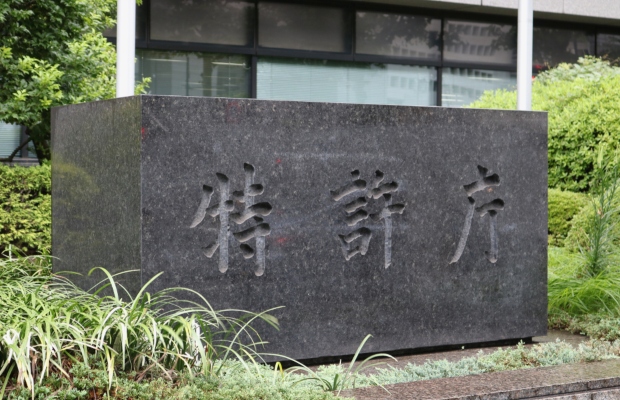 In June 2022, the Japan Patent Office (JPO) released the revision to “The Guide to Licensing Negotiations Involving Standard Essential Patents” (the guide 1st edition), which aims to prevent or quickly resolve disputes concerning the licensing of standard essential patents (SEPs) (the second edition).

The first edition was formulated in 2018 to enhance transparency and predictability, facilitate negotiations between rights holders and implementers, and help prevent or quickly resolve disputes concerning the licensing of SEPs which are essential in implementing standards in the field of wireless communications and the like.

Since then, the situation surrounding SEPs continues to change significantly, and since the summer of 2020, judgments have been issued concerning inter-industry disputes between the telecommunications industry and the automotive industry. In light of these latest global trends, it was decided to revise the guide first edition to ensure that the “appropriate information” provided by it is up to date.

Major changes in the draft revision are as follows:

Subsequently, the JPO called for public comments on the draft revision, and established the second edition based on the public comments. It states that while “Good Faith Negotiation Guidelines for Standard Essential Patent Licenses” of METI are the norms of good faith negotiations provided by the Japanese government, the first edition and the second edition are documents that objectively summarise issues concerning licensing negotiations based on domestic and foreign facts, and are not intended to be prescriptive.

The direction of the revisions, and particularly in the key points of revisions to items in the first edition—“licensing negotiation offer from rights holder (patentee)”, “parties to negotiation in supply chain” and “international jurisdiction” —is as follows.

In the first edition, five examples of actions by a patentee that may increase the likelihood of the patentee being perceived as acting in bad faith were listed, one of which was “Not disclosing its documents identifying the SEPs and documentation mapping SEP claims to the standards and/or products such as claim charts, when offering licensing negotiations to an implementer, such that the implementer can understand the rights holder’s claims”.

In response, individual members of the study group of experts made the following comments.

In response to these comments, the direction for the revision of the first edition was determined to “refer to that there is a judgment (Sisvel v Haier) which held that claim charts are not mandatory as materials to be presented by the rights holder”, etc. The draft revision described, “Not clarifying how SEPs are being infringed, such as documents identifying the SEPs and the standards, when offering licensing negotiations to an implementer (Note 27: In Sisvel v Haier the court held that presenting claim charts would not be mandatory. However, it must be noted that it was a court decision in Germany).”

In response, the following comments were made in the invitation for public comments.

The JPO responded, “The description that may increase the likelihood of being perceived as acting in bad faith has been deleted since the Federal Court of Justice judged against such a possibility. The contents of the ‘Good Faith Negotiation Guidelines’ at issue has been cited in the main text of [048].”

In addition, in response to the comment: “the statement ‘However, it must be noted that it was a court decision in Germany’ in footnote 29 should be deleted”, the JPO responded, “The footnote at issue has been deleted since the matter is not specific to a particular judgment and a new footnote 3 has been established to that effect.”

As a result, in the second edition, while the description “Not clarifying how SEPs are being infringed, eg, providing documents identifying the SEPs and the standards, when offering licensing negotiations to an implementer” is maintained, the description “However, it must be noted that it was a court decision in Germany” was deleted from the corresponding footnote, only stating “Note 28: In Sisvel v Haier (Germany, Federal Court of Justice, 2020), the court held that presenting claim charts would not be mandatory,” As footnote 3, the following was added: “Although this Guide refers to judicial precedents in various countries, of course, a judgment in one country does not prejudice a decision in another”.

In this regard, “Good Faith Negotiation Guidelines for Standard Essential Patent Licenses” of METI (2022) provides as the norm to be followed by patentees and implementers, that when a patentee makes the licensing offer, the patentee should provide, either voluntarily or at the implementer’s request, information indicating that the implementer’s products correspond with the standard and claim charts mapping claims to that standards element-by-element (when there is a large number of the subject patents, the claim charts are made for representative patents.)

Parties to negotiation in supply chain

In the first edition, there were following descriptions.

In response, the members of the study group of experts made the following comments.

In response to these comments, the direction for the revision of the first edition was determined as “The description should be confined to objective facts in order to convey only the facts objectively. The judgments referred to are judgments in one country and only one case, and should therefore be described with overall care. Reference should also be made to the reported facts in the press etc. other than judgments. Reference should be made to the fact that there are judgments (Sharp v Daimler, LG v TCL) that held regarding the parties to negotiation in supply chain in relation to exhaustion.” etc.

In the first, there was no explicit description of Anti-Suit Injunction (ASI).

In response, the members of the study group of experts made following comments.

In response to these comments, the direction for the revision of the first edition was determined “to organise it as it relates to the item ‘the geographical scope of licensing agreements’; to consider reciting judgments in a timeline, taking into account that it should avoid criticising the behaviour of particular countries; to refer to movements among countries and governments in addition to the judgments."

However, there are some cases where an order is issued prohibiting ASI in the foreign country (anti-ASI), or where the court determines bad faith assertion made pursuant to an ASI claim. Regarding international jurisdiction, some argue that ASI could restrict the exercise by rights holders of their exclusive rights and create barriers to legitimate trade and early settlement is desirable.”

Takanori Abe is a partner at Abe & Partners. He is also guest professor, graduate School of Medicine, Osaka University. He can be contacted at: abe@abe-law.com