The inner workings of ARIPO 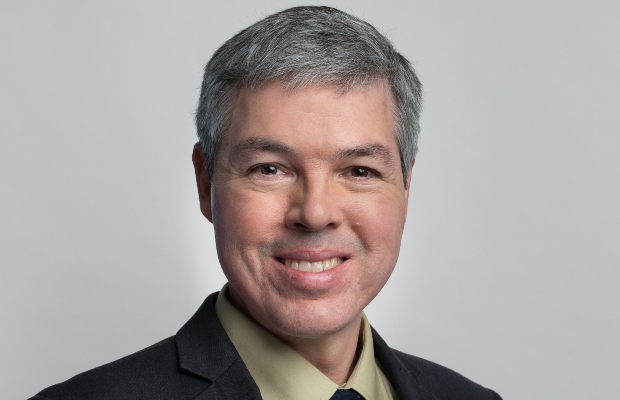 Analysis of patent applications by the African Regional Intellectual Property Organization reveals much about how the office runs substantive examinations, says Vítor Sérgio Moreira of Inventa.

Analysis of patent applications by the African Regional Intellectual Property Organization reveals much about how the office runs substantive examinations, says Vítor Sérgio Moreira of Inventa

The African Regional Intellectual Property Organization (ARIPO) is an intergovernmental organisation for cooperation in Intellectual Property matters, founded in 1976 with the Lusaka Agreement. Its main objective is the development and protection of IP rights in its 20 member states. ARIPO has four working protocols, one of which is the Harare Protocol, which regulates patent and industrial design applications.

ARIPO patent applications are formally and substantively reviewed by ARIPO examiners and are granted and effective in the designated member states with the legal enforceability of the respective national law. ARIPO maintains a searchable database in internet comprising information regarding bibliographic data of patent applications, besides their legal status. ARIPO also publishes detailed guidelines for examination. On the other hand, the office actions issued by ARIPO are not available online, resulting in lack of an easily accessible information regarding specificities of the substantive examination carried out by ARIPO.

The applicant may request examination of the patent application and pay the examination fee up to three years from the date of its filing, according to Rule 18 (1) comprised in the regulations for implementing the Harare Protocol. The grant of an ARIPO patent may be requested for one or more of the member states.

The first office action issued by ARIPO comprises a search and an examination reports, referred to in Rule 18(2), when the ARIPO has concluded that the patent application does not meet specific requirements, for example clarity of the claims, unity of invention, and patentability requirements, namely industrial application, novelty and inventive step. The applicant must reply to the first office action within six months from the date of the notification, submitting technical arguments and/or an amended specification, besides paying the prescribed fee.

Where the ARIPO Office decides to grant the patent, it shall, by a notification to which shall be attached a copy of the updated search report and examination report upon which the decision is based, communicate the decision to the applicant, the industrial property office and be made available to the public in each designated State. Moreover, ARIPO requests the applicant to make payment of the grant and publication fee within three months from the date of the notification.

We identified a sample of 13 patent applications filed before ARIPO, wherein Inventa International SA is the legal representative, and gathered the correspondent search reports, notifications of non-compliance with substantive requirements and invitation to submit observations and/or amend the application.

We evaluated the content of the search reports drafted by ARIPO, and checked if the prior art documents were identified in prior art searches independently executed by ARIPO or if said prior art documents were identified in other search reports, which were drafted by other patent offices that have examined other members of the patent family comprising the patent application filed before ARIPO.

We have used the database Common Citation Document (CCD) to identify what patent office has identified a certain prior art document cited in the ARIPO´s search report.

We also have evaluated the substantive examination reports issued by ARIPO in order to learn some insights regarding how this regional office considers the work performed by other patent offices when examining members of the patent family comprising the patent application filed before ARIPO.

The sample used in this study comprises 10 international patent applications filed under the Patent Cooperation Treaty (PCT), wherein it is possible to observe that 98% of the prior art documents cited in the search reports drafted by ARIPO were previously cited by other patent offices.

A larger fraction of the prior art documents were identified during the Chapter I of the PCT, when a International Search Report (ISR) was drafted by the competent International Search Authority for the correspondent international patent application. The examiners of ARIPO also have cited documents mentioned in a correspondent Supplementary European Search Report (ESR), which is drafted by the European Patent Office (EPO), when this regional office is not the International Search Authority during the Chapter I of the PCT. Besides that, other significant source of prior art documents for the search reports drafted by ARIPO are the office actions issued by the United States Patent and Trademark Office (USPTO). Therefore, the figure 1 illustrates the major sources of information for the relevant prior art documents, which are considered by ARIPO when performing the substantive examination of a PCT application that entered in its regional phase.

Figure 1: Source of prior art documents (%) 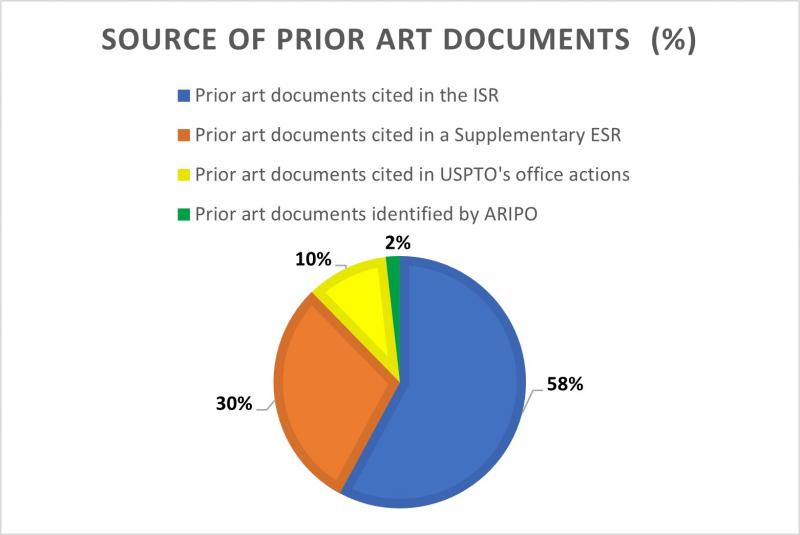 Considering the sample of office actions evaluated, it is possible to observe that most of the examination reports drafted by ARIPO take into consideration several office actions drafted by other patent offices that have examined other members of the patent family referred to the respective invention.

Moreover, for the very same patent application, if the ARIPO’s examiner agrees that the invention lacks novelty and inventive step, based on the objections raised during the Chapters I or II of the PCT prosecution, he or she may incorporate said objection in the examination report.

Our evaluation of the sample of patent applications also have allowed the identification of a pattern regarding the drafting of the examination reports by ARIPO’s examiners. Instead of rewriting the detailed objections raised in other office actions, the ARIPO’s examiners usually state that they concur with certain objections raised in other office action with respect to a specific requirement and the respective agreement give raise to a similar objection under the correspondent section of the Harare Protocol and directs the applicant to look for further details in the original office action issued by the other patent office.

Figure 2: Source of objections raised in the ARIPO’s examination report (%) 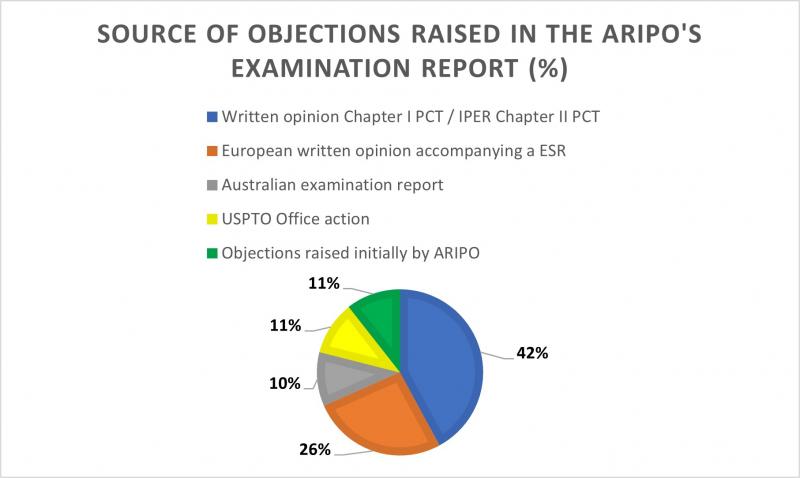 It is possible to conclude that ARIPO motivates its examiners to take into consideration the office actions issued by other Patent Office that have worked as offices of earlier examination of a correspondent patent application. This approach followed by ARIPO contributes to a predictable first office action issued by ARIPO, wherein objections raised in the PCT examination reports, besides USPTO’s and EPO’s office actions are very liked to be mentioned by ARIPO.

Furthermore, the examination reports issued by ARIPO may be considered practical for analysis by the applicant and legal representatives, because ARIPO seems to follow an approach that do not comprise a complete retyping of the information comprised in an office action issued by other patent office.

Instead, ARIPO explicitly informs that concur with some objection raised by another patent office and lead the applicant to seek for further details in the office action issued by other patent office. Indeed, this approach followed by ARIPO may result in the increasing of the examiner’s productivity and reducing of the backlog of pending applications. The results gathered in this study will be updated when more office actions drafted by ARIPO become available to us in order to generate more statistically robust results.

Anyway, the use of examination outcomes made available by an office of earlier examination may be considered as a pillar of an efficient patent system, wherein a certain patent office performs a qualified work during the search and examining steps and this work is shared with an office of later examination.

Therefore, ARIPO follows a recommended path in order to avoid reworking related to searching and examinations, wherein this path is encouraged by the PCT system. Of course, when considered proper, ARIPO may perform an independent examination of an invention, according to Paris Convention, and will issue an office action comprising a specific understanding regarding the meeting of the patentability criteria.

Vítor Sérgio Moreira is a patent manager and trademark and patent attorney at Inventa. He can be contacted at: vmoreira@inventa.com