The end of turmoil 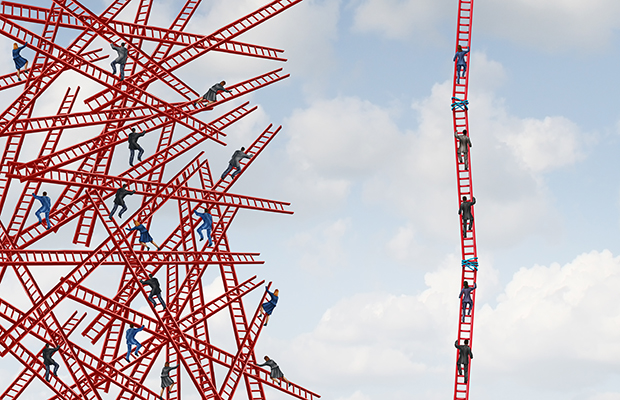 Brazil is well known for its football players, beaches and caipirinhas, but IP practitioners everywhere have grown used to linking Brazil to a far less flattering reality: the gargantuan backlog of patent and trademark applications.

On average, for the last 15 years the Brazilian Patent and Trademark Office (INPI) has been taking between two and five years to examine a trademark application and from seven to 14 years to examine a patent filing. This is, by far, the largest examination time among comparable economies. It is also the source of many problems for IP rights holders in the country.

The current situation of the INPI reflects the difficulties faced by the public sector in Brazil. In 2014, following a decade of hope and growth, the country plunged into an unprecedented economic and political crisis that affects both national and local governments, not to mention the manufacturing sector.

President Michel Temer took office after the impeachment of Dilma Rousseff, affirming the need for reforms but clarifying that the moment required austerity. In other words, government bodies should cut their budgets.

Less than a year later, the government still claims that it needs to cut all excesses and refrain from increasing governmental help to agencies, bodies and institutions. The cuts include reduced funding of public universities, scholarships and programmes.

Nevertheless, the INPI remains a notable exception. Not only did the general cuts not hit the agency budget, but also there has been some indication that the government may increase the INPI’s allocated resources soon. The government’s economic development team seems to acknowledge the importance of IP rights in attracting foreign investments and boosting local innovation.

While political turmoil persists and lacklustre economic figures reveal a fading, but persistent, crisis, the news is outstanding in the IP field. Three substantial issues haunting our country in recent years were tackled on April 12, which was an unusual day for the Brazilian IP system.

The criteria ANVISA could assess in connection to its approval of a given application were never clear. The health regulatory agency claimed it could examine not only public health and safety aspects, but also all patentability requirements, especially if the drugs were to be purchased by the Brazilian public health system. The INPI, on the other hand, claimed that only it should analyse patentability requirements and held that ANVISA’s examination should be limited to health and safety aspects.

The feud materialised in several lawsuits, with the courts consistently rejecting ANVISA’s far-reaching interpretation of its own authority and deciding that patentability criteria (namely novelty, non-obviousness, industrial use and sufficiency of disclosure) could be examined only by the INPI.

"The INPI has been avoiding simplistic solutions towards drastically reducing the backlog in the short term, a testament to the seriousness of the Brazilian IP system."

Now, it seems that there shall be no more separate examination of patentability requirements by the INPI and ANVISA, as the agencies entered into a memorandum of understanding (MoU), executed in a ceremony in Brasilia and chaired by Temer. It was agreed that only the INPI is entitled to examine patentability requirements even if, under the 1999 statute, ANVISA is still empowered to examine patent applications in relation to health and safety concerns.

Another announcement, by the INPI’s president, reinforced the perspective of a substantial decrease in the agency’s examination time. On April 6, 70 new patent and trademark examiners started work. This group had been approved in exams done in 2014, but their hiring had been delayed by budgetary concerns. The federal government has authorised that they be admitted.

This is the second hiring plan in recent years. Last year, 140 new examiners were engaged. Altogether, the increase of 210 examiners in two years represents a rise of approximately 25% in the agency’s personnel. Upon completion of training sessions during an adaptation period, the new examiners are expected to contribute to an increase of the agency’s productivity, speeding up examination and reducing the backlog of applications.

It is also important to mention that INPI has not looked for shortcuts. Until now, there have been no automatic rulings on pending applications (either accepting or rejecting, thus transferring the problem to appellate bodies and courts) or a term for applicants to file a confirmation of interest (with automatic rejection of the remaining cases). The INPI has been avoiding simplistic solutions towards drastically reducing the backlog in the short term, a testament to the seriousness of the Brazilian IP system.

The final announcement on April 12 concerned the registration of technology transfer and IP-related agreements by the INPI. The mandatory registration of such agreements has been labelled extremely invasive, often compelling private parties to amend conditions that had been freely agreed upon in order to secure approval.

Whereas registration was necessary for tax deduction of payments and for remittance of royalties abroad, most companies simply agreed to the conditions imposed by the agency. In some cases, however, contracting parties challenged the conditions imposed by the INPI in lawsuits, with inconsistent results. The tension between favourable and negative decisions in the case law became history with the enactment of Normative Instruction 70 of 2017, under which the INPI replaces the examination of the merits of each agreement by a mere verification of the applicable formalities.

Henceforth, the INPI will no longer examine the payment clause of the agreements and will approve the registration of them. A general disclaimer will be included in every certificate of registration stating: “the INPI has not examined the agreement under the statutory rules pertaining to tax and foreign exchange control law”.

The new procedure entails a higher responsibility for the parties, since royalties may be remitted abroad and tax deducted more easily, but approval by INPI will no longer serve as a defence in tax procedures.

Turmoil is gradually fading, leaving a place for a new cycle of economic growth and social stability in Brazil. Among the many ongoing reforms, it is reassuring to see that the INPI is finally able to reclaim a prominent place in the country’s political landscape.

Many young IP practitioners in Brazil had never seen the INPI under the spotlight, reinforcing the symbolism of having Brazil’s president chairing an event with the INPI.

Brazil may be facing the beginning of a new trend in our IP system, with the possible reduction in prosecution delay of applications and policies that are more predictable and business-friendly. For the first time in several decades, IP and the INPI have become a priority of the federal government, showing that a political environment more friendly towards innovation is finally arriving in Brazil.

Gabriel Francisco Leonardos is a senior partner at Kasznar Leonardos. He heads the firm’s litigation practice. Leonardos studied at the Law School at the State University of Rio de Janeiro and graduated in 1986 and achieved his LLM in financial law at the University of São Paulo in 1996. He is also an invited lecturer at several institutions. He can be contacted at: gabriel.leonardos@kasznarleonardos.com

Pedro Vilhena is a senior associate at Kasznar Leonardos. He co-heads the firm’s internet law practice and also acts as chair of the International Trademark Association’s Latin America and Caribbean subcommittee on nontraditional marks. Vilhena achieved his LLM