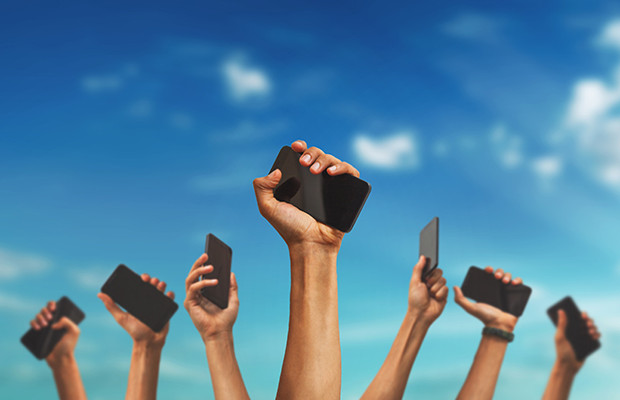 As technological developments continue to affect business in Mexico, there are some major IP reforms being discussed in the country, says Nuria Becerril of Becerril, Coca & Becerril.

The value of IP rights and their significance in global commercial relations is vast. To be an owner of IP rights provides the benefit of extracting an economic value when making commercial use of the product or service covered by the corresponding right. To establish the harmonisation of these IP rights in the different commercial treaties between countries is of critical importance to achieve a stable and fluid world economy.

We are witnessing a great technologic revolution: the fourth industrial revolution. The world has entered the artificial intelligence era. Cyber physical systems, together with the internet of things, are replacing the primary concept of automation by computers. New platforms are providing a base for novel technologies such as augmented reality, collaborative robotics, big data, cloud computing, and cognitive computing.

These are being incorporated in the industry 4.0 model, whose final object is to generate a computerised, linked, autonomously operated general manufacturing process through the creation of a set of intelligent networks. These are introduced in strategic points of the value chain and work collaboratively to give the efficiency, security and sustainability that supports human beings to achieve and thrive in their work, which has become more complex over time.

This new concept of industrial productivity, focused on a ‘zero waste’ strategy, will drive products and services in commercial relations in the future. They will build economic, natural and social capital, and will be of benefit to the global economy, particularly to emerging countries.

The role of IP

We are facing a truly massive technological change which also requires a transformation in other levels of business. Companies must transform their focus to generate new business models, and meeting the challenge of adapting to constant change is needed today more than ever.

IP is facing this challenge as well. As technology evolves, the scope of many legislative issues regarding industrial property rights is surpassed. The ability to access information on the internet has established a true challenge when it comes to the defence and protection of copyrights as well as other IP rights. The challenge is so difficult because IP is inherent in technological evolution. One of the main challenges for IP is establishing new harmonisation parameters and provisions in law for the treatment of virtual technology.

Mexico’s situation in terms of commercial treaties is very interesting. In 2017, Mexico is taking part in the renegotiation of its most important commercial treaty: the North American Free Trade Agreement (NAFTA). This treaty has been the most important to date because of the volume of business that is managed and because of Mexico’s relevant partners: the US and Canada. The commercial exchange between Mexico and these partners is equal to approximately 40% of its GDP.

Because of the legal and fiscal certainty that IP rights provide to all transactions, it is unsurprising that the harmonisation of IP rights is discussed in chapter 17 of this treaty. To achieve an adequate harmonisation of IP rights between the three NAFTA partners will open the door to an optimum and fair legislative harmonisation, which will have an effect on export and import relations, duties and regulatory affairs in the different commercial and industrial sectors. Five negotiation rounds have taken place. US President Donald Trump’s decision on the US’s participation is critical to the continuation of this treaty.

"The incorporation of GIs will open a new door to protect and certify the origin of many products in Mexico."

Mexico is also working on two pending issues which will have a notable effect on Mexican IP legislation and regulatory matters.

Regarding industrial designs, a proposed law is currently being discussed in the Senate. These reforms are taking place at the same time as discussions are taking place for Mexico subscribing to the Hague System for the International Registration of Industrial Designs, whose main purpose is to allow users to save time and money by enabling them to easily and swiftly acquire design protection in multiple markets as a single international application. Mexico is aiming to update the design protection system according to international standards and to effect some modifications to its procedures in order to optimise the design-granting process.

The second issue is regarding the initiative to incorporate geographical indications (GIs) into the Mexican legislation on denominations of origin. The objective is to complement and update the existing provisions in the Mexican IP Law which will provide a new scope and a novel landscape on distinctive signs matters.

The incorporation of GIs will open a new door to protect and certify the origin of many products in Mexico which cannot be denominations of origin but that certainly qualify for a certificate of origin, therefore presenting the opportunity to increase Mexico’s economic potential in matters of commerce, particularly with the EU, and to generate new commercial global partners in Asia.

Nuria Becerril is public relationships partner at Becerril, Coca & Becerril. She joined as a partner in 1998. As marketing head of the firm, she focuses her practice on biotechnological patents advisory and marketing activities of the firm. She can be contacted at: rbecerril@bcb.com.mx