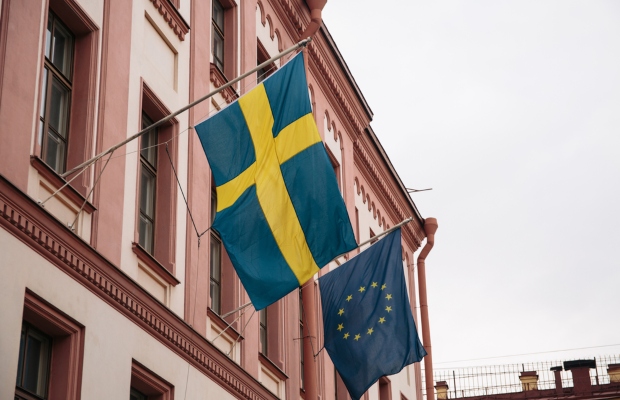 Will Sweden ever take the lead as the most innovative European country, asks Vanessa Bélec of Fenix Legal.

Sweden has once again taken second place in the Global Innovation Index (GII) and has the largest number of European patent applications per capita of the European countries in 2020, according to the European Patent Office (EPO). In this article, we compare Sweden with the top-ranked index leader, Switzerland, and analyse what needs to be done in order to achieve a top position in the coming years.

The EPO’s 2020 patent statistics shows that Sweden ranks second in Europe based on the number of European patent applications filed with the EPO per million inhabitants (figure 1).

Figure 1: Country ranking based on the ratio of number of European patent applications filed at the European Patent Office per million inhabitants.

The above-mentioned analysis is the 13th edition of the GII 2020 which since 2016, with the exception of 2018, has put Sweden in second place in the list of the top innovation economies in Europe and also second among high-income countries, behind Switzerland.

The GII 2020 differs from the results of the EPO. It does not only take into account the number of patent filings but also the following parameters: IP-rights, the environment, capital and research, education, research and development, infrastructure, credit and investment, working knowledge, innovation linkage, knowledge absorption, online creativity, creative goods and services, growth rate of gross domestic product and technology output.

There are plenty of similarities between the two top-listed countries that could account for their high innovation scores. These include the fact that both are high-income countries and provide world standard education with a good educational environment. There is no doubt that these factors are essential for obtaining a top-innovation economy.

However, in other areas, Sweden seems less successful, for example in the area of Information Technology (IT) methods for management, where Switzerland has consistently filed more patents year-on-year.

Now might be time for Sweden to not only continue investing in the telecommunications sector but also to increase the investment in IT-methods for management to secure the top spot on the innovation list.

“The pandemic shows that it may be more important than ever to keep up the development and protection of IP rights.”

IT-methods also include the use of artificial intelligence (AI) to achieve reliable results in all aspects of an organisation/management.

If we assume that AI is part of the IT-methods, Switzerland should be one of the major investors in AI. This is confirmed by an article written by Ernst & Mishra in March 2021 which shows that Switzerland took the lead over Sweden in private AI investment and in publishing AI journal papers and citations from 2018 to 2020.

In the same article, the writers also compare the GII with their own AI efficiency Index, confirming among other things that there is a correlation between the high-quality education and the number of filings of AI patents. Surprisingly, it is also concluded that the high-quality education and the educational environment is not especially correlated with the number of AI start-ups.

In this case, Sweden ranked higher than Switzerland for the number of AI-start-ups, which indicates a more efficient AI index, a similar rank in production of AI-patents but a lower rank in number of AI-related papers and citations for the period 2015-2018.

Apparently, the educational environment in Sweden allows for a better production and innovation of AI in the form of IP rights. In terms of diffusion, ie publication of AI-related papers and citations, Sweden could certainly do much better.

If Sweden wants to be the top leader of innovation, then we need to invest and focus on strengthening our AI leadership, which in turn will increase the total number of patent filings and publications of papers and citations.

Vanessa Bélec is a patent attorney at Fenix Legal. She can be contacted at: info@fenixlegal.eu