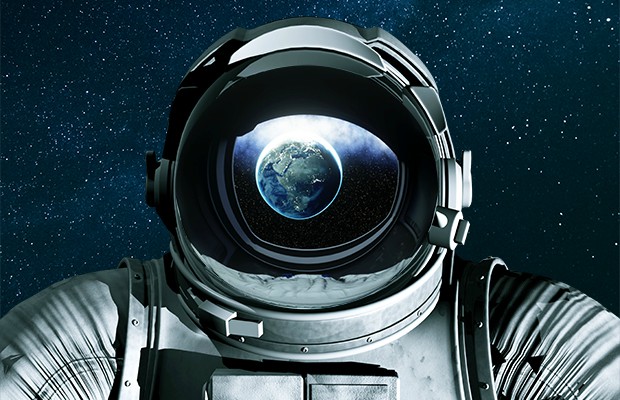 The rise of commercial space exploration could have profound implications for intellectual property rights, as WIPR finds out.

In March, the White House unveiled its 2020 budget, including $363 million to support the commercial development of a lunar lander to carry cargo and astronauts to the Moon.

Additionally, the budget requested $21 billion for the National Aeronautics and Space Administration (NASA), a portion of which would be used to fund partnerships with private companies.

"It’s clear that the intention is to turn outer space resources into recoverable property, and that goes against international law.” - Gbenga Oduntan, University of Kent

The budget reflects a growing shift in the aerospace industry. Off-world missions that were once the domain of state-owned entities are increasingly being performed by licensed private companies.

With the help of government funding and leaps in technology improving accessibility, these private actors are able to take part in an area of much innovation. Protecting their research and development and inventions raises a difficult question: does IP law apply in space?

Out of this world

For the most part, IP laws governing inventions used in space are very similar to those for innovations used on earth. For example, an inventor of a space-related technology or spacecraft must register its IP in the jurisdiction where it was invented.

"The IP jurisdiction where a spacecraft is registered will also govern the IP of any inventions created on board." - Stefan Paterson, Griffith Hack

Stefan Paterson, a patent attorney at Griffith Hack in Australia, says that when a spacecraft goes into orbit, the IP for that spacecraft and its on-board technology will be an extension of the jurisdiction it was registered in.

How does this translate to companies that are now starting to build inventions aboard these spacecraft—in space?

According to Paterson, the IP jurisdiction where a spacecraft is registered will also govern the IP of any inventions created on board.

“The patents for these inventions are still registered with national and international offices and have the same protection as they would if they were on earth,” agrees Alan Brunstrom, a liaison officer at the European Space Agency (ESA).

“Take two manufacturing facilities in space: one registered in the US and the other in China. The US facility company could manufacture a China-patented product and, likewise, the Chinese facility could make a US-protected product,” Paterson explains.

He says the companies could do this freely, without being subject to the limitations that exist on earth, such as customs procedures.

Aside from patents, Paterson says, trade secrets may be a useful way for companies engaged in space-based activities to protect their IP. As long as the IP is not published for others to see, trade secrets run indefinitely and unlike with patents and trademarks, companies do not have to register their IP with a specific authority.

“In that sense you don’t have to worry about jurisdictions, but once you lose your trade secrets, the opportunity to seek patent protection is generally also lost,” he says.

The commercialisation of space is still quite new, Paterson explains, but the costs associated with space exploration are coming down quickly, leading to a boost in space expeditions.

He says this can largely be attributed to technological advancements. As computing power increases, companies can develop much smaller satellites—previously a satellite may have been the size of a car, but now they can be as small as a tissue box.

“A reduction of size means a reduction in the cost of getting it into space,” Paterson says.

The biggest consideration for sending satellites or spacecraft into orbit is weight—the heavier an object is, the more fuel is needed to propel it into space.

According to Brunstrom, one aspect of space activity about to enter a major new phase is moon exploration.

The ESA says it has identified 80 lunar missions planned in the coming decade, up to half of which are commercial missions.

Although there is an interest in mining on the Moon, Brunstrom says the shorter-term goal is not for commercial exploitation—ie, digging up minerals and bringing them back to Earth—but using materials from the surface to manufacture products while still on the Moon.

“Ultimately that will become a commercial operation, but at the moment it is still at experimentation stage,” Brunstrom says.

Another big growth area for investment is micro-gravity research. This is because it is easier and quicker for companies to gain access to micro-gravity environments in space than it is on Earth.

Life sciences work including cell aging research is particularly focused in this ground-breaking area. “There is a lot of valuable IP to be developed there,” he adds.

In 2018, US-based biotechnology company Angiex launched an experiment in space to study the effects of micro-gravity on endothelial cells that line human blood vessels. Angiex is developing a cancer therapy drug that destroys blood vessels in tumours.

In space, blood vessels do not grow as well as they do on Earth, which may also be a cause of astronauts often having higher rates of cardiovascular problems. Angiex launched its experiment to see whether endothelial cells in micro-gravity would be affected by its drug.

In 1967 the Outer Space Treaty, which forms the basis of international space law, was opened for signature by the UK, the US and the Soviet Union. As of February this year, 108 countries were parties to the treaty.

While the treaty states that space is free to be explored by all states, it explicitly forbids any government from claiming a celestial resource.

Article II of the treaty states: “Outer space, including the Moon and other celestial bodies, is not subject to national appropriation by claim of sovereignty, by means of use or occupation, or by any other means.”

With the commercialisation of space, commercial recovery of its resources is starting to take place in the form of asteroid mining.

Asteroid mining is the exploitation of raw materials from asteroids. Minerals can be mined from an asteroid and then used in space as construction materials or brought back to Earth.

In 2015, US congress passed the Commercial Space Launch Competitiveness Act which, in addition to legalising space exploration by private companies, states that a private entity engaged in commercial recovery of an asteroid or a space resource is entitled to ownership of the resource obtained.

In 2016, Luxembourg followed suit with a similar law. In the months leading up to its announcement, Luxembourg’s government revealed that it had invested $28.5 million in the asteroid mining company Planetary Resources.

Gbenga Oduntan, a reader in international commercial law at the University of Kent, says the issue around asteroid exploitation is that the resources are not the US’s or Luxembourg’s to take.

“The US has given companies a right to go into outer space, land on an asteroid, take resources from there and bring them back to Earth for sale or commercial use. Outer space law as we know it does not permit that,” he says.

Although the US act is supposed to “encourage private sector investment in space”, Oduntan says the US provision specifically allows companies to engage in the “commercial recovery of an asteroid resource”.

“It’s clear that the intention is to turn outer space resources into recoverable property, and that goes against international law,” he says.

Additionally, Oduntan says, beginning in 2015 the US granted private companies full rights to innovate in space without regulatory oversight.

“That is scary. The government is saying ‘we are looking away, go out and do whatever you want to do in the name of innovation’,” he says.

While international space laws may not permit the commercial exploitation of space resources, they do allow for scientific research. Oduntan says the treaty allows companies to take reasonable samples of minerals or resources for research purposes.

To infinity, and beyond

As the laws passed by the US and Luxembourg show, the statute laid out by the Outer Space Treaty may not be sufficient in the future.

“I am absolutely certain that over the next decade, states will have to make fresh decisions and move in the direction of fine-tuning the law,” Oduntan says.

“The reality is that private companies want to engage in outer space activities,” he says, which means the laws will need to accommodate the interests of those companies and decide what they are—and are not—allowed to do.

“We cannot allow the law to be led by practice,” he adds.

Regarding the laws in the US and Luxembourg, Oduntan says there is a “strange silence” from the rest of the world. This may be because, despite US companies being “legally allowed” to land on asteroids and bring resources back, it has not been done yet.

“However, things always come to a head when controversy hits,” Oduntan says. “When a company actually brings something back to Earth, the issue will no longer be ignored.”

Brunstrom agrees that the issues of asteroid mining and IP developed on the Moon using the Moon’s resources are very complex, but he holds that we are still a long way from any problems that, for example, commercial asteroid mining might create.

The commercialisation of space is still in its early stages, but many agree that at some point discussion around space activities, in which IP will take centre stage, will be needed.