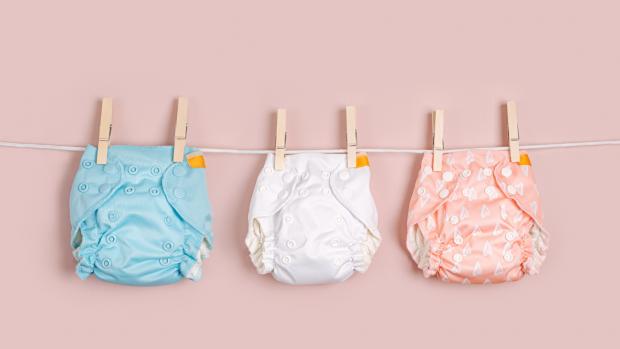 The Delhi High Court has deemed the ‘Super’ nappies trademark to be descriptive and has denied protection, explains Manisha Singh and Malyashree Sridharan of LexOrbis.

Laudatory words are adjectives which may show the quality or feature of a product. Such words can be protected standalone under trademark law only if a secondary, acquired meaning can be proven by the owner. They are considered to be commonly used in the English language and rarely accorded trademark protection.

Even if such words/marks are registered, only when they form a part of the whole mark, they are still available for public use. The courts have on repeated occasions stated that, for marks which are descriptive or laudatory in nature, no ownership can be claimed per se.

The owner of such a mark has to work extra hard to prove exclusive ownership. Brand owners are often advised to adopt and use a coined word/mark which is unique, instead of adopting descriptive words as trademarks, so that they can be entitled to exclusive use. Only in the case that such a word has acquired distinctiveness or has attained the status of a well-known mark after years of use and popularity, can it be registered and used exclusively by a single owner.

While deciding the case of Soothe Healthcare Pvt v Dabur India, a division bench of the Delhi High Court stated that no prima facie case was made against the respondent (Dabur) under the alleged claims of trademark infringement and passing off since the mark in question was “common and laudatory”.

The appellant, Soothe Healthcare (Soothe), is an Indian company established in 2012 engaged in the manufacturing, distribution, and marketing of various hygiene and sanitary products. Soothe obtained registrations for various marks such as ‘Super Cutesters’, ‘Super Cutes’ and ‘Super Cutez’ in class 5 (relating to pharmaceuticals and other preparations for medical or veterinary purposes) in 2019 and 2020. It then commenced use and started manufacturing baby nappies under these marks.  It also claimed to enjoy goodwill and reputation with regards to these marks.

Dabur is one of the oldest Indian consumer goods companies, and was established in 1884. It ventured into manufacturing baby nappies in October 2021, under the name ‘Super Pants’. It claimed to have sought registration for the mark ‘Super Pants’, as a composite mark, which included its registered trademark ‘Dabur’ as well.

The cause of action arose when the Soothe found out about Dabur’s mark ‘Super Pants’ and sent cease and desist notices, demanding Dabur to stop using this mark. Dabur had replied to the notice. Aggrieved, a suit was filed by Soothe, alleging trademark infringement and passing off before a single bench of the Delhi High Court, along with an application for injunction.

However, the injunction application was dismissed by the Delhi High Court. The judge was of the opinion that besides the word ‘Super’ there was no similarity in the packaging of the rival products regarding colour combination. It also found that Dabur’s product has many distinguishing features on it, so prima facie no infringement or passing off was established. The dismissal of the said application led to the filing of an appeal by Soothe before the Division bench of the Delhi High Court.

The courts have on repeated occasions stated that, for marks which are descriptive or laudatory in nature, no ownership can be claimed per se.

As a prior user, Soothe claimed in its appeal that the rival marks were deceptively similar and were being used for identical goods. As per its claim, Dabur did not adopt its mark, as it copied the essential elements from the ‘Soothe’ marks.

The main crux of Dabur’s submission was that a common, non-distinctive, laudatory word such as ‘Super’ cannot be offered protection under the trademark law. Soothe had registered the word ‘Super’ in conjunction with other words and could not be allowed to claim trademark ownership on parts of the composite mark in isolation. The word was being used by various other baby nappy manufacturers as well. It also claimed that the packaging of its product was different from the ‘Soothe’ product. Dabur further contended that since Soothe filed documents showing use of its mark since 2020, it could not establish that the mark has acquired secondary meaning and has become distinctive for the applied goods.

The division bench, after hearing the contentions of both the parties, also concurred with the findings of the judge and opined that neither Dabur’s mark nor packaging infringe Soothe’s trademarks, nor do they have the effect of passing off their products.

Supporting Dabur’s argument, the court said that the word ‘Super’ is laudatory, descriptive and is commonly used by various manufacturers in similar lines of business.

A visual comparison of the packaging of both the products showed that apart from the word ‘Super’, everything differed, including the colour scheme. The prominent display of the mark ‘Dabur’ on its product would anyway clarify any sort of confusion. Exclusivity on the word ‘Super’ could not be claimed as it was used in conjunction with other words by Soothe, and with the word ‘Pants’ by Dabur. The disputed word was only used in a descriptive manner.

The court went on to say that the judgments relied upon by Soothe were not applicable to the facts of the case and that there was “no question to the proposition that even an ordinary word or a descriptive word, if acquires a secondary meaning and has acquired a distinctive character, can be protected by way of an injunction when identified with a particular product or being from a particular source. Dabur’s mark ‘Dabur Baby Super Pants’, when taken as a whole, cannot be termed as deceptively similar to Soothe’s registered marks ‘Super Cutesters’, ‘Super Cutes’ and ‘Super Cutez’.”

Soothe could not claim that the word ‘Super’ appearing in its registered mark has acquired a secondary meaning or a distinctive character when used on its products.

Considering the above stated reasons, the Delhi High Court held that the marks and packaging were distinct and refused to grant permanent injunction against Dabur.

To conclude, as stated in the beginning, descriptive marks are as such incapable of securing registration on their own, unless they have an acquired meaning or have become well-known. Soothe could not prove that the word ‘Super’ was exclusive to it for the goods in question by virtue of the above stated reason. ‘Super’ was considered to be descriptive even though it was registered in conjunction with other words.

The real challenge in such cases (involving common or laudatory terms) is to prove the distinctive nature of the word/mark, that it has not been used in a descriptive manner, that the public associates the said word/mark with the owner’s brand only and that the opposite party’s mark is nearly identical. If the owner fails to prove this, they might not stand a chance to claim rights on such a mark.

The case illustrates the advantage of selecting distinctive words as your trademark so that you can protect your market share.

Manisha Singh is a partner at LexOrbis. She can be contacted at: manisha@lexorbis.com.

Malyashree Sridharan is an associate partner (trademarks, copyrights and designs practice) at LexOrbis. She can be contacted at: malyashree@lexorbis.com.