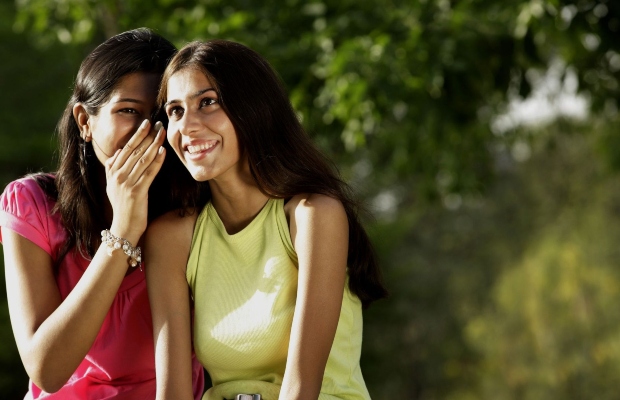 Standard-essential patent owners are looking to the Supreme Court of India to iron out the quirks of ‘confidentiality clubs’ in litigation, explain Pankaj Soni and Ankush Verma of Remfry & Sagar.

Many, if not most, patent litigation suits are the result of a breakdown in licensing discussions between the rights owner and the implementer. Standard-essential patents (SEPs) litigations are, perhaps, the poster child for this failure.

Without trivialising the complexities involved SEP litigations, the fundamental underlying dispute in an SEP litigation hovers around whether the patents in question are essential to a standard, and what an obligation to license the technology on fair, reasonable and non-discriminatory (FRAND) terms entails.

When dealing with the latter situation, the SEP holders and the implementers are at different price-points in their interpretation of the FRAND obligation and, increasingly, the breakdown leads to a SEP litigation.

Once initiated, the parties and, more particularly, the implementer jostle on the applicable royalty rates. One theory that has evolved in recent years is the understanding that FRAND obligations of SEP holders must be driven by comparable licences, ie, licences taken by other parties, and the defendant/implementer should be given the benefit of the existing licences to even their business playing field.

This results in a requirement that the SEP holder shares information relating to the comparable licences so that it can establish that its licence offer to the defendant/implementer meets its FRAND obligation.

Consequently, and noting that the productiveness of such an exchange can be debated, patent jurisprudence has created mechanisms to preserve confidentiality of information and ensure that exchange of such information takes place while balancing the interests of both parties.

Procedurally, a ‘confidentiality’ or ‘external eyes only’ club is created by a court to restrict access of confidential information to a select group (the ‘club’) of individuals. The club typically comprises outside counsel and external representatives of the parties to a litigation, who review the information and advise their clients so that a speedy resolution can be reached.

If only things were that simple.

Clubs in India: the beginnings

In the recent years, confidentiality clubs have gained prominence in patent litigation in India, especially in SEP litigation and what has emerged is a diverging school of thought from the judiciary.

Being a fairly new concept in Indian jurisprudence, the first decision in India involving the creation of a confidentiality club in an IP matter occurred in 2012. In MVF 3 APS & Ors v M Sivasamy and Ors, a case related to infringement of copyright and breach of confidentiality vis-à-vis trade secrets, the Delhi High Court needed to come up with a mechanism to manage the confidential documents that were to be filed under sealed covers/boxes with the registrar, based on directions issued by a UK court where the parties were also locked in a battle.

A club was constituted with counsels of both parties who were bound by confidentiality and given access to the documents, in camera, or in the judge’s chambers.

Taking this a step further, proactively, the Delhi High Court promulgated its Original Side Rules, 2018, and specifically allowed for creation of confidentiality clubs. These rules do not require a specific constitution of the club, and it is left to the parties to come up with a framework of the constituent members.

However, by way of an illustrative structure, the rules suggest that only advocates, who are not, and have not been, in-house lawyers of either party and external experts should be members of the confidentiality club.

“In practice, courts have taken divergent views on eligibility with respect to membership of these clubs.”

Since 2012, courts have been exploring the intricacies involved in the setting up of such clubs. As one might expect, in practice, courts have taken divergent views on eligibility with respect to membership of these clubs and, therefore, the battle has only just begun.

For example, in 2016, the Bombay High Court in Pfizer v Unimark Remedies allowed setting up a confidentiality club with the proceedings to be held ‘in camera’, but it permitted representatives of the parties to become part of the confidentiality club.

However, following a more traditional approach, in 2017 the Delhi High Court in Telefonaktiebolaget LM Ericsson (PUBL) v Xiaomi Technology & Ors, allowed setting up of a club consisting only of external lawyers and experts of the parties. The court also directed that recording of evidence relating to the confidential documents should be done only in the presence of the members of the club.

However, in late 2020, in Interdigital Technology Corporation & Ors v Xiaomi Corporation & Ors, the Delhi High Court altered its position and took a more expansive view, permitting in-house representatives of the parties to become members of the confidentiality club. With the reasoning set out below, the court refused Interdigital’s proposal of a two-tiered club wherein the inner tier would be external eyes only and the outer tier would be accessible to all representatives.

The court noted that in SEP cases, one relief a plaintiff typically seeks is an order that directs a defendant to seek a licence on FRAND terms. If, as in this case, Xiaomi’s representatives were denied access to comparable licences that the plaintiff had given to other companies, it would not be possible to propose a royalty rate offer which would be consistent with a feasible FRAND counteroffer.

The court delved into the Bar Council of India (BCI) regulations on the attorney-client relationship, and the duties of an attorney to represent his/her client to the best of his/her abilities. It noted that because an attorney is required to always act on specific instructions from a client, the creation of a two-tiered confidentiality club would hamper the advocates for the defendant from taking instructions from the client as documents in the inner tier would not be accessible to the client’s representatives. Therefore, the court opined that its approval of a two-tiered confidentiality club would violate the BCI regulations.

“Should natural justice be a factor in the creation of a confidentiality club?”

The court was of the opinion that Interdigital’s request should be ascertained in the backdrop of ‘fair play jurisprudence’, as it exists in India. Non-accessibility to the documents in the inner tier of the confidentiality club by the defendants and their representatives would be contrary to the canons of natural justice and fair play.

Similarly, the defendants should be able to access comparable licence agreements made with third parties lest such exclusion would result in serious and irreparable damage to the fundamental principles of natural justice, fair play, and due process.

While the court granted liberty to Interdigital to redact confidential portions from documents, the court unequivocally maintained that Interdigital could not rely on such redacted material, and permitted Xiaomi to plead that specific details cannot be unjustifiably redacted that are necessary for putting up a substantial defence.

It is noteworthy that in refusing the two-tiered structure of the confidentiality club, the court did not find the practices adopted by foreign courts persuasive, where such two-tiered confidentiality clubs have been created. In a sliver of hope for future cases, it has nevertheless left the door open for the creation of such an arrangement if both parties arrive at an understanding for such a structure.

More recently, in Koninklijke Philips v Oplus Mobitech India & Ors (2020), Philips opposed the inclusion of in-house representatives of the defendant in the confidentiality club. Since the parties differed on this aspect, the Court has constituted the confidentiality club excluding in-house representatives and has put this issue on hold as it waits for a decision from the appeal filed by Interdigital in the above Interdigital v Xiaomi matter.

The appeal has been filed before the Supreme Court of India, so all eyes are now on the apex court.

Given the diverging schools of thought and the nuances related to confidentiality clubs, it is clear that the mechanism is still evolving in India. There may always be disagreement between the SEP holder and some implementers as to who should have eyes on the confidential information.

There are several issues in play and we hope the Supreme Court will reflect on the matter before it by looking into how confidentiality clubs will protect confidential information and balance rights of parties’ access to such information.

For example, should natural justice be a factor in the creation of a confidentiality club? If so, should confidentiality be subservient to natural justice? Are third-party rights worthy of protection because it is their information that is being shared with business competitors by expanding the constitution of the club?

Is attorney-client relationship a valid reason to expand the constitution of confidentiality clubs given that outside attorneys and external experts are equipped to review and analyse confidential documents and, thereafter, advise the defendant/implementer on a FRAND rate strategy?

Should business factors be considered in deciding the contours of confidentiality clubs? Should market size, monopoly issues, holdout dynamics come into play to decide if the implementer really needs eyes on confidential information?

Should documents be classified based on their degree of sensitivity such as confidential/highly sensitive, etc, so as to justify the creation of tiers? If the terms of the confidentiality club include deterrent clauses to ensure compliance by members vis-à-vis confidentiality obligations does that allow an expansive construction of the club?

These, and other, questions need to be addressed with respect to confidentiality and, as SEP battles in India are set to increase in India in the coming years, we await the decision of the Supreme Court to see what guidance is given by the top court.

Pankaj Soni is a partner at Remfry & Sagar. He can be contacted at: pankaj.soni@remfry.com

Ankush Verma is a managing associate at Remfry & Sagar. He can be contacted at: ankush.verma@remfry.com